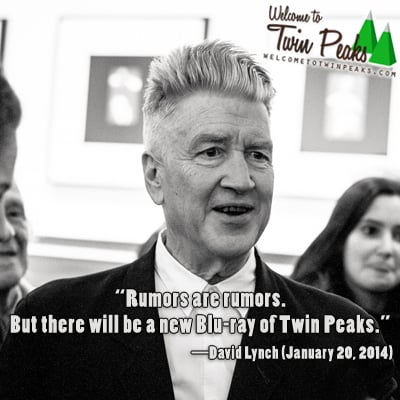 Rumors are rumors, but here you have it “straight from the horse’s mouth“, as Jennifer Lynch would say.

Welcome to Twin Peaks has obtained an exclusive video of David Lynch personally announcing the upcoming Twin Peaks Blu-ray and dismissing all Twin Peaks rumors once and for all.

After a screening of the David Lynch Foundation‘s Meditation, Creativity, Peace documentary at Tel Aviv Cinematique in Israel, David Lynch —on his own birthday!— participated in a Q&A session with the audience from his home in L.A. via Skype. When asked about a recent rumor regarding a Twin Peaks shoot that was mistaken for a “return to Twin Peaks” by news outlets worldwide, the director answered:

Rumors about a 3rd season of Twin Peaks or even a new Twin Peaks movie have been shot down several times in the past by people close to the director, including Mark Frost and Jennifer Lynch, but this is the first time David Lynch has dismissed them personally and publicly.

More excitingly, he continued by announcing one true fact: the future release of the Twin Peaks Blu-ray that will include the pilot, season one, season two and “some special things that haven’t been seen before“.

Is he referring to the Twin Peaks: Fire Walk with Me deleted scenes or the new footage they recently shot with Ray Wise and other actors in L.A.? Or both? Also take note that did not mention the inclusion of Twin Peaks: Fire Walk with Me, although this has been confirmed by multiple reliable sources (UPDATE: including Ray Wise). No official release date and other specifics yet, but there’s been quite some speculation about those already.

Many thanks to Amir Vogel from Tel Aviv for sending in the footage! And Ido Rosen for asking the question in the first place. UPDATE: The film journalist asked the director: “Earlier this month, the Internet was filled with rumors about you working on a new Twin Peaks project. What can you tell us about that?” to which David Lynch replied: “These are rumors.”  Ido, not satisfied with the short answer, continued: “So I shouldn’t believe it?” And then here’s the complete transcript of David Lynch’s response:

“No. Rumors are just that: rumors are rumors. There’s always been rumors about things and there’s no real truth to it. I don’t know where these rumors come from, but I think they were based on some misunderstandings of what’s going on. It’s true that there will be a new Blu-ray of Twin Peaks: the pilot, the first season, the second season and there will be some special things on that Blu-ray that haven’t been seen before. That’s about all I can say.”

If you’re excited about these unseen “special things”, then why don’t you snap your fingers for the Let’s Rock! project, a crowd-sourced music video for “Dance of the Dream Man”? 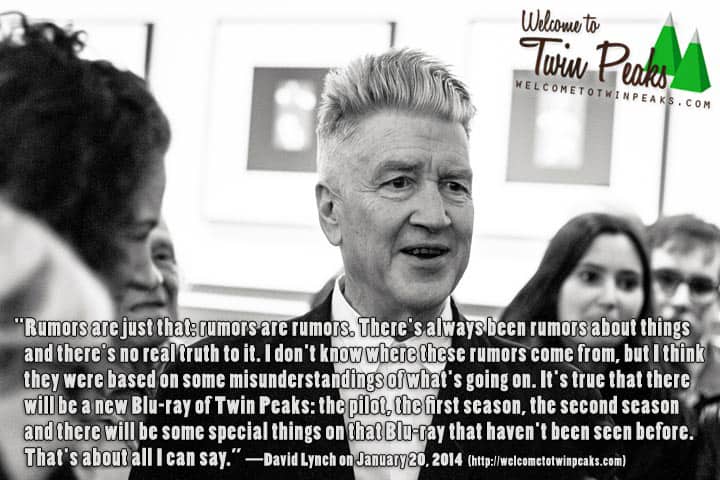 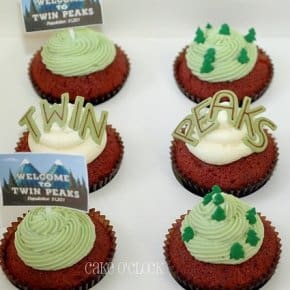 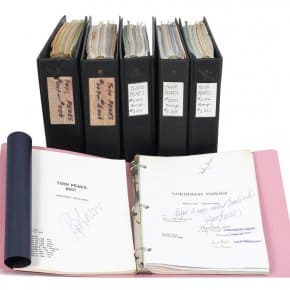