The British Board of Film Classification yesterday rated the additional material that will be part of the upcoming Twin Peaks: The Third Season Blu-ray release. The following titles and runtimes can be found on the BBFC website:

Every segment has been rated aged 15 and up, except for “See You On The Other Side Dear Friend” and “Bad Binoculars,” which were both classified for 12 and up.

Only “Bad Binoculars” and “The Number Of Completion” are literal references to lines by Jerry Horne and Dale Cooper. We know a lot of interviews and behind-the-scenes footage were shot during production, so perhaps quotes from cast and crew serve as titles for BTS documentaries? “Martin,” for instance, could refer to set decorator Florencia Martin or driver Martin Tajra.

UPDATE: In addition to the Season 3 material above, this additional production material from Season 1 was rated as well: 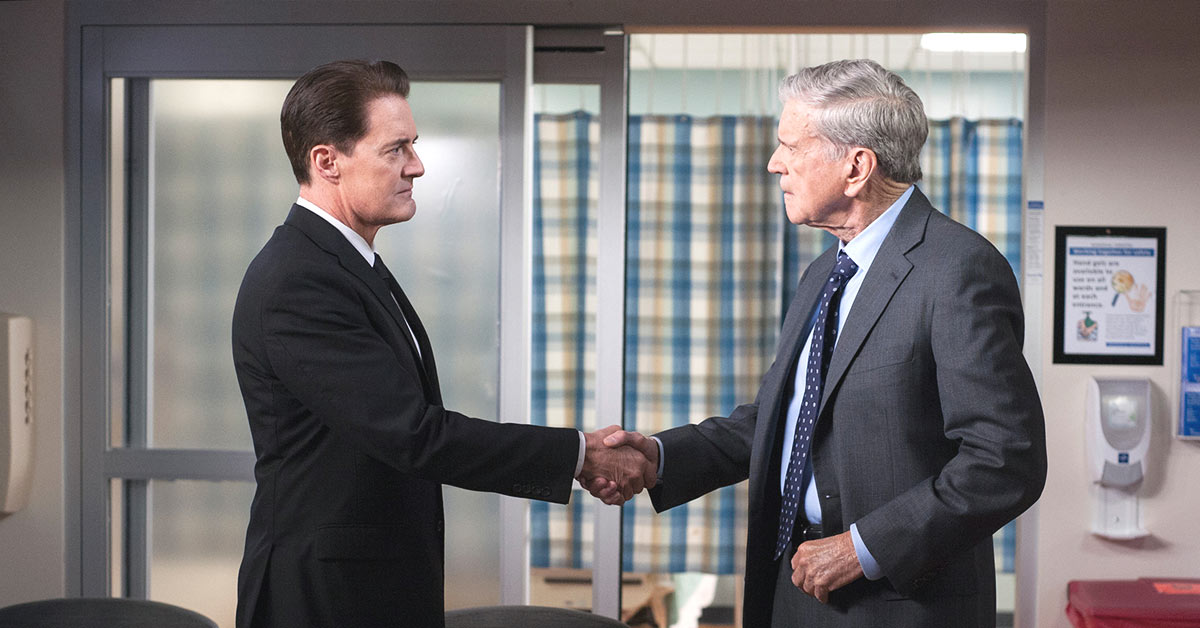