In an interview with British magazine, SciFiNow, Mark Frost gives us a good chunk of hope that we’re going to see those much-anticipated deleted scenes from Twin Peaks: Fire Walk With Me after all.

There’s a large chunk of the movie that’s never been seen because David (Lynch) had to cut it down to a more manageable length for release, and we’re hoping that sometime in the next couple of years we’re gonna be able to release those scenes. There’s about 45 minutes of material so that’s something people will be able to see pretty soon.

Further in the interview, he is asked how many season he had in mind for Twin Peaks if the show hadn’t been axed after its second season.

Well, I know we were certainly geared up to do a third year. The number five always stuck in my head. I felt we had started something that – with our full attention – could have ran for five seasons. It was what it was then, and who knows what will happen in the future, so we’ll see.

Make sure you dig into Dugpa’s excellent script-to-screen comparison (part 1, part 2, part 3 and part 4) if you want to get an idea of what to expect of the deleted scenes. 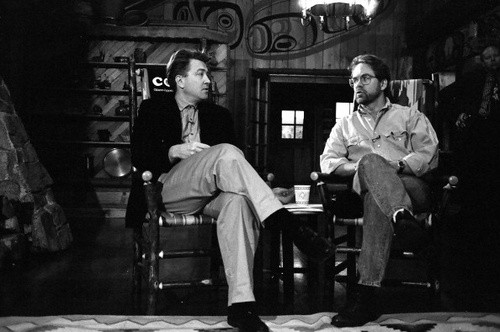 Mark Frost: Twin Peaks Fire Walk With Me Deleted Scenes Close To Release is peaking on Facebook with 1323 shares
Share it with your, excuse me, DAMN good friends