Tonight, on the 27th anniversary of Twin Peaks, Spoke Art NYC will open its doors for “In Dreams,” a group art exhibition entirely inspired by David Lynch’s cinematic work. It’s the second time the contemporary art gallery pays tribute to David Lynch, but their first time in New York City.

Over 80 artists worldwide have contributed paintings, sculptures and fine art prints referring to characters, scenes or lines from the director’s debut feature, Eraserhead, to… well, maybe not Inland Empire, but definitely Mulholland Drive. All pieces are for sale, with a portion of the proceeds going to the David Lynch Foundation. For inquiries, e-mail [email protected]

The show runs from April 8 through April 30 at Spoke Art’s recently established NYC location on Rivington Street. Opening night (between 6 and 9 PM) will have free beer from Bronx Brewery (Heineken? F* that sh*t!), a raffle giveaway to select screenings from Roxy Cinema’s upcoming David Lynch retrospective, and a Black Lodge photo booth. The first hundred guests will receive free tickets to the Roxy’s May 1 showing of “Twin Peaks: Fire Walk with Me.” And the music in the air will be curated by Welcome to Twin Peaks.

UPDATE: Art and prints are now available for purchase. 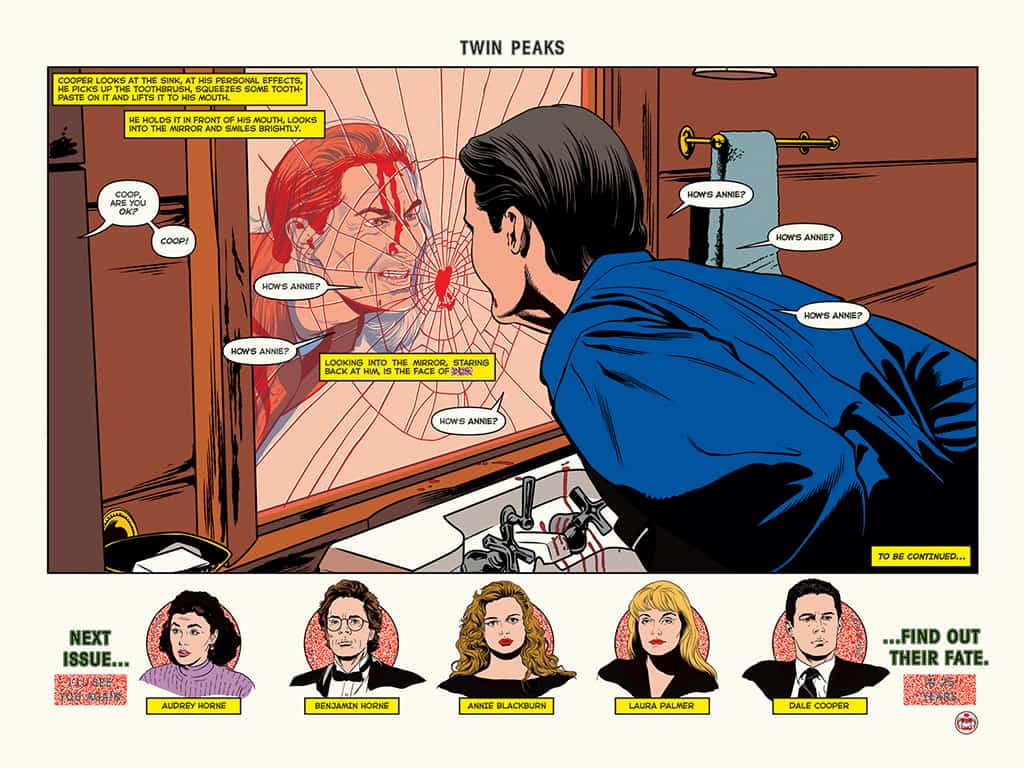 David Lynch Tribute Art Show “In Dreams” Presents The Work Of 80+ Artists Worldwide has already gone places with 2587 Pinterest shares
You can just stay where you are, but please share this post