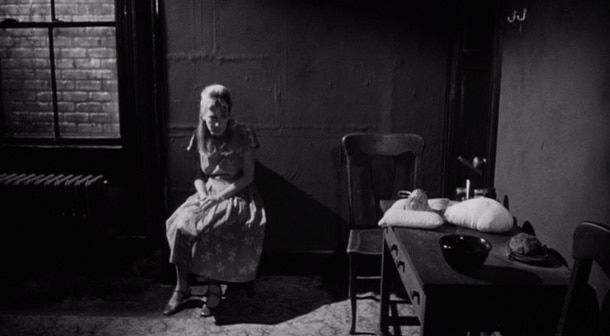 For many people, Eraserhead is an arty, confusing, and horrific film. They find it difficult to watch, and are just generally repulsed by the entire affair.

So perhaps it’s no wonder that after 37 years, the film is still a cinematic mystery. There is no general agreement about what it all means. The film has become highly influential —launching David Lynch’s career and the phrase “Lynchian”—but yet it remains a great unsolved puzzle.

Recently, I’ve realized that Eraserhead has a profound and positive message. It’s a message many people can relate to and which has the potential to resonate powerfully within their own lives.

Sound crazy? Yes. But stay with me.

Many people believe that Eraserhead is primarily about the anxiety of becoming a parent. Specifically, they believe that the film depicts a fear of fatherhood and the responsibilities that role entails. And they are right, to a certain extent—the film most definitely raises those issues.

But in a recent interview, David Lynch states that, to date, no one has come up with his interpretation of Eraserhead. While there are many theories about the film, none of them reflect his personal vision for it. Therefore, the film must be more than an exploration of the horrors of child-rearing. Lynch’s true intention remains a mystery.

I believe that’s because Lynch has hidden his clues very well in the film.

Eraserhead, it seems to me, is largely about fear and the effect that emotion has on the mind. I think the film shows how we can confront fear, destroy it, and embrace bliss.

David Lynch’s surreal films are filled with abstractions, symbols, and codes. And his films are intensely psychological. This is especially true of Eraserhead. David Lynch describes the film as “A dream of dark and troubling things.” I would emphasize the word “dream” in this synopsis. I believe the film takes place entirely within the mind and that everything we see represents the way Henry’s mind works. 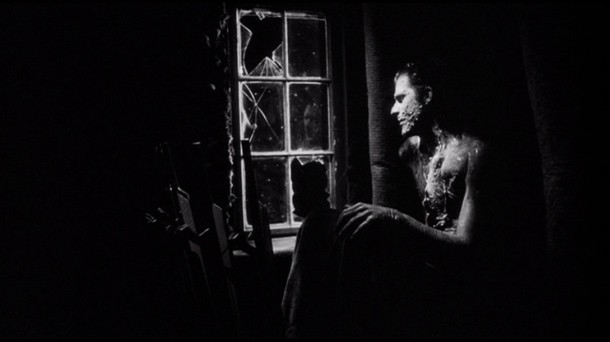 The film opens with a puzzling sequence. While Henry’s head floats in space, a strange, deformed character called The Man in the Planet stares out a window and pulls some levers, causing a weird creature to come out of Henry’s mouth, a puddle to appear, and the creature to splash into it. It is then birthed into Henry’s world. It is a creature which looks very much like the Baby that Henry stabs at the horrific climax of the film.

In Eraserhead, the Baby drives Henry’s wife away. It keeps him trapped in his room. Henry fears that it will replace him. It stops him from pursuing an affair with his beautiful neighbor. It mocks him.

So Henry stabs it and kills it.

This is why many people find Eraserhead too terrible to watch.

But what is this creature, the Baby, and why was it created?

From the opening sequence we know that The Man in the Planet lives in a shack with a puddle of some sort outside of it. He stares out of a window. Henry appears to scream and The Man in the Planet reacts to something he sees outside. But we don’t know exactly what it is. We just know that afterwards he pulls the levers, creating the creature.

We don’t find out what he was reacting to until late in the film. 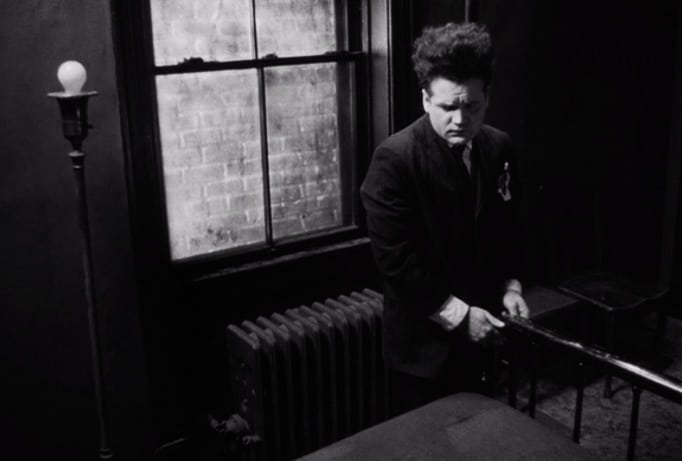 Throughout the movie, we are repeatedly shown ominous shots of a window in Henry’s apartment. It appears to have paper bricks plastered on the outer glass of the window.

At the beginning of the third act, the bricks seem to disappear and Henry finally looks out the window. He sees an assault in the street by a puddle.

If the movie takes place within Henry’s mind, then the bricks represent an attempt to repress something. When the bricks are take away, we see what was hidden behind them.

So when Henry kills the Baby, what is he actually killing? Does the Baby perhaps represent something else?

I believe that Henry is killing the fear within his mind when he kills the Baby.

David Lynch has repeatedly stated that Eraserhead is his Philadelphia Story. And for him, Philadelphia was a place of fear.

Fear, and therefore the Baby, was created by witnessing a violent assault in the street. The Baby’s “parents” are the violent act and Henry’s reaction to it. Throughout the film Henry represses the true source of his fear. 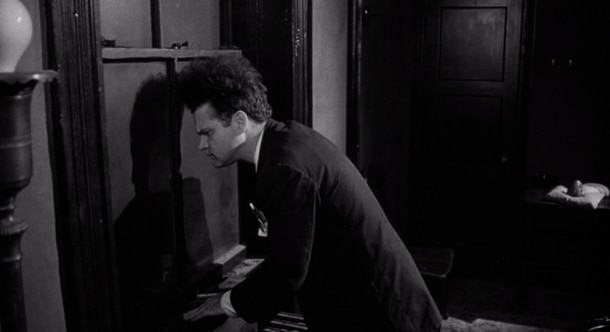 After the Baby is stabbed, a strange white substance begins to ooze from its organs, engulfing its body. Its head tries to escape from it.

Once Henry faces fear in the climax, he sees it for what it truly is—a dark planet. It begins to blow apart, and The Man in the Planet is eventually overcome by the same substance as the Lady in the Radiator’s cheeks. Henry then embraces bliss, literally.

Therefore, the film is ultimately about confronting fear, destroying it, and embracing bliss. A powerful and inspiring message for anyone who, like Henry, lives in a world of fear—you can get out of it.

I’ve written a lengthy analysis of Eraserhead, describing my journey with the film and how I arrived at my interpretation. I’ve also included an annotated script, which I created by watching the film and transcribing what I saw. You can read my Eraserhead essay and script transcription here.

David Johnson is an Emmy Award-winning writer/producer based in Olympia, WA and longtime David Lynch fan. He once dissected Eraserhead LIVE at SIFF.