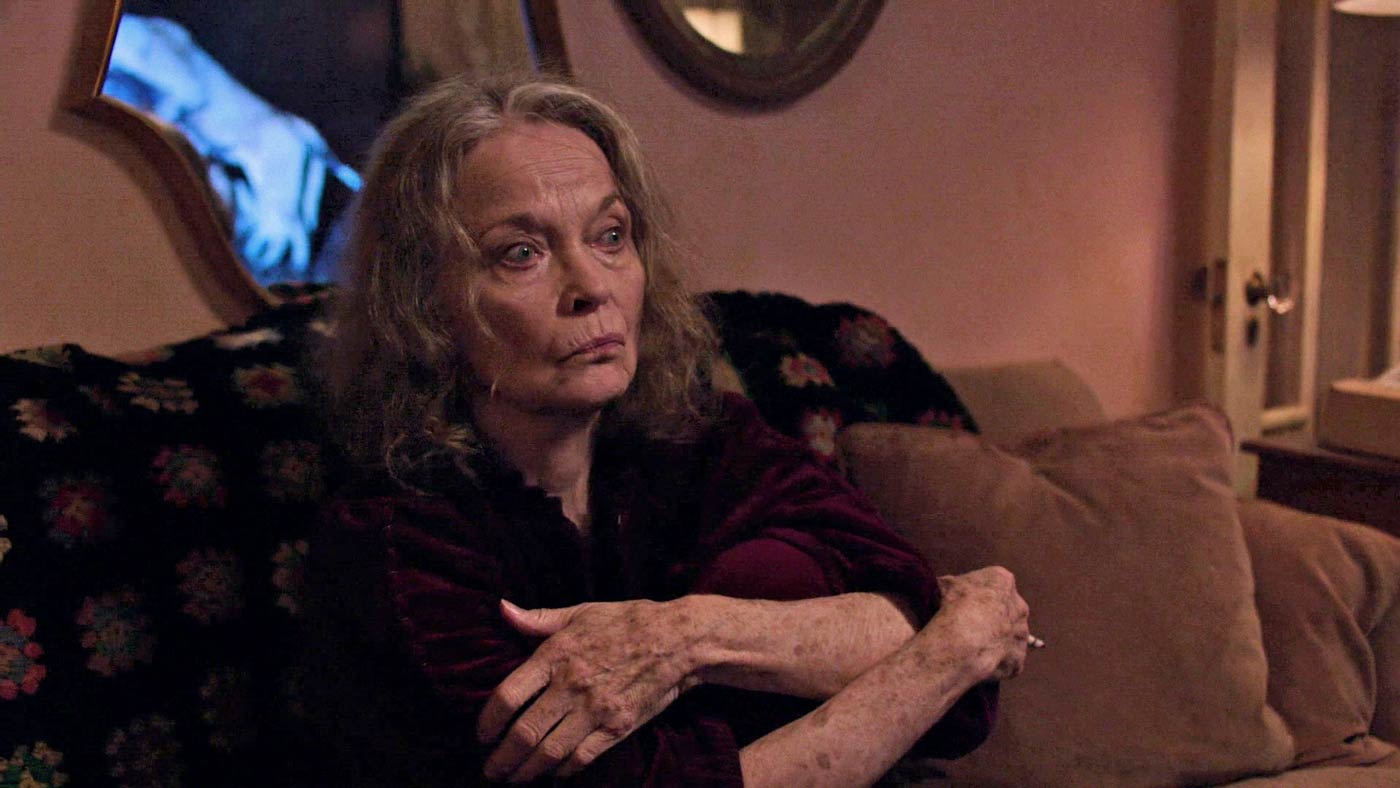 In this next edition of The Fireman’s Listen To The Sounds, a fascinating discovery in Twin Peaks: The Return Part 2 by YouTube user maskelibalon.

Similar to the ‘Easter Egg’ in Part 8’s Woodsmen scene, an existing song has been discovered in Sarah Palmer’s debut in the new series. When Laura’s mother is watching a pride of lions gruesomely taking down a water buffalo, parts of David Lynch’s “Last Call” —a song from his 2013 album, The Big Dream— can be heard at super slow speed. The song, in which he sings about missing his baby and time running out, was identified after speeding up the scene four times.

By increasing the song’s volume every close-up of the humongous TV screen, sound designer David Lynch seems to suggest it is the soundtrack of the documentary, instead of the scene. The lyrics have been cut up, but you can basically hear David Lynch sing the words ‘George,’ ‘Pete,’ ‘bulb,’ ‘soon,’ ‘home,’ and ‘last.’

So, Sarah Palmer listening to a song named after a bar term and watching predators eat an animal’s face off sure seems foretelling. But even if there’s no other reason than adding to the already amazing mood set by Grace Zabriskie’s powerful performance, it’s another compelling example of how David Lynch is blending in his body of work into The Return, and doing that in a creative, almost undetectable way.

Also in this scene, and I’m not sure if this is a nod to the happy accident that spawned Killer BOB or just a very coincidental goof, but you can see the reflection of a hand holding camera equipment in one of the mirrors behind Sarah Palmer, just like set dresser Frank Silva’s face unintentionally appeared in the Pilot. 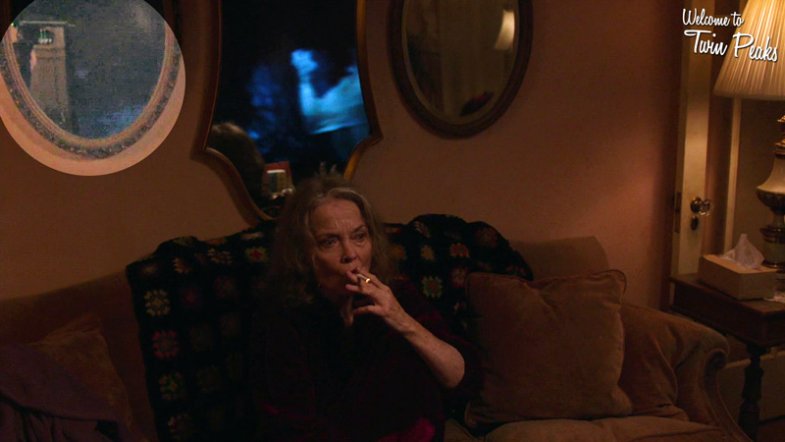 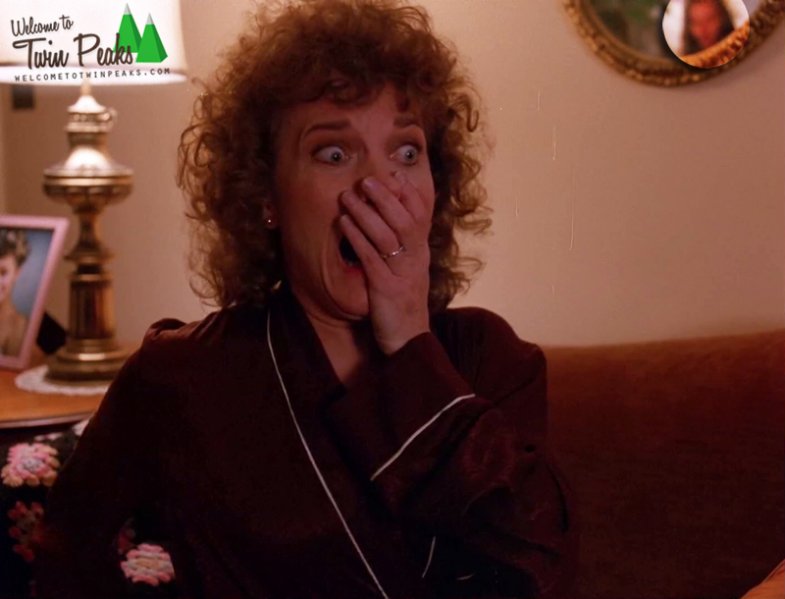 And by the way, has anyone identified the nature documentary or stock footage Sarah is watching?

Hat tip to Artiom Barkun for pointing me to the video. Have you stumbled upon something interesting about the new series? Please reach out!

Gotta bulb with a ladder
Hang a Pete balloon
I miss you so much, baby
Hope you come back home real soon
Real soon

One foot had a red sock
The other had blue
It’s Tuesday, baby
Where are you?

That right sock was red
and the left sock was blue
I’m guessing, baby
Wednesday’s for you

Gotta Gordie kazoo
and a Bill piccolo
It’s Thursday, baby
and I miss you so
Missed you so 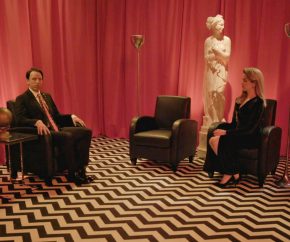 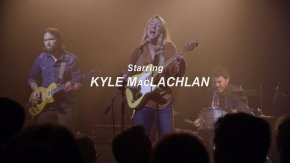