Here’s to many more years, much more art and   good health.

And it’s not by chance that today is also…

The 2nd anniversary of Welcome to Twin Peaks!

It’s been a great past year for our community, as I already indicated in “12 Reasons Why 2012 Was Another Damn Good Year For Twin Peaks Fans.”

And the blog’s going strong too. The past 365 days…

Oh, and we got a SHOUT-OUT FROM MARK FROST!

A huge thanks to all of you; visitors, fans and followers, for the continuous support. By liking, sharing, commenting, retweeting, and definitely by creating and sending over all the Twin Peaks inspired art, music, photos and discoveries!

It might be a cliché, but this really is all about you. You keep this fire burning.  So let’s put another log on the fire, shall we? 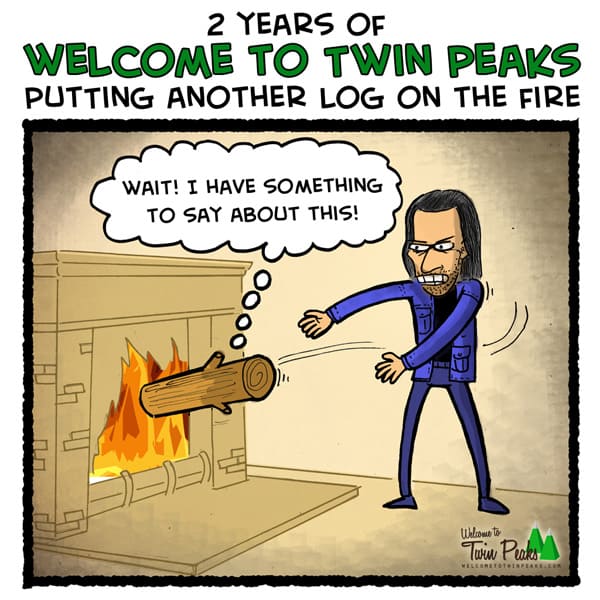