Diane, 11:30 AM, February 24th. Entering the town of Twin Peaks, five miles south of the Canadian border, twelve miles west of the state line. I’ve never seen so many trees in my life. As W. C. Fields would say, I’d rather be here than Philadelphia. Fifty-four degrees on a slightly overcast day. Weatherman said rain. If you could get paid that kind of money for being wrong sixty percent of the time, it’d beat working. Mileage is seventy-nine thousand three hundred forty-five, gauge is on reserve, riding on fumes here, I’ve got to tank up when I get into town. Remind me to tell you how much that is. Lunch was, uh, six dollars and thirty-one cents at the Lamplighter Inn, that’s on Highway Two near Lewis Fork. That was a tuna fish sandwich on whole wheat, slice of cherry pie, and a cup of coffee. Damn good food. Diane, if you ever get up this way that cherry pie is worth a stop. Okay. Looks like I’ll be meeting up with the, ah, Sheriff Harry S. Truman. Shouldn’t be too hard to remember that. He’ll be at the Calhoun Memorial Hospital. I guess we’re going to go up to intensive care and take a look at that girl that crawled down the railroad tracks off the mountain. When I finish there I’ll be checking into a motel. I’m sure the sheriff will be able to recommend a clean place, reasonably priced. That’s what I need, a clean place, reasonably priced. Oh Diane, I almost forgot. Got to find out what kind of trees these are. They’re really something. 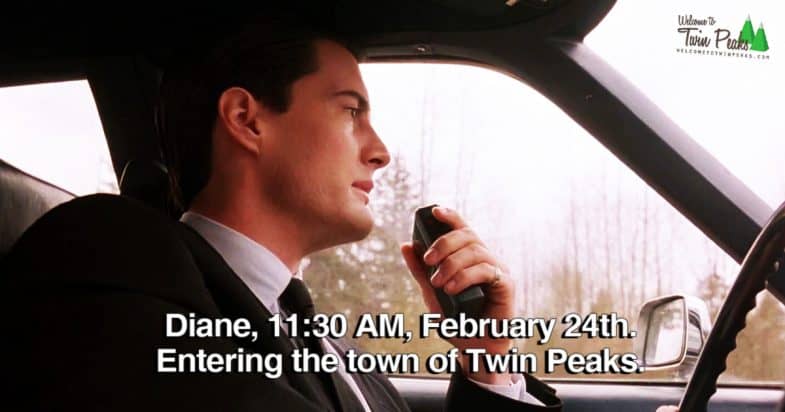