There’s nothing better to watch on a Sunday night than David Lynch eating a doughnut. At least for now.

Exactly a year after the location teaser featuring Michael Horse and two years after David Lynch ate a David Lynch doughnut in Philadelphia, Showtime released a teaser showing the director silently eating a glazed one. Somebody off-camera is holding a cup of —safe to assume— coffee while we hear a slowed-down version of the Twin Peaks theme.

The teaser announcing Gordon Cole’s return was published at 9 PM on Sunday night, possibly a hint of the day and time the new series will air on Showtime in 2017, and aired right after Shameless.

UPDATE: The video is currently trending on Facebook and people are discussing it everywhere. Is it officially the first (virtual) watercooler moment of the new series? Is David Lynch in character, or was it filmed between takes? Where is he? Who is he looking at? And what’s up with the background music? 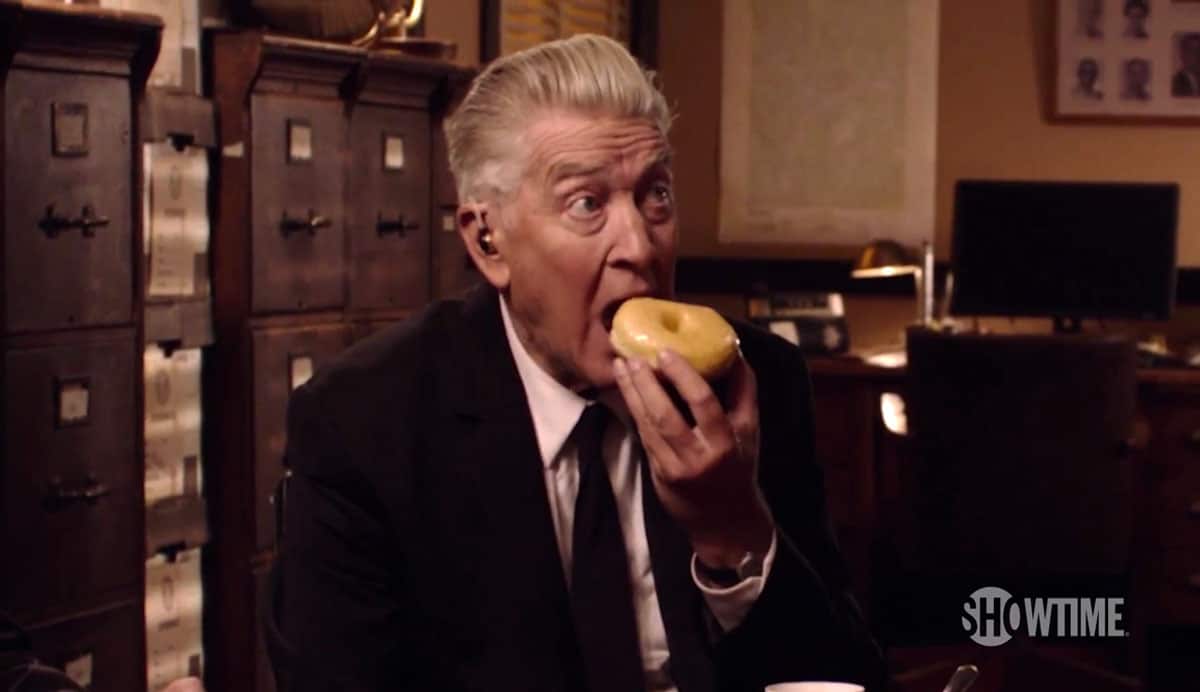 Gordon Cole Eating A Doughnut Is David Lynch's Way Of Teasing His Character's Return To Twin Peaks (Video) has already gone places with 7849 Facebook shares
You can just stay where you are, but please share this post