At the 2012 Camerimage Festival in Poland, David Lynch was honored this past Saturday with the Lifetime Achievement Award for Directing. After walking on stage to the sound of the Twin Peaks theme, the awardee broke into the following speech:

This is very moving and it makes me so happy to receive this beautiful award from Camerimage. The Camerimage gang have been my friends since the year 2000. In the year 2000, when I first came here, they lost my luggage. I would like to add my congratulations to the great Camerimage film festival upon their 20th anniversary. Every year, this festival gets bigger and better.

David Lynch was also given the keys to the city by Rafal Bruski, president of Bydgoszcz where the festival takes place, to which the director responded: “This is very beautiful, but President Bruski, it is very dangerous to give me the keys to your city!”

Here’s a video report of the festival, with the following key moments: David Lynch receives the keys to the city of Bydgoszcz (at 02:30) and the Lifetime Achievement Award for Directing goes to David Lynch (3:30).

David Lynch also designed the film festival’s poster for its 20th anniversary year. You might recognize the seeing hand from his short DREAM #7: Egg of Thought. 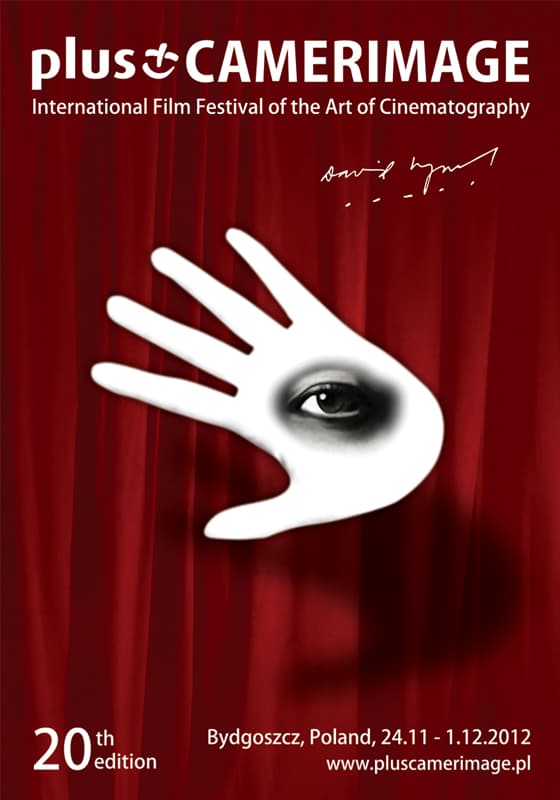