Bliss is physical, emotional, mental, spiritual happiness. And you can vibrate with this bliss. And it’s this happiness from within.
—David Lynch

In “A New Sunrise Over Sunset,” director Shaniqwa Jarvis explores the themes of mindfulness, personal connection and community. “The film bridges Los Angeles culture with mindfulness through the perspective of locals who have deep understandings of well-being in their lives,” says David Lynch, who appears a number of times throughout the short film addressing bliss, his love for Los Angeles, and the possibility of a peaceful and happy world.

Last but not least, actor Kyle MacLachlan contributes his voice to a segment about meditation and transformation.

From every single booking made at the hotel through its opening on May 1st, 2017, The James West Hollywood – Sunset will donate $10 to the David Lynch Foundation.

I have been traveling through the years and one thing I’ve discovered is, people everywhere are just great. People all over are fantastic.
—David Lynch 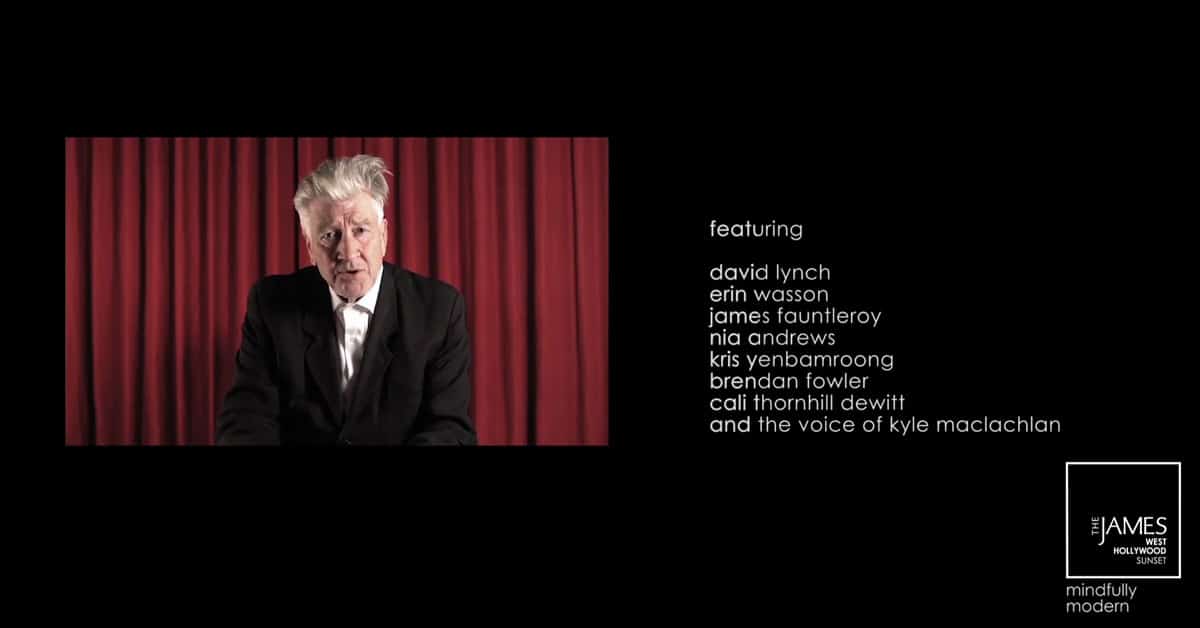 David Lynch And Kyle MacLachlan Both Cameo In “A New Sunrise Over Sunset” Short has already gone places with 154 Facebook shares
You can just stay where you are, but please share this post