In celebration of the 25th anniversary of Blue Velvet, it’s Bluevember here on Welcome to Twin Peaks! Still a lot of Twin Peaks news, but an extra dose of sauve… and PABST BLUE RIBBON!

A month ago, we were given a sneak peek at the Blue Velvet deleted scenes through a series of intriguing screen captures. At this time, a day before the official U.S. release of the Blue Velvet Blu-ray (Amazon), Slashfilm shares an entire deleted scene with us… and quite a notorious one at that!

“I’ve got to find the flaming nipple!” No, it’s not a line from a David Lynch script. That’s the man himself, reacting to the news last year that missing footage from Blue Velvet had been rediscovered. For years, Lynch-heads and film historians had speculated about the whereabouts of the deleted scenes: footage left on the cutting room floor after Lynch snipped his three-and-a-half-hour rough cut into a two-hour movie. Time passed and everyone – director included – figured it was lost for ever. As for the flaming nipple (nipples, in fact), they belong to a dropped scene. “That’s one of my favourite scenes,” Lynch said in an interview for the book Lynch on Lynch. Why cut it and (metaphorically speaking) kill his baby? “It was too much of a good thing.”

You can read all about Darren Gross, the movie sleuth who found the deleted scenes, over at The Guardian. But before you do that, lo and behold, here’s the famous flaming nipple scene:

Motherf*!#er, you’re really going up in flames this time!

Now in this, I declare The Flaming Nipple the official cocktail of Bluevember! Order one in your grimiest neighborhood bar, or make yourself one while watching the Blu-ray. 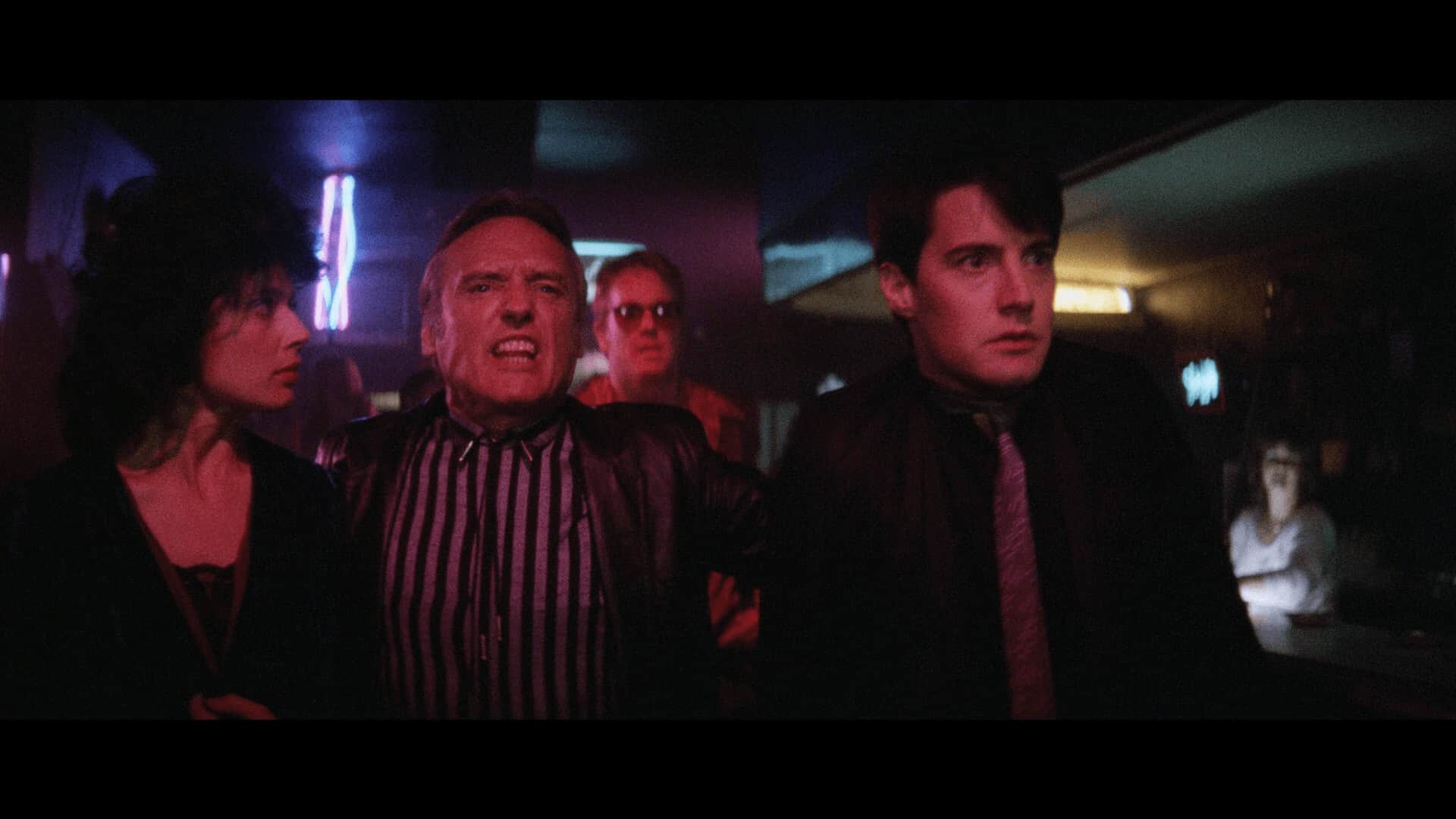