In celebration of today’s 22nd anniversary of the nationwide theatrical release of Twin Peaks: Fire Walk with Me in the United States, here’s a promotional documentary featuring interviews with Ray Wise, Sheryl Lee, Kyle MacLachlan, David Lynch (off-screen), Mark Frost, Moira Kelly, Frank Silva, and Catherine E. Coulson. Even though the focus of the short video is on the film, there’s a lot of talk about the show as well.

“Twin Peaks to me was an opportunity to do something completely new and different. And to do it with the kind of creative control that you dream about all your life.”
—Mark Frost

“It’s a murder mystery and it’s a continuing story. It’s a show that has a lot of humor and a lot of fearful things mixed in with mystery.”
—David Lynch

TL;DW? Here’s the the best part of the documentary…

Want to scare some friends with this clip? Just share this link: http://instagram.com/p/sP54QhGmQa 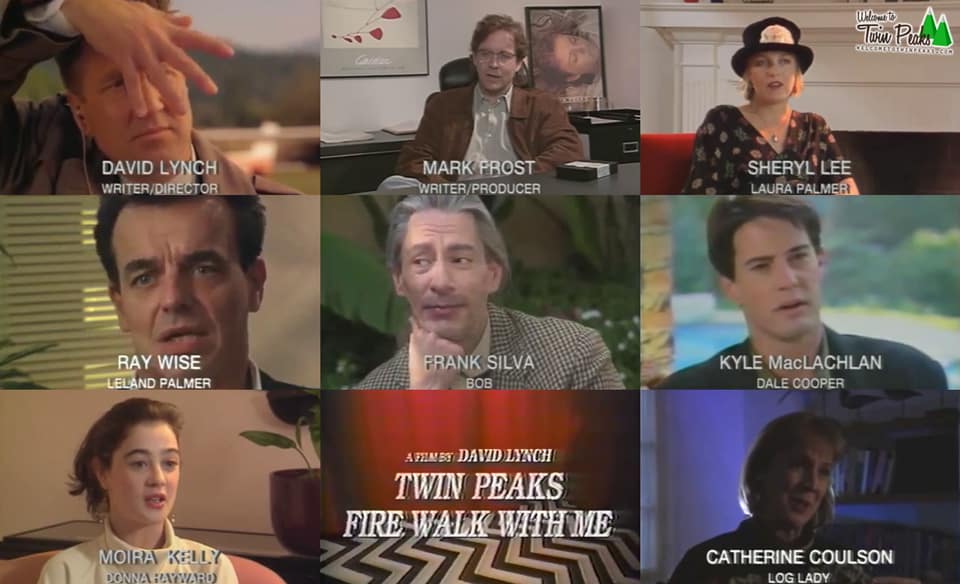 Twin Peaks: Fire Walk With Me Documentary And Television Trailer From 1992 (Video) is peaking on Facebook with 1524 shares
Share it with your, excuse me, DAMN good friends