Every decade has its TV cult. Now, I was never a Trekkie myself, but I do confess, I am a Peaker.
—Alan Thicke

This television special presented by the late Alan Thicke aired in September 1990 ahead of ABC’s second season premiere of Twin Peaks, and the series premiere of Cop Rock. The preview includes short interviews with David Lynch, Mark Frost, Kyle MacLachlan, Michael Ontkean and Peggy Lipton. Most remarkably, the video ends with sound bites of Sheryl Lee reading from Laura Palmer’s secret diary! If only audiobooks had existed back then, we would’ve probably gotten the entire version. UPDATE: And now we do!

Tonight in this special sneak preview, we’ll take you behind the scenes of Twin Peaks and Cop Rock, TV’s most innovative new shows!

Note: the Cop Rock parts were edited out of this YouTube upload. 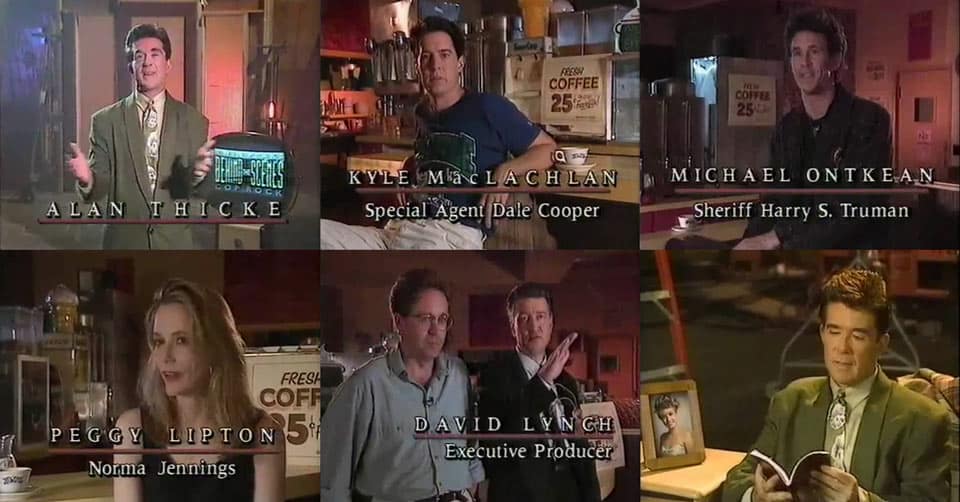