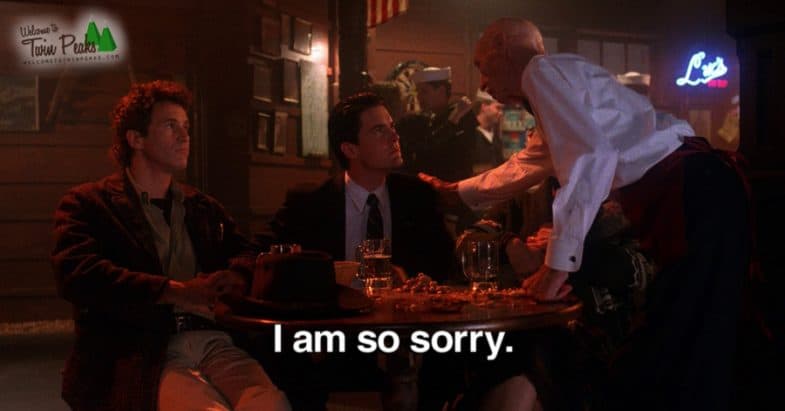 TWIN PEAKS IS BACK ON WITH DAVID LYNCH AS THE DIRECTOR. 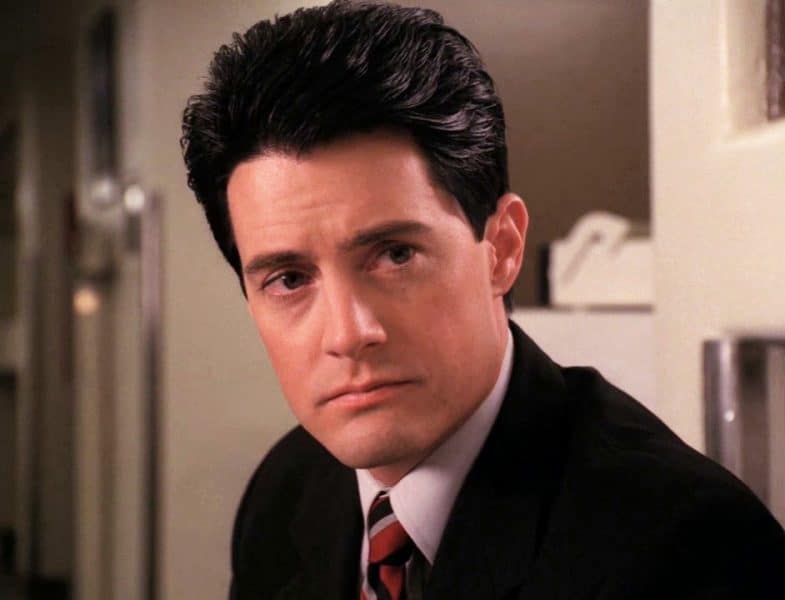 Twin Peaks hasn’t returned yet, but fans are already presented with a major cliffhanger.

Worrying reports are coming in from readers of Welcome to Twin Peaks who attended the opening of the Between Two Worlds exhibition in Brisbane and the disturbing news has been confirmed by the Twittersphere: David Lynch last Friday night raised doubts about the widely announced return of Twin Peaks on Showtime in 2016.

During a sold out Q&A event and conversation with David Strattan at QPAC, the director and artist was asked whether “Twin Peaks was definitely happening.” David Lynch, breaking his self-imposed code of silence, responded: “I don’t know. There are complications.”

The show’s co-creator and director added it’s not a funding issue, but a trusted source told Welcome to Twin Peaks that while the scripts are finished after nearly four years in the making, contract negotiations aren’t going as expected.

Reader Patrick Connors softened the blow on our Facebook page: “I saw Lynch say this, but I’m 100% positive he’s just being cryptic.” José Da Silva, who as the curator of the Between Two Worlds exhibition worked closely with David Lynch for the past year, told another reader that he was confident that a new series of Twin Peaks will happen.

That’s all we know so far, and needless to say, this kind of news leaves Twin Peaks fans worldwide devastated. But please DON’T PANIC JUST YET! Surely, this is nothing some cups of strong black coffee and a slice of cherry pie can’t solve. Delays are fine, as long as we get the show back, right?

UPDATE: In art and culture show The Mix which aired on ABCNews24 today, David Lynch responded to the question what it’s like to return to Twin Peaks after 25 years. Here’s the full quote:

“I haven’t returned yet and we’re still working on the contract, but I love the world of Twin Peaks and I love those characters. And I think it will be very special to go back into that world.” —David Lynch on March 14, 2015.

Showtime, give David Lynch all his gamonbozia!

UPDATE (3/16/2015): I’m so sorry to share with you these heart-breaking tweets by cinematographer William McCrabb, who also happens to be the cousin of one-time Twin Peaks director Diane Keaton.

Sad to report from a pal who's one of Lynch's assistants that he will not, (as of now) be returning to TWIN PEAKS. pic.twitter.com/RIi4zx529S

The TWIN PEAKS deal is tricky. Lynch received creative control upfront. But, he wants a huge percentage of DVD&ST $$. pic.twitter.com/kmEiZB0UIF

Will refused to give Welcome to Twin Peaks any details, but added “let’s just hope it all works out.”

Until any official word, and that better be soon, we won’t update this page just yet and stick to Dale Cooper’s advice…

UPDATE #2: It’s all good according to EW who got  an unnamed source close to the show to chime in:

“Nothing is going on that’s any more than any preproduction process with David Lynch. Everything is moving forward and everybody is crazy thrilled and excited.”

So while there might still be a fish in the percolator for David Lynch, Showtime isn’t worried. Here’s hoping we don’t hear about any complications again, unless they’re #TwinPeaksComplications. 😉

UPDATE: On March 18th, Kyle MacLachlan commented on the matter in an interview with Popcorn Talk:

There’s still things to be worked out but I’m holding a very good thought that we’re gonna return to Twin Peaks.

A heartbroken David Lynch today confirmed his departure from Twin Peaks on Showtime through four tweets. Here’s his official statement:

Dear Twitter Friends, Showtime did not pull the plug on Twin Peaks. After 1 year and 4 months of negotiations, I left because not enough money was offered to do the script the way I felt it needed to be done. This weekend I started to call actors to let them know I would not be directing. Twin Peaks may still be very much alive at Showtime. I love the world of Twin Peaks and wish things could have worked out differently.

Dear Twitter Friends, Showtime did not pull the plug on Twin Peaks.

After 1 year and 4 months of negotiations, I left because not enough money was offered to do the script the way I felt it needed to be done.

This weekend I started to call actors to let them know I would not be directing. Twin Peaks may still be very much alive at Showtime.

I love the world of Twin Peaks and wish things could have worked out differently.

Showtime is still hopeful and was fast to respond to David Lynch:

We were saddened to read David Lynch‘s statement today since we believed we were working towards solutions with David and his reps on the few remaining deal points. Showtime also loves the world of Twin Peaks and we continue to hold out hope that we can bring it back in all its glory with both of its extraordinary creators, David Lynch and Mark Frost, at its helm.

A few hours after the bad news, Showtime boss David Nevins wrote in an e-mail that he’s still trying to save Twin Peaks.

If David Lynch is out, does that mean co-creator Mark Frost will direct all episodes? Stay tuned for more.