Gucci. Dior. Cartier. The world’s biggest luxury brands all want David Lynch to add some (or a lot of) surrealness to their ads. Next in line is Dom Pérignon, the French champagne brand produced by Moët et Chandon, about to launch a David Lynch-directed campaign in December of this year. In anticipation of the new campaign, Nowness.com has behind-the-scenes footage of David Lynch at work, as observed by Gavin Elder of Duran Duran documentary fame.

Only the second living artist, after Karl Lagerfeld, to have shot a campaign for the luxury champagne house, Lynch made a pilgrimage to the revered Abbey of Hautvillers to take inspiration from the place where Dom Pierre Pérignon first combined wines to craft perfect blends—or “cuvees”—in the 17th century. After decamping to an L.A. studio, Lynch embarked upon an experimental shoot illuminating the iconic label’s crest and silhouetted bottle with showers of welding sparks, phosphorescent flames and lasers. 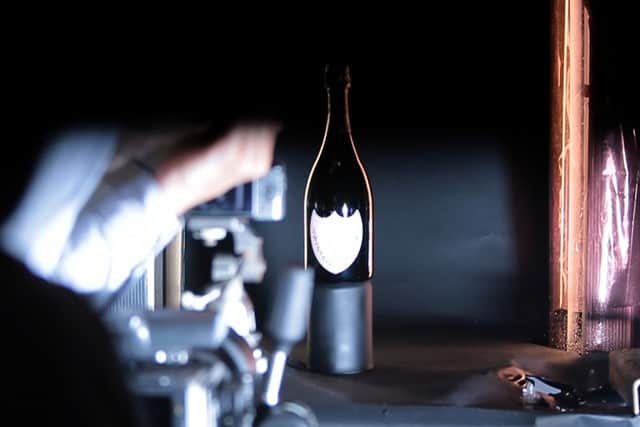