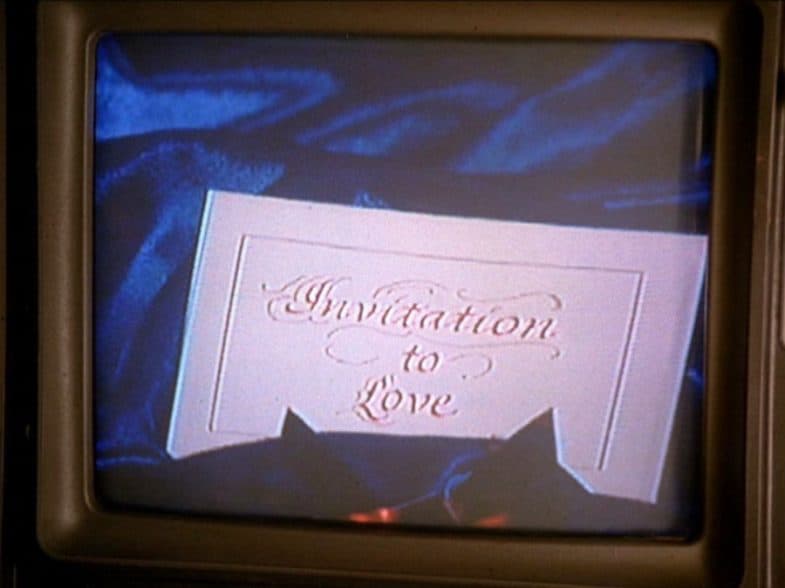 Each day brings a new beginning, and every hour holds the promise of an… invitation to love.

The sad news has reached Welcome to Twin Peaks today that Invitation to Love, the notorious show-within-a-show, has been axed during pre-production and will not return to the small screens of soap-loving Twin Peaks residents in 2017*.

Zoblotnick Broadcasting Company (ZBC) has decided not to revive its hit show due to unspecified complications. However, according to Mark Frost’s brother-in-law’s caddie’s therapist, the rumor goes that its director lost interest and moved on to work on more lucrative projects, such as a trilogy about the history of a Pacific Northwestern town. In a curious case of art mimicking art mimicking life, the cancellation comes almost exactly one year after the stand-off between David Lynch and Showtime, which has since been resolved.

Similarly, fans have already started to revolt and an Invitation to Love Facebook page created by uberfan Nicholas ‘Little Nicky’ Needleman will soon launch a worldwide petition to bring back the mediocre soap opera and #SaveInvitationToLove! At least one angry fan has been overheard screaming “No Invitation to Love, No Twin Peaks!” And make no mistake: Invitees will not accept a reboot. In fact, you will get pied in the face for even using the word.

According to its ratings for the 1st quarter of 1989, Invitation to Love had 5,120 viewers. At the height of its success, ITL was dubbed in at least eight languages, including Italian, even though there are no records that show it was ever distributed internationally.

Welcome to Twin Peaks has tried to reach out to its original cast members for a comment, but it appears they were all using aliases and are just impossible to track down.

*Year subject to change. It may even air in the past. Regardless the year, the premiere date is most certainly April 1st.