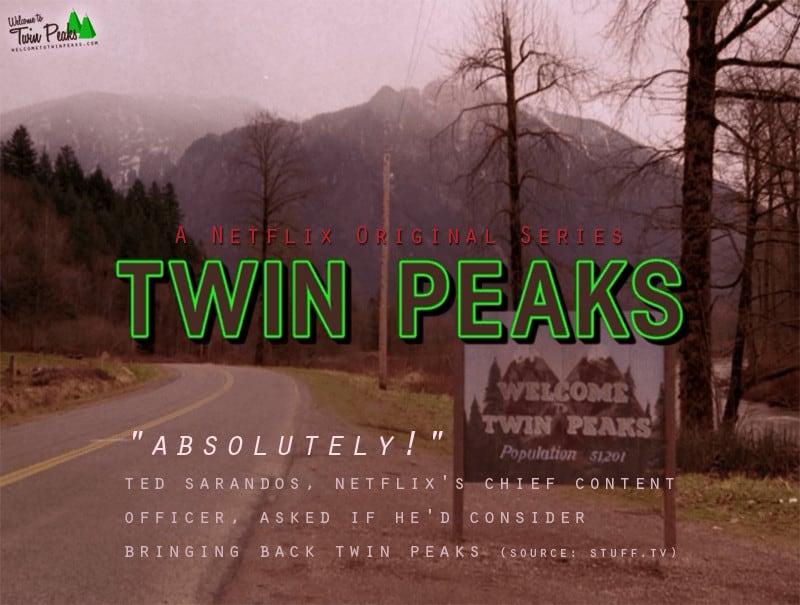 I know not every fan out there is fond of the idea to bring back Twin Peaks, but Netflix is.

As the current Chief Content Officer at Netflix, Ted Sarandos is responsible for the video streaming service’s venture into original programming such as House of Cards, Eli Roth’s Twin Peaks-influenced Hemlock Grove and the upcoming brand new season of Arrested Development. When asked whether Netflix would be interested in reviving and continuing the story of Twin Peaks, Sarandos responded with a very positive “Absolutely!”

…and hoping Mark Frost and David Lynch are listening.

Would you watch a new season of Twin Peaks on Netflix? Please share this post if you approve!

In other news, Netflix UK recently removed Twin Peaks from its library because the contract expired. Let them know you want it back by retweeting the following tweet:

Come on, @NetflixUK, bring back Twin Peaks to your customers! #Retweet

UPDATE (July 2013): Richard Altman (Constant Context on YouTube) made this mock teaser for a return to Twin Peaks on Netflix in June 2016. Wishful thinking? 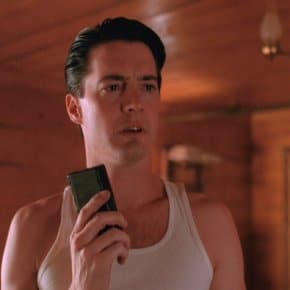 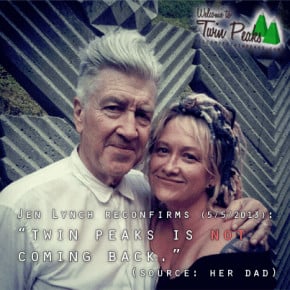