Three years after unboxing Twin Peaks: The Entire Mystery, Kimmy Robertson and her kitchen knife are BACK!

Today, on her birthday and wearing a woodsman cap, the actress reveals the inside of the ‘limited deluxe’ packaging of the Twin Peaks: A Limited Event Series Blu-ray. In addition to what we already knew about the digipak, it appears that opening the slipcase reveals Dale Cooper in his ‘Dougie Jones’ state of mind. Also of note is that while region free, this release only has English audio and subtitles.

“I’m gonna open it like a sandwich.”
—Kimmy Robertson 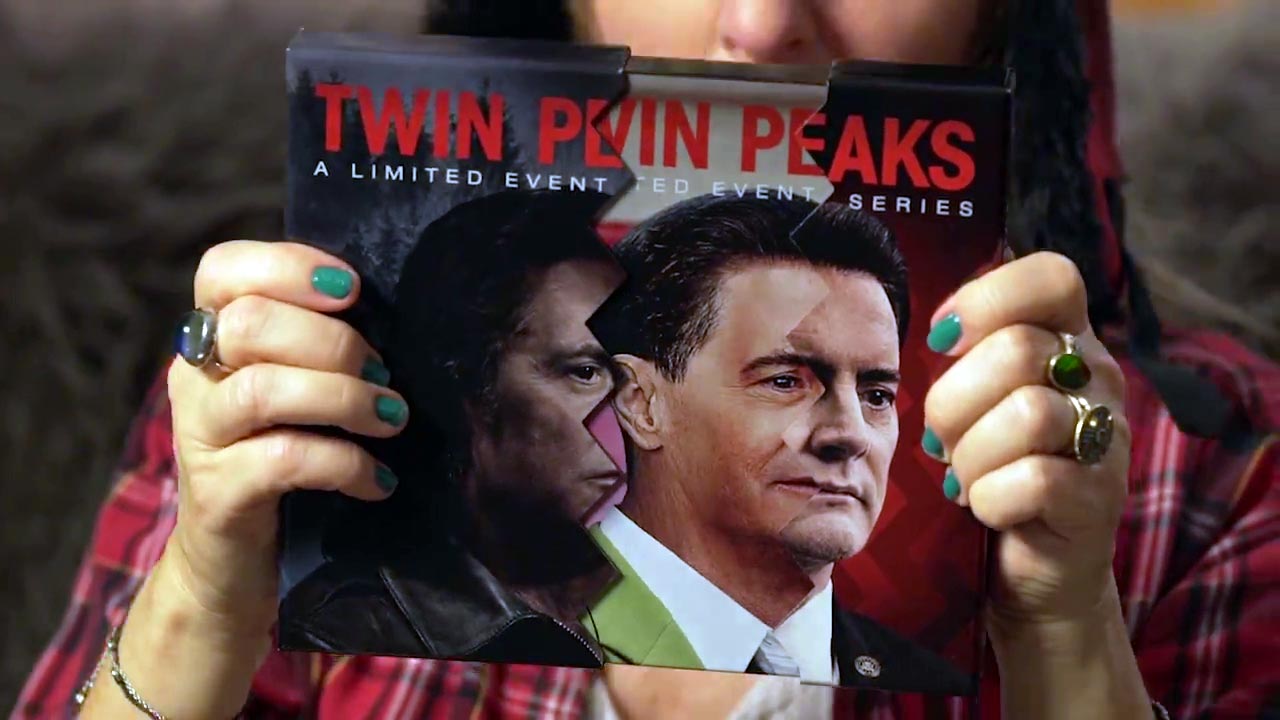 Twin Peaks Season 3 Blu-Ray Unboxing By Kimmy Robertson is peaking on Facebook with 2248 shares
Share it with your, excuse me, DAMN good friends