Last night at the annual TLV International Student Film Festival, which attracts hundreds of student film-makers from all over the world, a festive screening of Blue Velvet was followed by a 1 AM Skype call with its director, David Lynch.

From his home office in Hollywood, the man of the hour answered every question the audience threw at him. And while a recording of the Q&A has not surfaced yet, we know from audience member Neta Alexander that he had the following to say about the new Twin Peaks, which is currently in post-production with a projected premiere in the spring of next year:

Working on Twin Peaks again after so many years was one of the greatest experiences I ever had!
—David Lynch

Also, from a video uploaded to YouTube, it appears that they’ve not started recording the new soundtrack yet.

[Big Dean Hurley and I] will be working together on some things for Twin Peaks… and working with the great Angelo Badalamenti.
—David Lynch

That’s all we have for now, though it’s a treat to hear him mention the new series at all at this point. If you were at Tel Aviv Cinematheque and shot additional video, please share! 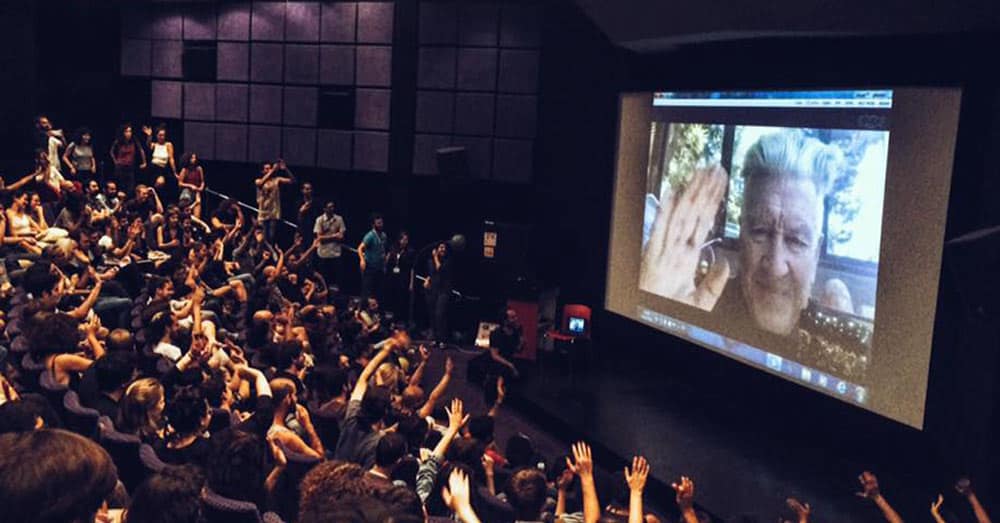 David Lynch: “Working On Twin Peaks Again Was One Of The Greatest Experiences I Ever Had!” has already gone places with 3041 Facebook shares
You can just stay where you are, but please share this post