David Lynch is feeling the Bern.

On a break from filming the new Twin Peaks, the director took it to Twitter to declare his support for Democratic presidential candidate Bernie Sanders with the following brief message.

For whatever it’s worth, the endorsement comes just a few days after Bernie Sanders had a somewhat Lynchian encounter with a bird in Portland, O-REE-GOOON. 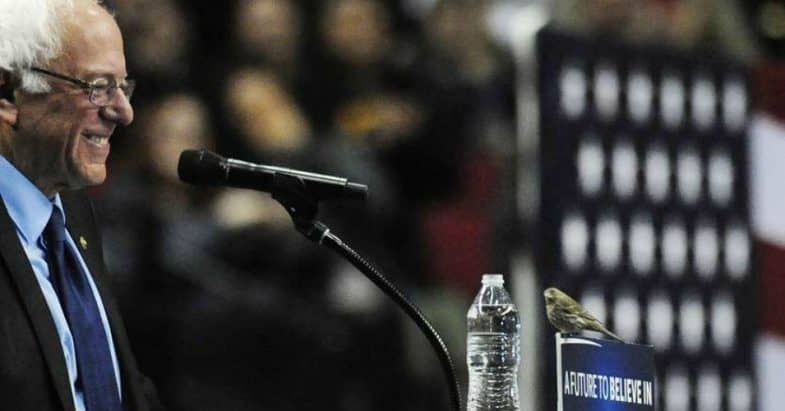 UPDATE: What if David Lynch directed a campaign ad for Bernie Sanders? Funny Or Die took the endorsement a step further with this spoof.

Four years ago, David Lynch asked American voters to re-elect Barack Obama in a slightly more elaborate message in which he pointed out that the Republican candidate, Mitt Romney, spelled bad news. Here’s that message again for those who missed it.

I am going to vote for re-electing President Obama. I have noticed something in Mitt Romney’s name, which I think speaks to what he is about. If you just rearrange a few letters, Romney becomes R MONEY. I believe Mitt Romney wants to get his Mitts on R Money. He would like to get it and divide it up with his friends, the Big Money Bunch.