It’s time to play the music that is always in the air!

“The Muppets and Twin Peaks are two of my pop culture favorites,” Justin DeVine tells Welcome to Twin Peaks. “And the idea of replacing Laura Palmer with Miss Piggy just came to me one day. That one drawing was pretty well received, so I decided to do more, and it’s been really fun thinking about the various analogous relationships.”

The Oakland, California based illustrator has so far created six watercolor and ink pen portraits of Twin Peaks Muppets, but stay tuned for more portraits from Justin in a few weeks.

UPDATE 2017: Uncle Deadly as the Woodsman! 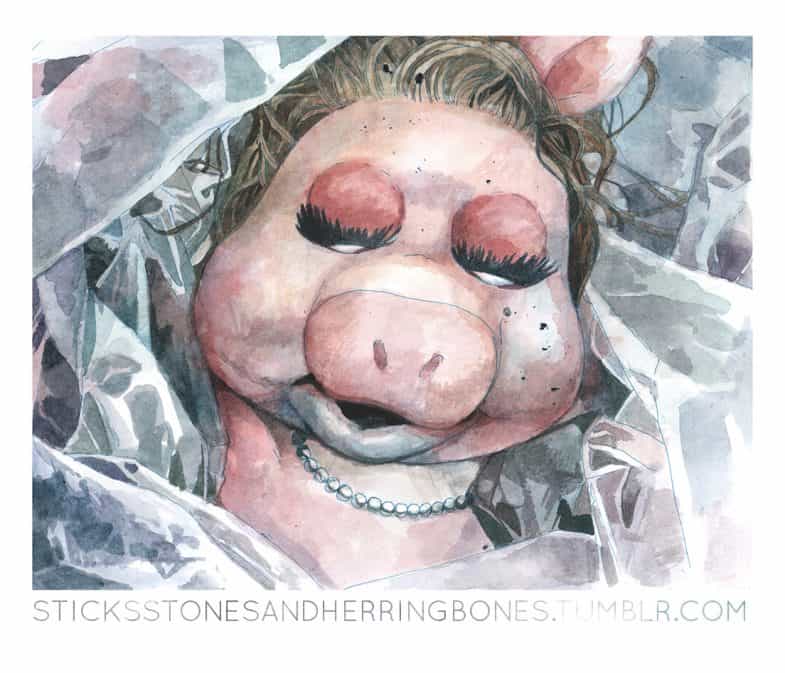 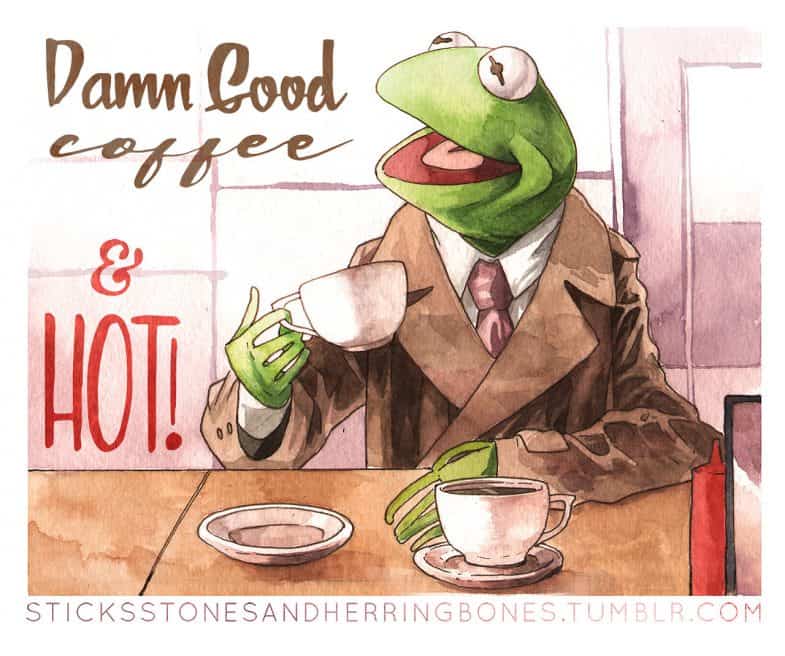 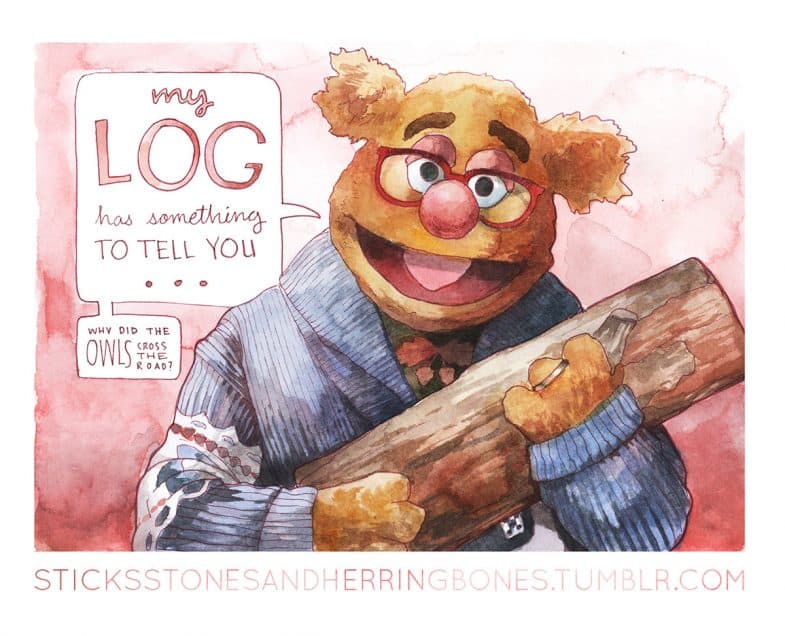 The Weirdo from Another Place 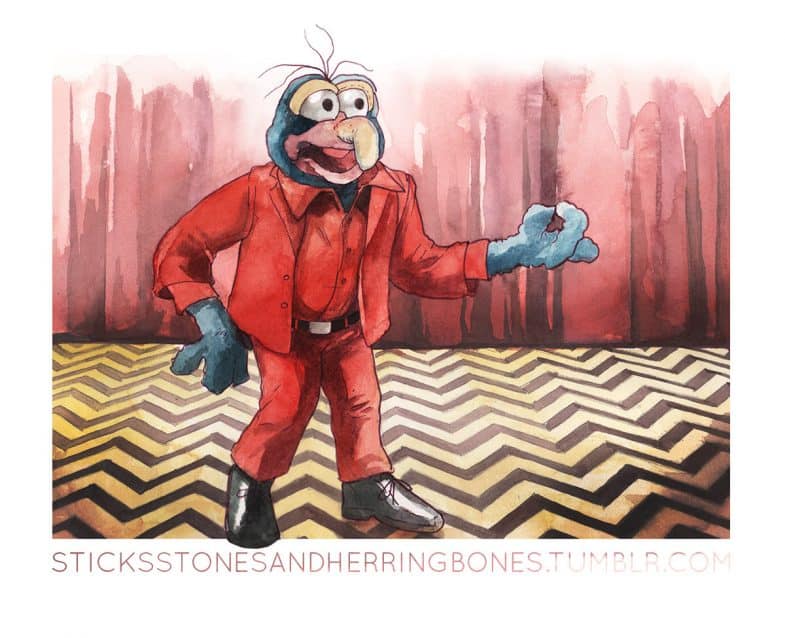 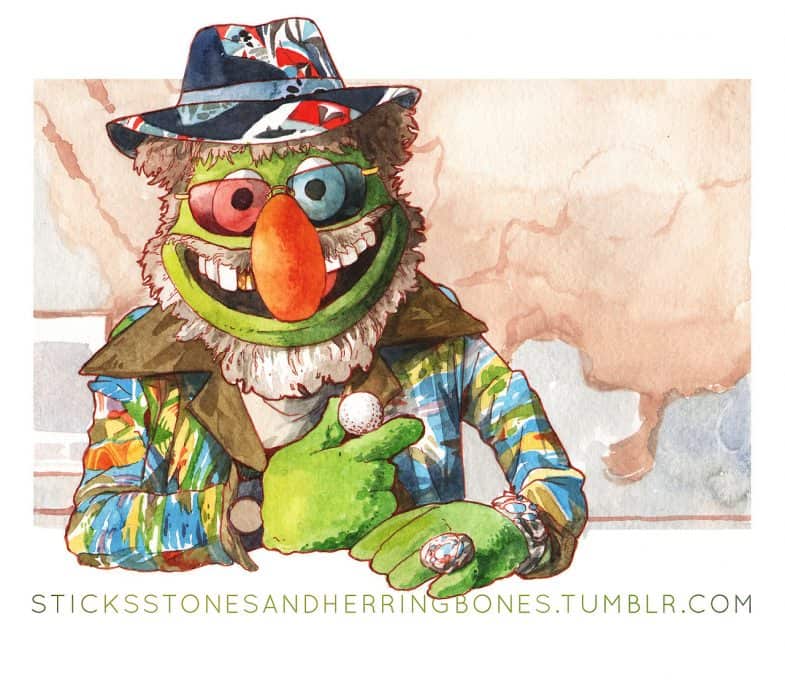 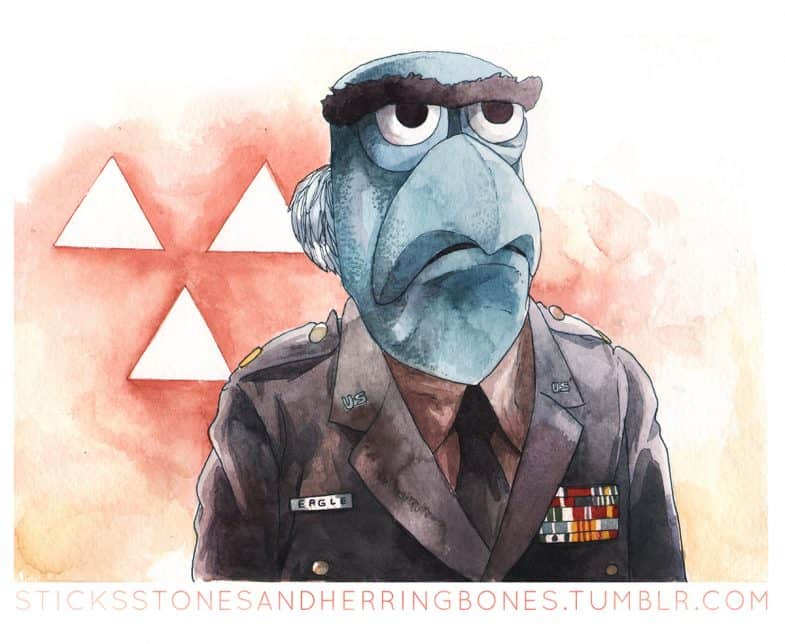 HAVE YOU SEEN THIS MAN? ERR… MUPPET? 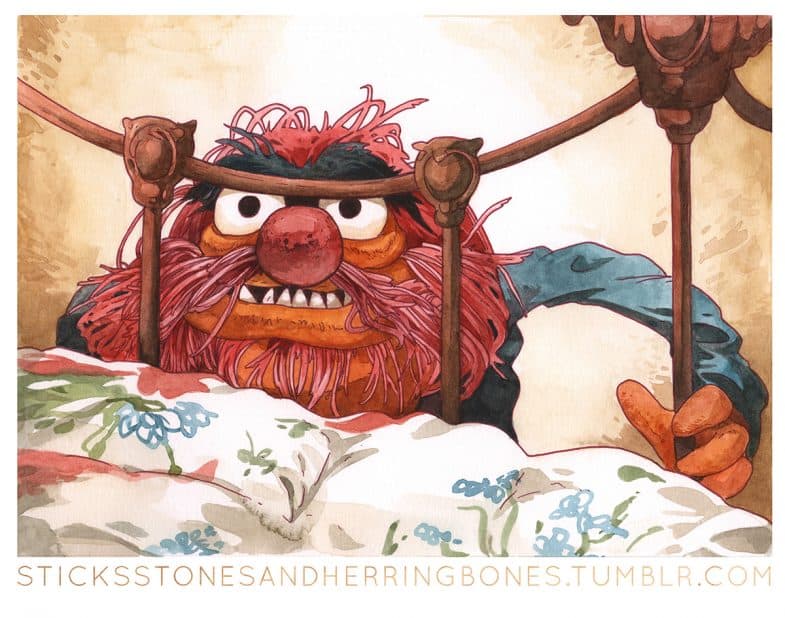 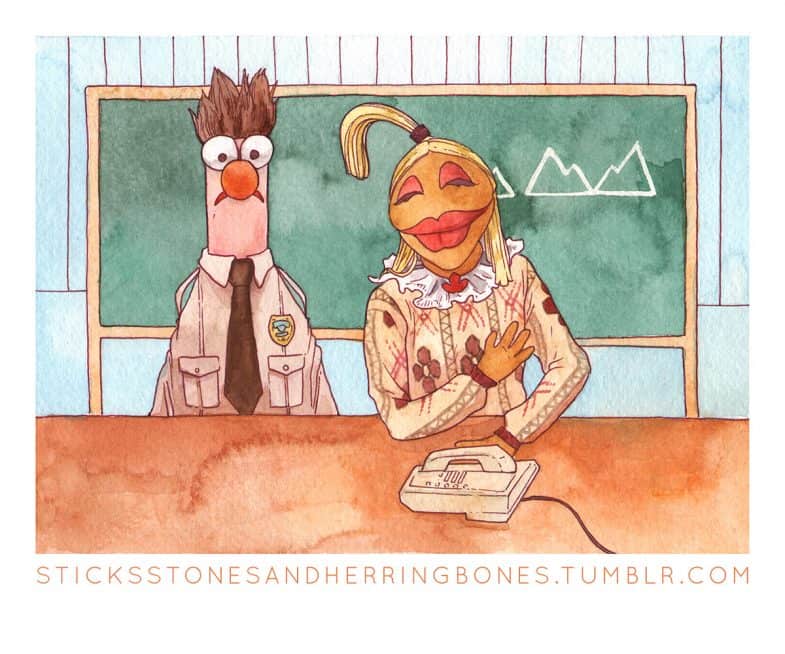 “Is there something wrong, young pretty chicken?” Camilla the Chicken as Audrey Horne 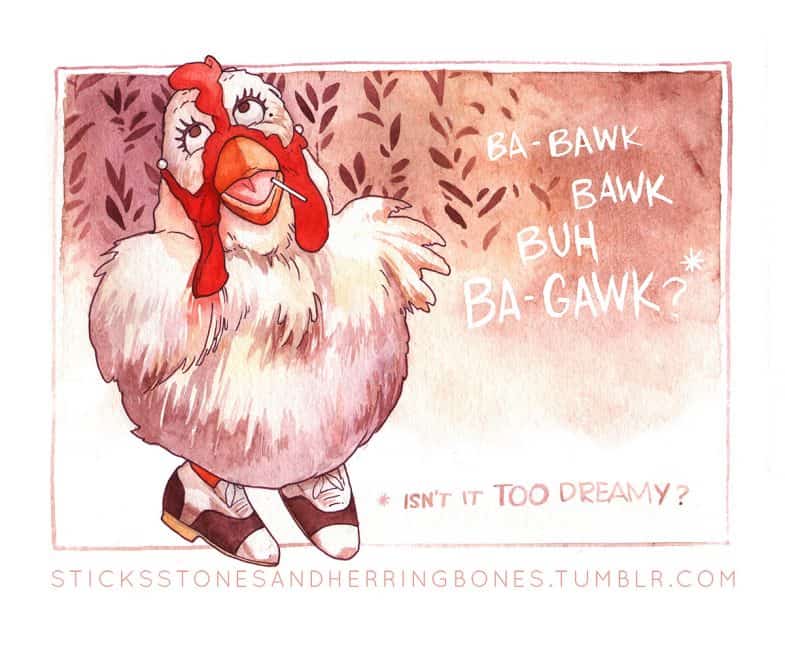 “There was a FISH…in the PERCOLATOR… and it came BACK TO ME!” Lew Zealand as Pete Martell 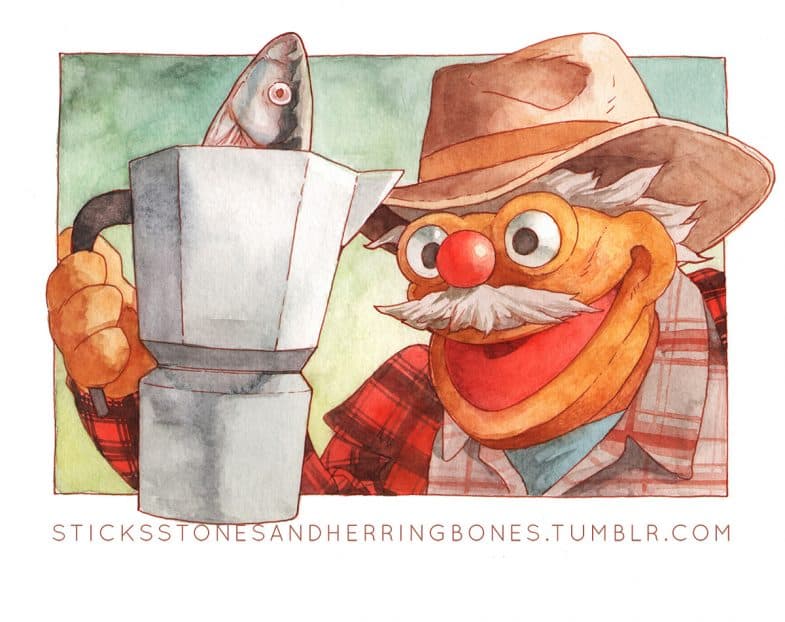 Henson… Walk with Me! Sweetums as MIKE 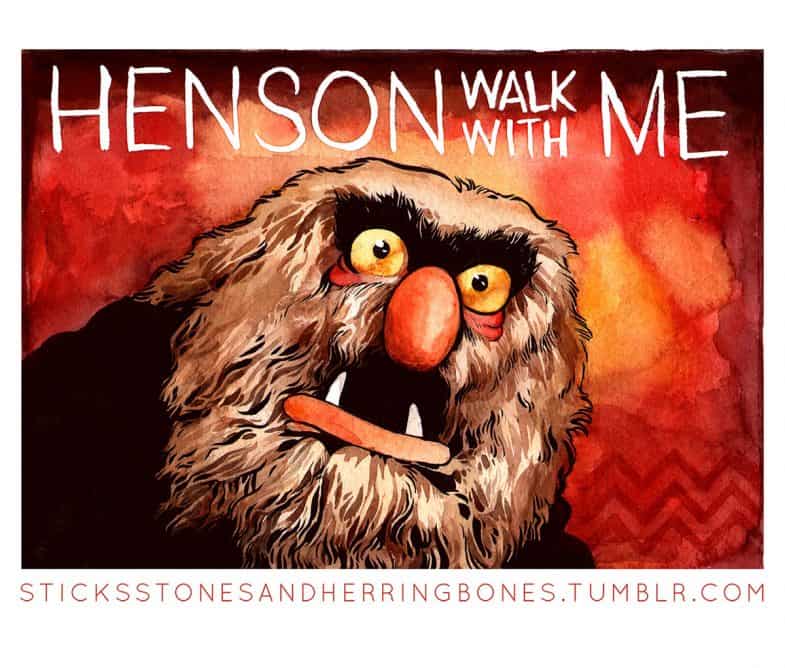 And as you probably already know, an official Twin Peaks parody starring some of the Muppets first aired on February 26, 1991 as a segment of Sesame Street episode 2822. In Monsterpiece Theater: Twin Peaks, Agent Cookie investigates why a town is called Twin Beaks, a mystery not even David Finch, Log Bird nor its log can explain.

Let me ask my log. Do you know why this town is called Twin Beaks?