The release of a Twin Peaks Blu-ray box set had been rumored for years, but things got real in January 2014 when a blunt casting call suggested that they were about to shoot new Twin Peaks related material (which turned out to be the Between Two Worlds featurette). And just two weeks later, David Lynch himself unofficially announced the upcoming Blu-ray by surprise.

Although we had to wait until May 15th 2014 for an official press release, we already had a pretty good hunch about the good things to come. So Welcome to Twin Peaks asked its fan community to express their excitement by snapping their fingers like Dale Cooper after his clue-filled dream, and share those videos on Instagram and Vine for the Let’s Rock! Project.

We needed 190 finger clicks to create a fan-sourced music video for Dance of the Dream Man. We received many more! Without further ado, here’s the result of all that snapping…

UPDATE: Dale Cooper himself tweeted the video, adding his own ‘snap’ 😉

Snap! "@ThatsOurWaldo: Damn fine Twin Peaks fans around the world snapped their fingers like Cooper to make this: http://t.co/s4y8NTnSxL" 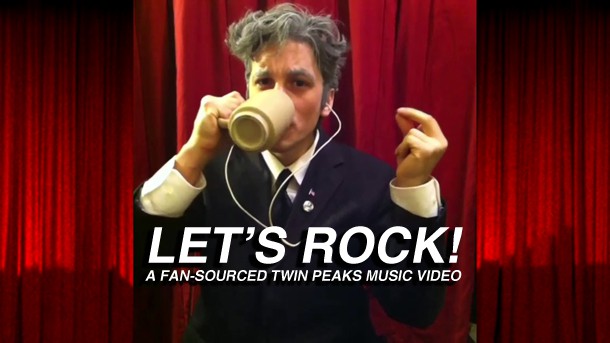 Let\'s Rock! Crowdsourced Twin Peaks Video For Dance Of The Dream Man is highly popular post having 901 Facebook shares
Share with your friends
Powered by ESSB