Twin Peaks sans Angelo Badalamenti? I find that hard, if not impossible to imagine. But DJ Russ has decided to take up the challenge and together with special guests will provide a brand new soundtrack to the show’s first two episodes, live at Veronica People’s Club in New York next week. 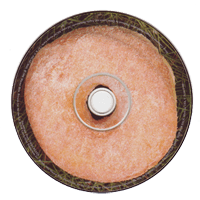 guests recast the iconic first two episodes of David Lynch’s moody masterpiece with an entirely new soundtrack. Songs you know by heart mash up against things you’ve never heard before and original, unique compositions and remixes done specifically for this night to tell the beginning of the story of the first hours after Laura Palmer’s death. From beginning to end, this is Twin Peaks recast without its trademark sounds and set adrift in an entirely new sonic landscape. Dress Code: your Great Northern best.

If you want to hear DJ Russ re-score Twin Peaks live, then head to Veronica People’s Club (105 Franklin St., Brooklyn, NY) on October 26th, 2011 at 9:30 PM. Entrance is free and there will be drink specials all night.

» RSVP for Twin Peaks: The Beginning on Facebook here.