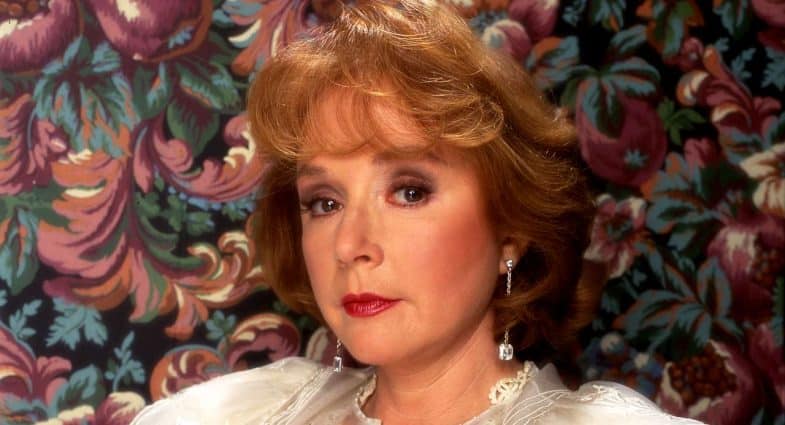 UPDATE (May 2016): Learning To Live Out Loud: A Memoir is now available as an Audible audiobook (Amazon) narrated by Piper Laurie herself!

Piper Laurie, the 1932-born Hollywood actress who played the sulky Catherine Martell in Twin Peaks, just published her autobiography titled Learning To Live Out Loud: A Memoir (available on Amazon). While the media are mostly interested in the screen legend’s disclosure about losing her virginity to actor and later U.S. president Ronald Reagan, I’d like to share the part of her memoir in which she talks about another secret in her life, the one that David Lynch asked her to keep even from family and friends. If you haven’t seen the second season of Twin Peaks yet, do not read any further.

There was one creative outlet that relieved some of the pressure. With the help of the makeup and wardrobe departments, I would dress in elaborate disguises, a hobby that would become valuable decades later when I made Twin Peaks. I went home one day done up as an Asian girl and for about five minutes fooled Edna, our housekeeper. She wouldn’t let me into the house.

(…) After we wrapped up the first season, David called me at home and said, in his Jimmy Stewart drawl, “Rosie, I want you to give some thought to the next season. Your character was last seen at the fire in the sawmill. We don’t know whether Catherine escaped or not. When we come back, I want the audience to think you died in the fire. Your husband, Jack Nance, will think you’re dead. Everyone will think you’re dead, and we’ll take your name off the credits of the show.” It crossed my mind for a millisecond that this was David’s original way of telling me I was being fired. But he continued, “Now, Rosie, this is the part I want you to think about. You will return in some sort of disguise, as a man, and you’ll spy on the town and create trouble for everyone -your husband, your lover, everyone. You should probably be a businessman. I want you to decide what kind of businessman you would like to be. Maybe a Frenchman or a Mexican. Think about it for a while and let me know.”

I was so enchanted with the open possibilities and the power of being able to choose my part. (…) I decided I’d be a Japanese businessman because I thought it would be less predictable. I was so filled with excitement and laughter: this was joyful children’s play. There was no argument from David when I told him my choice, no attempt to influence me. He simply accepted it. Then came the hard part. David wished me to keep it a secret from the entire cast and crew. Not even my agent or my family was to know. That was important to him. I wasn’t to tell a soul.

There was so much preparation involved in pulling off the subterfuge. There were secret makeup and wardrobe tests at a laboratory in the Valley. Paula Shimatsu-u, who was Mark Frost’s assistant and one of the few people who knew, was helpful in making tape recordings of Japanese friends reciting my lines. I practiced imitating them while driving to and from work. I had assumed that, of course, the placement of my voice would be electronically altered, but they had given it no thought and were not prepared on the morning of my first scene. I am trained to keep going no matter what, and when I realized I was on my own, I ended up going to a place in my chest and throat to get that appropriate guttural sound. It turned out to be painful to sustain, and I sipped liquids constantly between takes. I shall never do that again for fear of injuring my voice permanently. 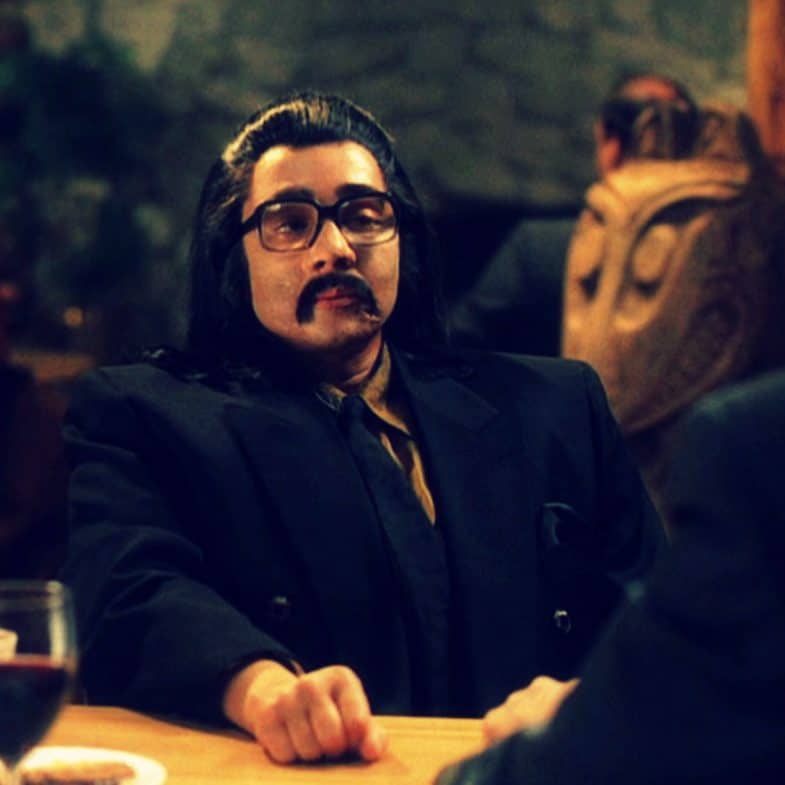 I’ve skipped the enchanting part. Paula Shimatsu also dealt with the press and released a bio about “the new cast member”: “Fumio Yamaguchi, the Japanese star who works primarily with Kurosawa, has flown over especially to work with David Lynch. His English is a little shaky; therefore he needs an interpreter and learns his lines phonetically.”

The cast, crew, and all guest directors knew nothing; nor did my family. My name came off the credits, and Fumio Yamaguchi’s was put on. Because I wouldn’t talk about it when asked, my poor sister assumed I’d been fired. Sherrye was so upset that she started having asthma attacks, and I had to take her into my confidence.

I was introduced to Paula’s brother Derick, whom I hired to act as a much-needed personal assistant, and whom David later hired to appear on camera as “Fumio’s” assistant in the show. Derick would pick me up at three in the morning in Santa Monica and drive me to the special makeup lab way out in the valley, about twenty minutes from our studio. There I would spend four hours being made up and dressed for my new identity. From the moment the studio van arrived for me, I was Fumio Yamaguchi. The driver, whom I knew personally, had no idea whom he was picking up. When the long day was over, I would be driven back to the lab and spend at least an hour and a half removing the prosthetics before Derick drove me home. Wisely, they never scheduled consecutive days for me. I needed at least three days for my face to heal until the next time the prosthetics were glued on.

The enchantment continued for me, thought certainly not for the guest directors, who were not told what was up and had their hands full. I was flying! I constantly improvised conversations with Derick, my so-called assistant-interpreter on the set; I spoke fake Japanese in a very low voice, and Derick responded in real Japanese. Every time the poor director directed me, I caused a five-minute delay while my assistant and I thrashed things out. I would instruct Derick to say to the director, on my behalf, things such as “This is not the way Kurosawa works!” When it appeared that the director was about to quit or have a stroke, he would be given a heads-up, quietly. But even then he didn’t know who I was. This was my life’s Harpo moment! And I did not deny myself.

The regular cast on the set bought the act at first. They were a little intimidated initially by the strange foreigner and were told to be very respectful to me. Jack Nance, the innocent, who played my husband on the show, went to David and Mark at the end of the first day and said, “Boy … is that new actor weird!”

I learned that suppressing laughter all day long while I stayed in character was actually physically difficult. Even if I went to a private place like the bathroom (I had a locked private one next to some offices), I could crack and ruin the makeup by laughing. So I stayed controlled, and I was too tired when I got home to whoop and holler in the wee hours.

When the cast got used to me being around, they looked a little more closely and could see I was wearing very heavy makeup. Later most of the actors said they knew something was up, but they never revealed that in front of me. And no one suspected “Fumio” was me. I heard that Peggy Lipton was convinced I was Isabella Rossellini. Jack Nance and I had a number of important scenes together, but he didn’t know it was me until weeks later, when he read the “reveal” scene in his script.

And here’s another video of Piper Laurie talking about her Twin Peaks secret at the Fort Lauderdale International Film Festival where she was honored with the Lifetime Achievement Award. You can watch the entire conversation with film historian Foster Hirsch in five parts, starting here.

» Purchase Learning to Live Out Loud: A Memoir as a book or audiobook (Amazon).