Imagine visiting the Twin Peaks filming locations in North Bend, WA and accidentally running into David Lynch. It happened to a member of the Welcome to Twin Peaks community yesterday. And it’s gonna happen a lot more starting September.

UPDATE: September now confirmed by Showtime at the Summer TCA 2015.

Shooting starts in September. The donut truck is loaded late August. A coffee cup will indeed come through a window. #TwinPeaks

On a family trip through Washington state, Christoph Foque spotted David Lynch and his crew outside of Twede’s Cafe in North Bend, WA. It was the Twin Peaks co-creator’s second visit (the first one was around Christmas) to discuss Twede’s upcoming transformation back into the Double R Diner. Christoph, who works for Belgian TV production company Menuet Productiehuis, briefly spoke with the director in the parking lot of the diner, where he confirmed he’ll start shooting in September 2015, as previously suggested by Kyle MacLachlan.

Whether David Lynch will still be in town later this month for the Twin Peaks Festival is unknown and, given his zero track record of attending the fan-organized event, very unlikely. But there will definitely be music and a lot of excitement in the air in the coming weeks!

If you live in the area and spot anything both wonderful and strange, please let WTTP know! 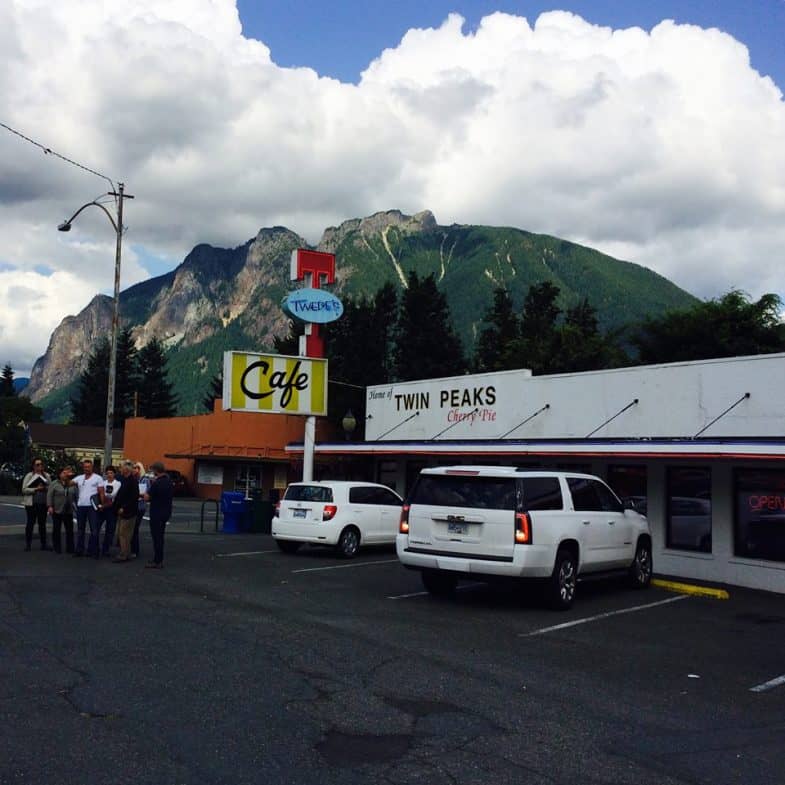 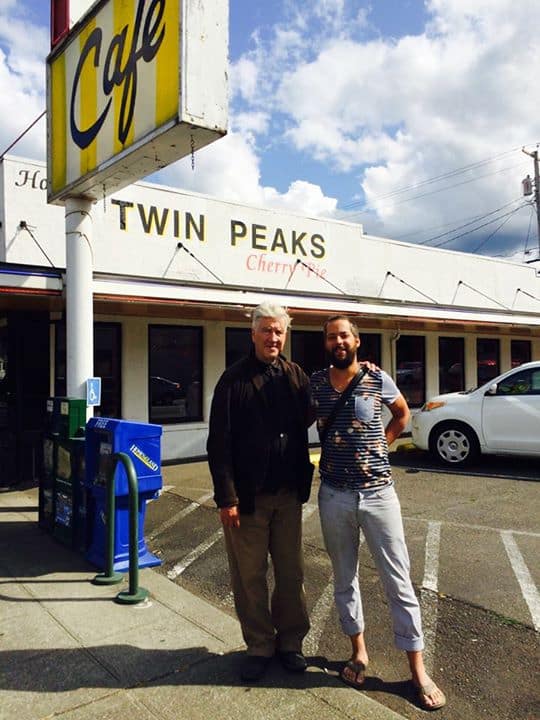