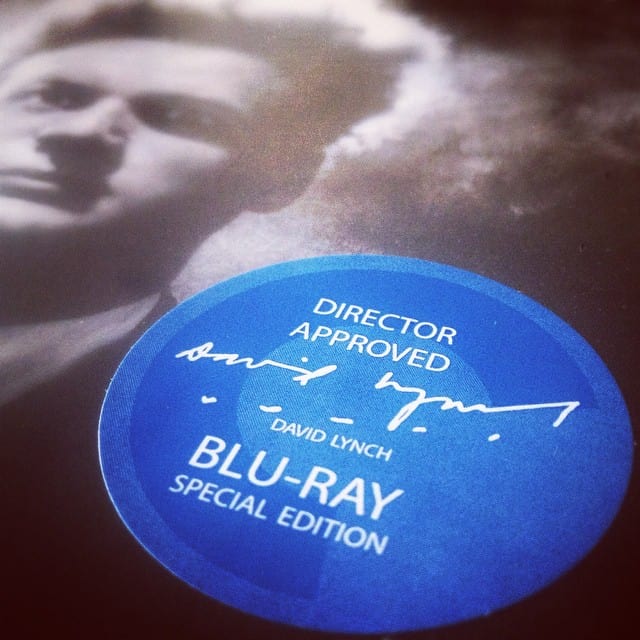 Make no mistake about it: Criterion’s Eraserhead release on Blu-ray (and DVD) is a must-have for every David Lynch fan. But soon after its release, eagle-eyed fans detected a glitch in this “David Lynch approved version” at around 1:05:54 when Henry Spencer encounters the Lady in the Radiator and touches her. Hat tip to psychobabblemike who was the first to notice this. 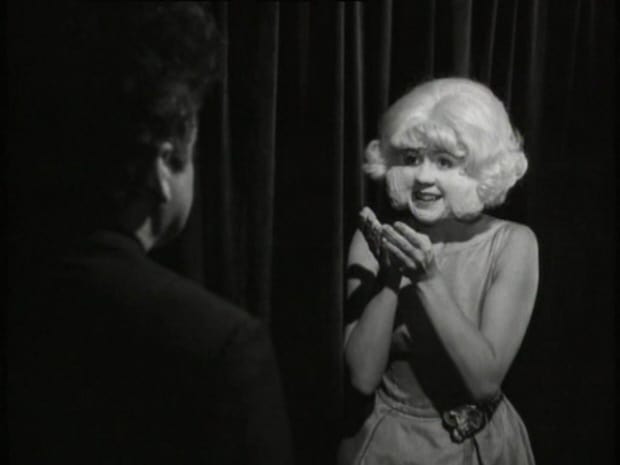 Welcome to Twin Peaks notified Criterion last week and they just replied with an official statement which not only confirms the error —apparently present in the original camera negative as well— but also announces a disc replacement program for the Blu-ray and DVD disc one: 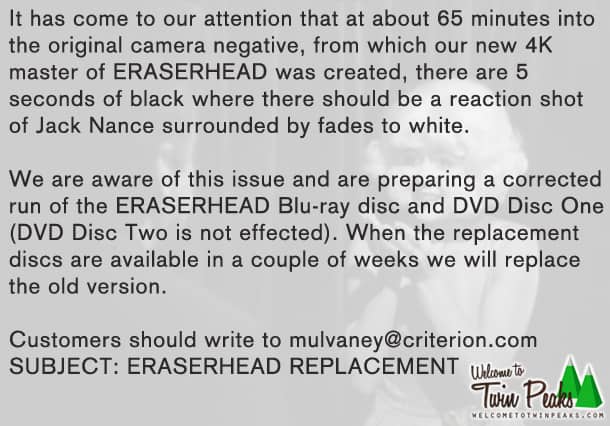 So if you bought Criterion’s Eraserhead release, go ahead and send an e-mail to [email protected] with subject ERASERHEAD REPLACEMENT to get an error-free version of the movie “in a couple of weeks” along with a $10 gift certificate for any future purchase over at criterion.com.

Their speedy response to this issue is impressive. Meanwhile, we have yet to hear an official statement from CBS Home Entertainment regarding the many lip sync issues with Twin Peaks: The Entire Mystery, which was released on Blu-ray end of July.

UPDATE: All of the discs have been mailed out and are being delivered as we speak. Haven’t received your replacement disc yet? Just reach out to the e-mail address mentioned earlier to obtain a tracking number. 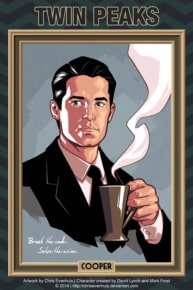 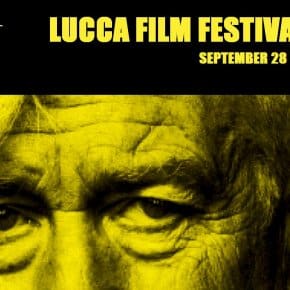