In heaven everything is fine.

Oh, how Jack Nance will be missed in the new episodes of Twin Peaks.

Until today, Jack remains David Lynch‘s most frequent collaborator. Before he played dear Pete Martell, he appeared in Blue Velvet, Wild at Heart, Dune, Lost Highway, The Cowboy and the Frenchman, and of course, in Eraserhead as the tormented Henry Spencer. The enigmatic actor sadly left us on this day in 1996 after succumbing to a subdural hematoma caused by a blunt-force trauma to the head. Rest in peace, Jack.

“[Jack Nance] was really gifted—as much a character in real life as he was on the screen and stage.” —Catherine E. Coulson in 1997.

An artist from Rochester in the UK who goes by the name of RFDS, painted this touching tribute to the Boston-born actor. The artwork refers to the Lady in the Radiator’s earworm of a song, the Eraserhead baby and the first line ever spoken in Twin Peaks… by Jack.

Prints (and other things) of the “Gone Fishing” are available here. 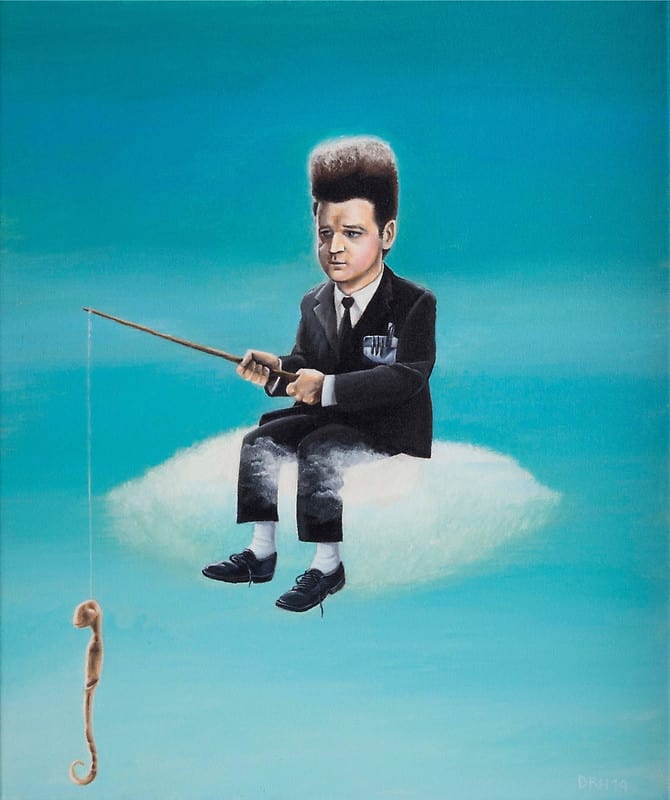 David Lynch on Jack Nance (at the Lucca Film Festival, 2014)

Jack Nance, such a special human being.

In Heaven Everything Is Fine (from Eraserhead)