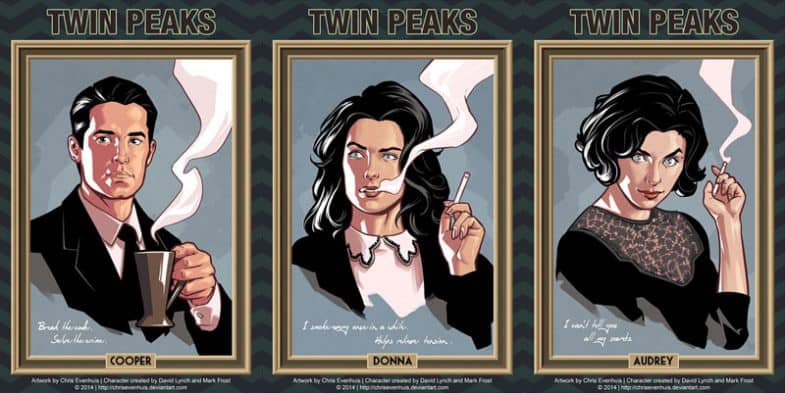 Chris Evenhuis never attended art school —he studied biological sciences instead— but ended up being an professional comic artist, concept designer and illustrator. Watching Twin Peaks: The Entire Mystery on Blu-ray recently, the talented Dutch artist was inspired to finally create the comic book style Twin Peaks portrait series he’d been thinking about for a while.

It’s an ongoing project so check back later for more, and feel free to add your request to the comments.

Break the code, solve the crime. 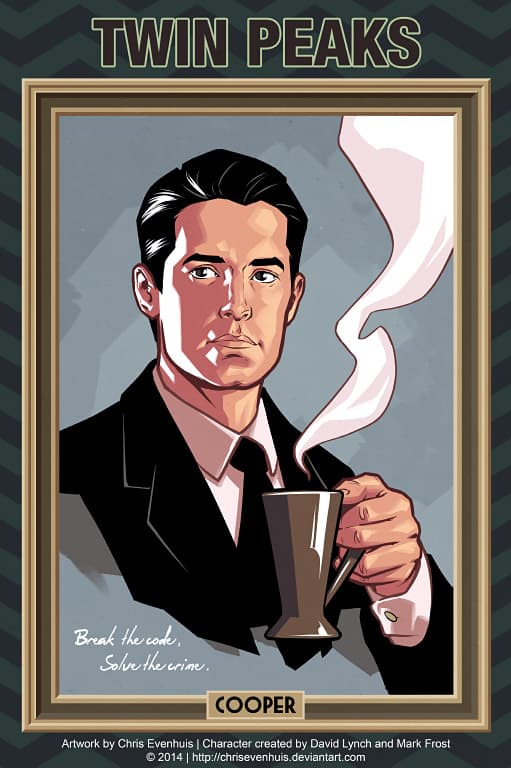 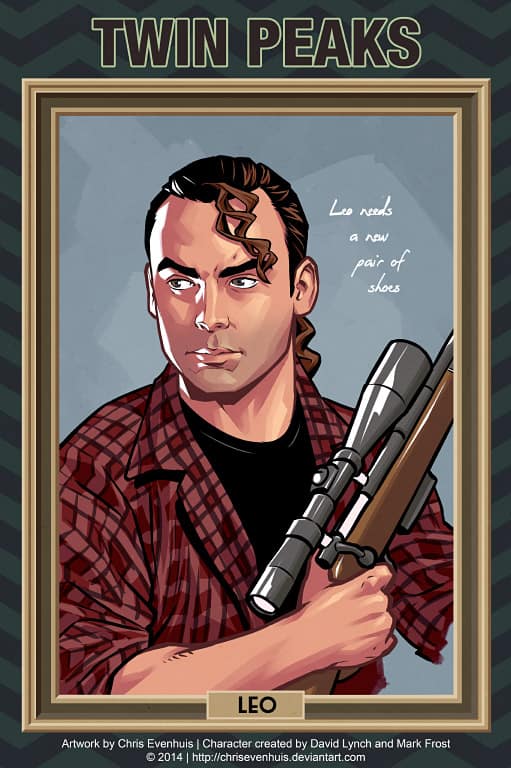 I’ve got one man too many in my life, and I married him.

I can’t tell you all my secrets. 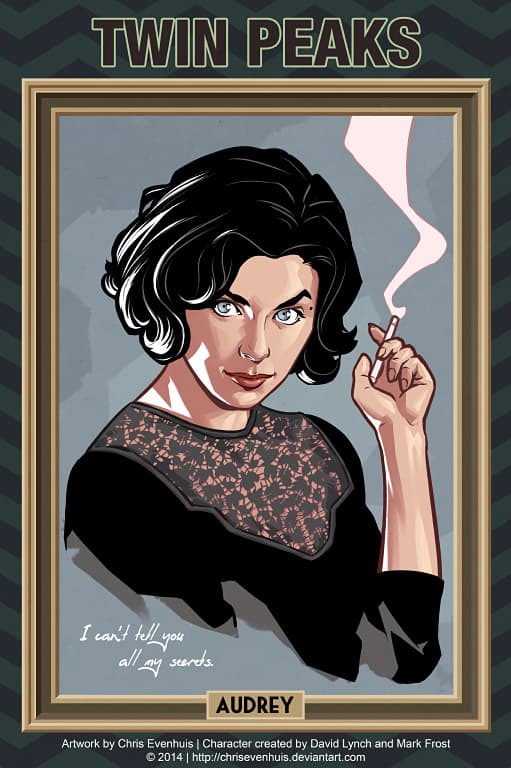 If anything unfortunate were to happen to me… 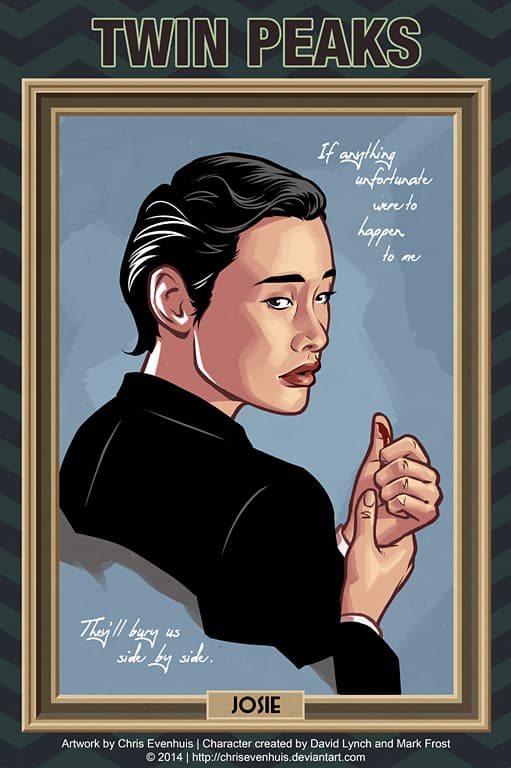 You think because I wasn’t at football practice that I killed my girlfriend? 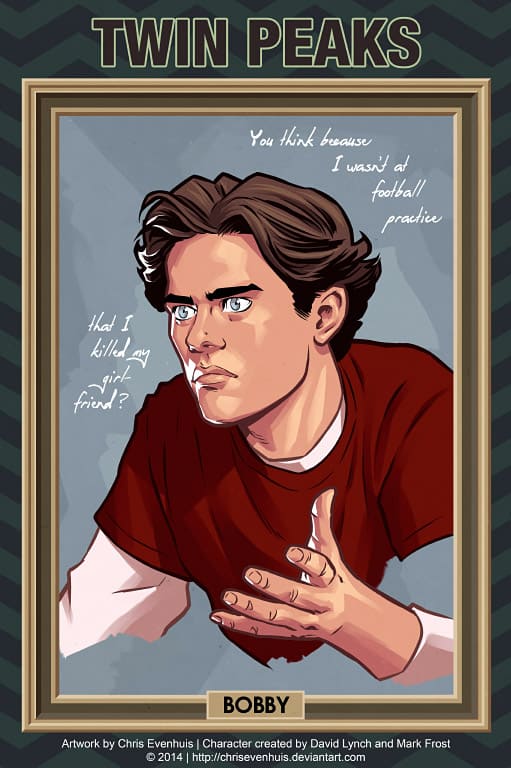 I don’t know when I can come back. Maybe never. 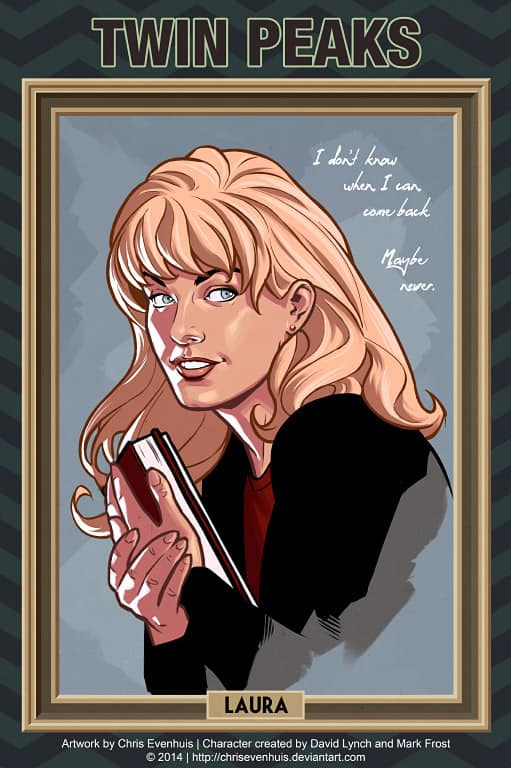 I’m alright. I’m only quiet on the outside. 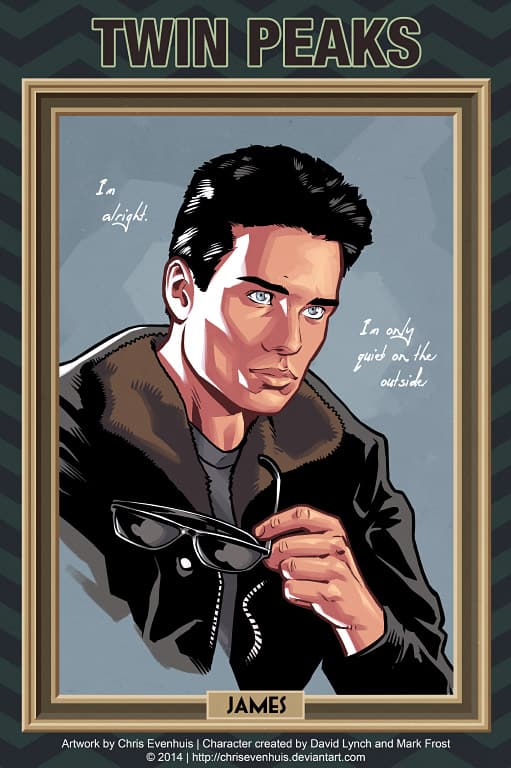 I smoke every once in a while. Helps relieve tension. I lived in my head, mostly. There were some pretty strange neighbors.

I will kill again! 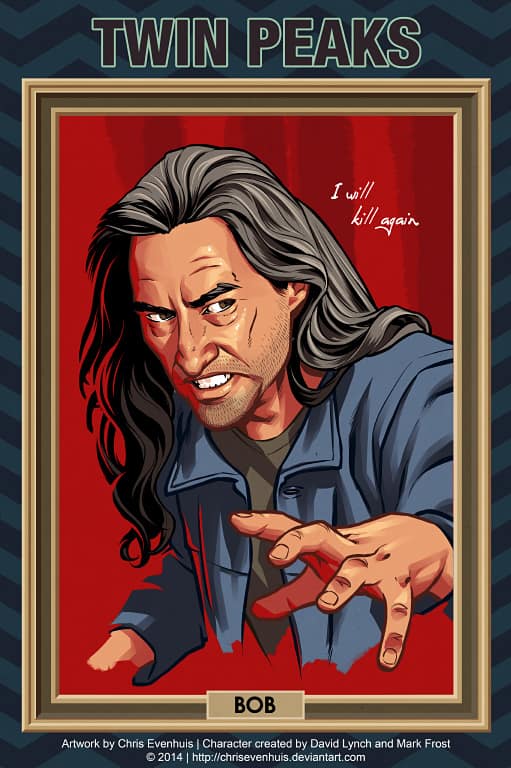 I am known as the “Log Lady”. There’s a story behind that. 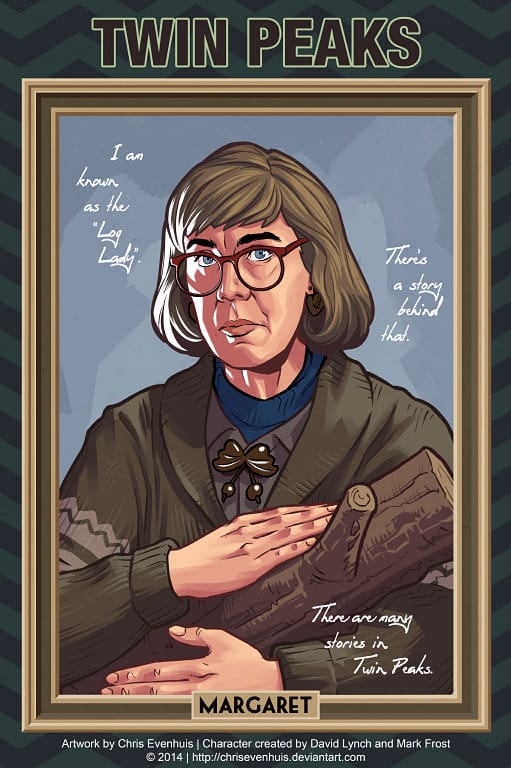 There’s a sort of evil out there. Something very, very strange in these old woods. 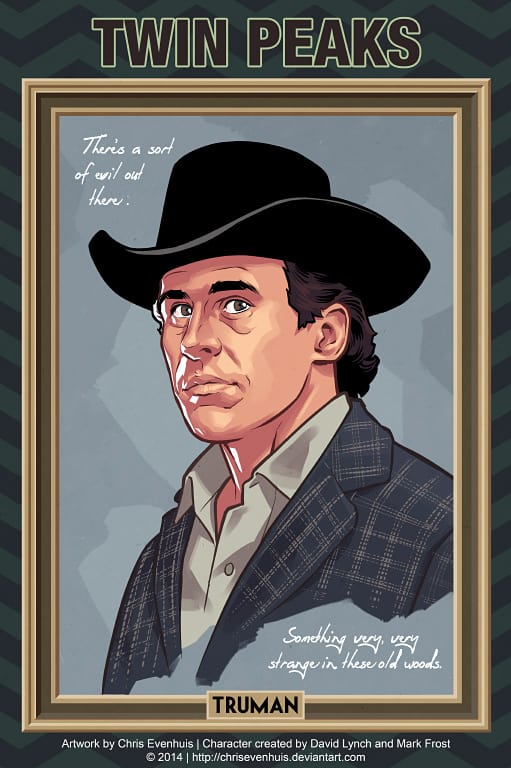 Definitely worth a look are the Twin Peaks characters as if they appeared on The Muppet Show or The Simpsons, as well as the cartoon or pixel art character ensembles.