One afternoon at “Casa Lynch” in Los Angeles while watching a silent projection of Stanley Kubrick’s 2001: A Space Odyssey, The Veils record a song with David Lynch’s music supervisor, Dean Hurley. A year or so later, Dean calls the London-based band to say David Lynch heard one of the songs from their new record and wants them to perform it on-screen in one of the new episodes of Twin Peaks.

That new album is out now. Start guessing!

UPDATE (August 2017): And Axolotl it is! Check the video below to watch their performance at the Roadhouse.

Lyrically, Total Depravity covers anything from restless love to exorcism, so David Lynch could’ve fallen in love with just about any of the twelve songs. Here are four strong contenders, but do listen to the entire album below and comment which song you believe will be part of the new Twin Peaks soundtrack.

Darling, how long do I have to wait to get you alone?

“In the Nightfall” is the obvious choice and an instant add to the Nighttime at the Roadhouse playlist. The song was recorded at David Lynch’s house, where they intentionally made the synth sound —in their own words— “Laura Palmer-y.” Lead singer and songwriter, Finn Andrews, describes it as a sinister love song where the guy is anxiously waiting in the bushes outside the girl’s house.

A Bit on the Side

If you’ve hid that demon deep, you better exorcise it.

Twangy guitars, a reversed sample and something about a hidden demon? Sounds like we have another contender.

Co-produced by El-P of hip-hop duo Run the Jewels, the menacing lo-fi vocal on this track preaches things like “Who needs the devil when you got the lord?” while seemingly transforming into a Mexican salamander. The album’s opener has a video to boot, which seems to exist in the same universe as David Lynch’s Crazy Clown Time. It’s not hard to imagine this song pumping over the end credits a second after everything in the world of Twin Peaks has gone to hell.

It’s been 18 years since his last home-cooked meal.

An apocalyptic song about a sociopath truck driver. Next stop: Twin Peaks?

Of course, the band signed “a 50-page non-disclosure agreement” and they can’t talk about what they shot. “I’ll get thrown into some sort of strange David Lynch prison or something. I don’t want to be there,” Finn Andrews explains in various interviews (including Northern Transmissions and Stuff), but he did share the following about the experience:

I’ve loved everything David has made, so it was amazing being close to him while he worked. You perhaps expect a person whose work is so odd might be mad or an a…hole, but he was very cool and welcoming to everyone. […] We had a great weekend, hanging out with all those guys from the original series, and the whole thing was very surreal to be a part of. […] It’s no acting role but band-related. I’m hoping we’re in it for more than a second!

See you at the Roadhouse, guys!

You can stream the entire album here for free. Which song do you think will end up in the new series? 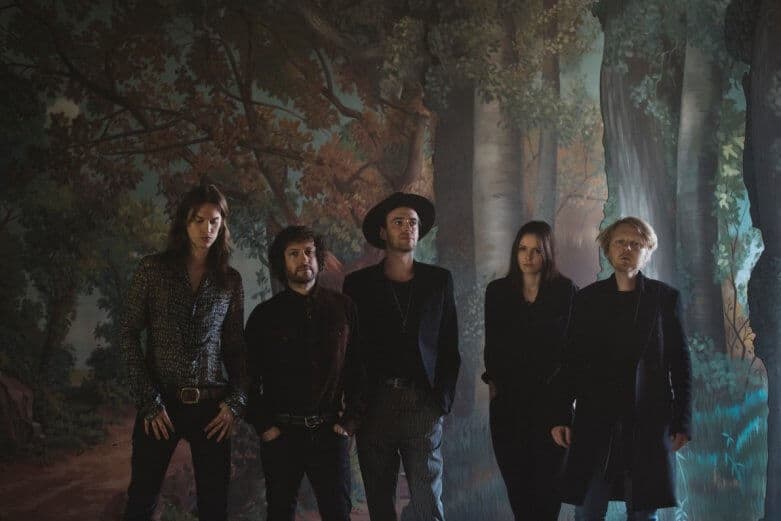 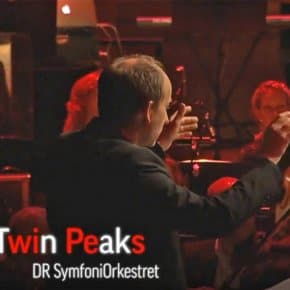 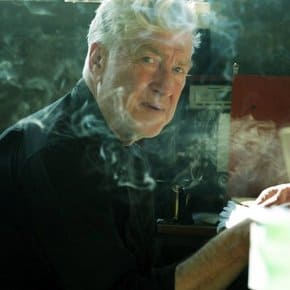