Typing isn’t necessarily part of David Lynch’s M.O. —most of his ideas for Twin Peaks were scribbled down on pieces of paper— but as he would probably say, “the artist doesn’t have to type to show typing.”

“Hello, this is film maker David Lynch. I’m going to be taking you through the magical world of typing. By the time you’ve finished this computer program, you’ll be a typing wizard.”

Reminiscent of the ’80s Commodore 64 software Mavis Beacon Teaches Typing, this free ‘trial’ software is more of a Lynchian experience than an educational tool. Creator Luke Palmer, who used to be a typing tutor himself, tells Welcome to Twin Peaks the idea for the game came from a few different places:

“One was a game called Cool Dog Teaches Typing and the other was Keyboard Sports, a keyboard based action game that had a level based on the Red Room. I remember seeing Keyboard Sports and thinking “Wow, it’s like ‘David Lynch Teaches Typing” and *BAM* I thought we had to make it a real game.”

Surprisingly, David Lynch doesn’t insist on using CAPS LOCK (like he does in his e-mails IRL), but the typing tutor does suggest some coffee and smoke breaks now and then. “A lot of the David Lynch quotes were inspired by behind-the-scenes footage from Inland Empire,” Luke explains. “I was fascinated with how he works as a director, he’s very concise and encouraging considering how bizarre his material is.”

I won’t spoil the rest of the experience, but let’s just say the software has some bugs. By design.

Available for Mac, Windows and Linux for free over at RhinoStewProductions. 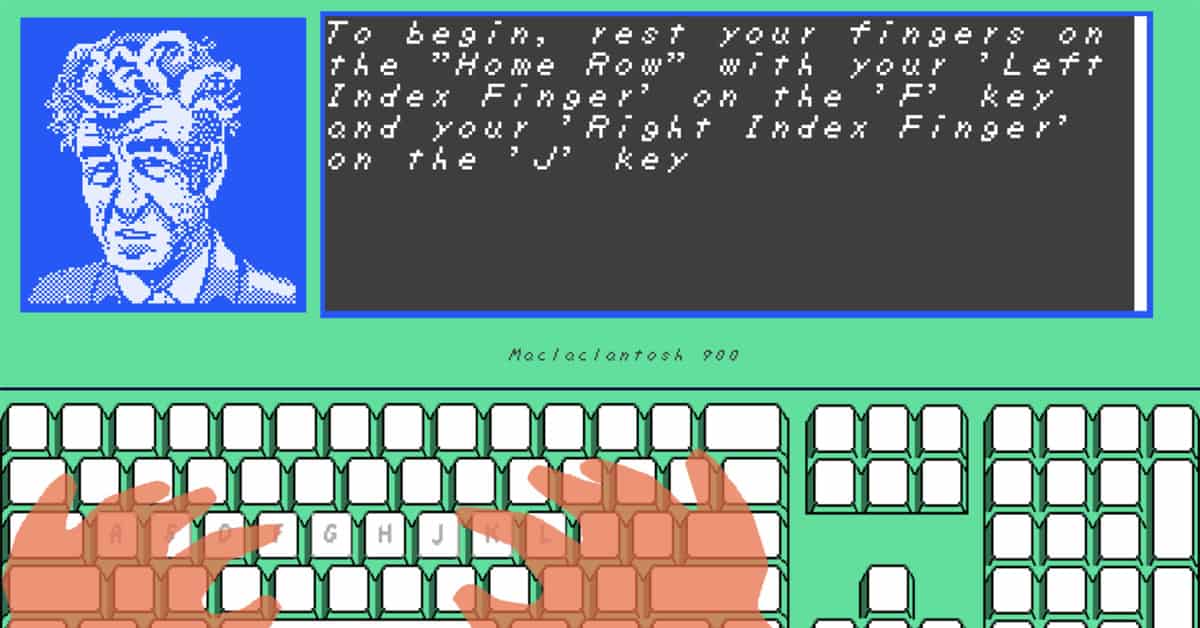 “David Lynch Teaches Typing” Is Free, Brilliant And Full Of Bugs (By Design!) is highly popular post having 1773 Facebook shares
Share with your friends
Powered by ESSB