Cooper, you may be fearless in this world. But there are other worlds.

Not a lot of people know this, but Nintendo‘s The Legend of Zelda: Link’s Awakening was heavily influenced by Twin Peaks. That other Nintendo franchise, Super Mario? Not so much. But content development agency Beutler Ink noticed several parallels between both worlds and, in honor of the 25th anniversary of the pilot, created a pixel art map which is a mashup of Super Mario and Twin Peaks.

So we set out to illustrate the world we love in Twin Peaks, a world full of small challenges and hidden messages, portals to other worlds and secrets hidden behind locked doors. Merging Twin Peaks with an 8-bit NES landscape felt natural, and it gave us a chance to see our favorite characters visualized in a new, but familiar way.

Great. Just like a new series of Twin Peaks on Showtime, I kind of want this fictional video game to become a reality too. But if you want to play an actual retro-style Twin Peaks game right now, check out Black Lodge 2600.

Super Cooper World: A Twin Peaks map in the style of Super Mario 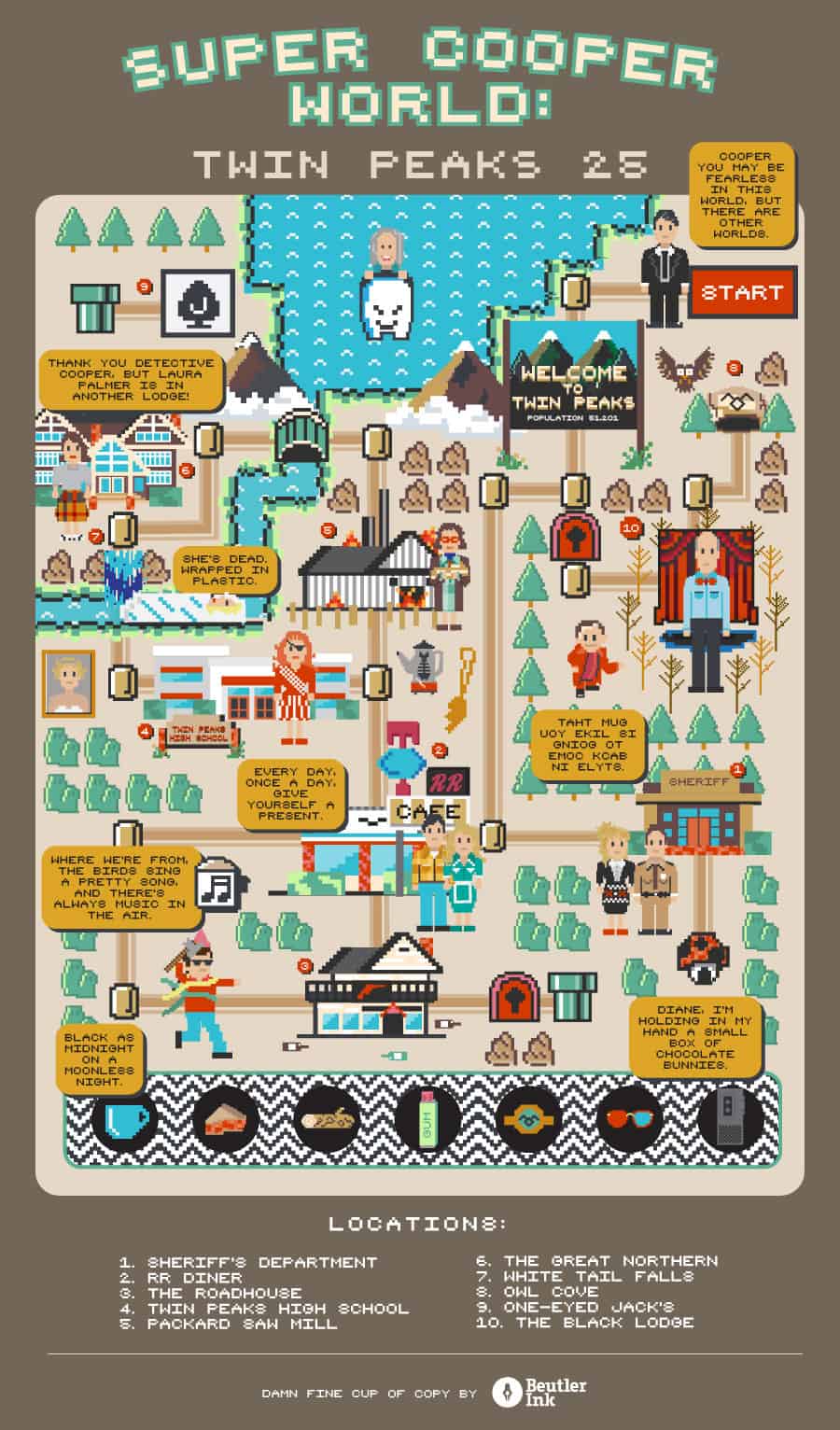 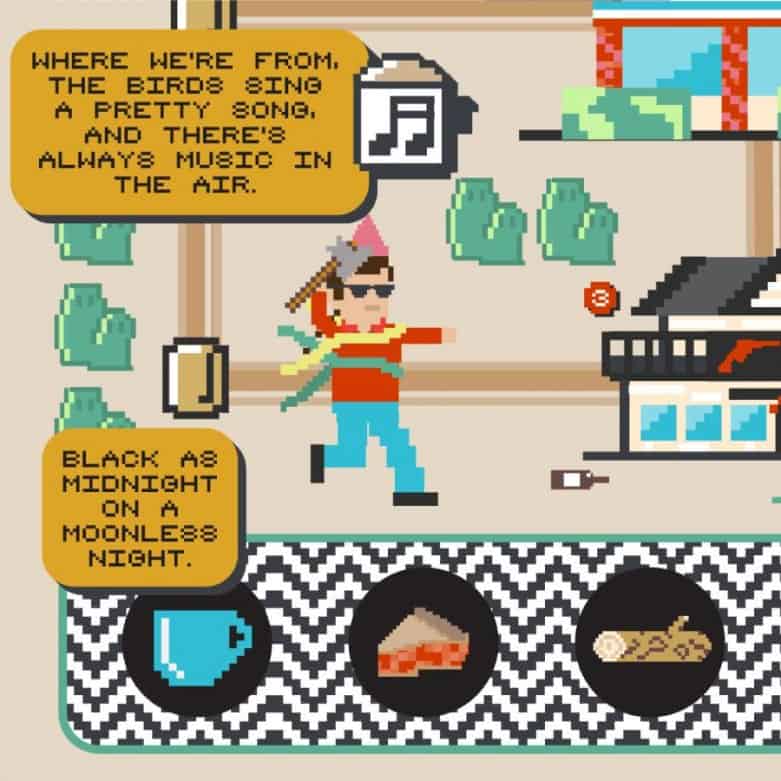