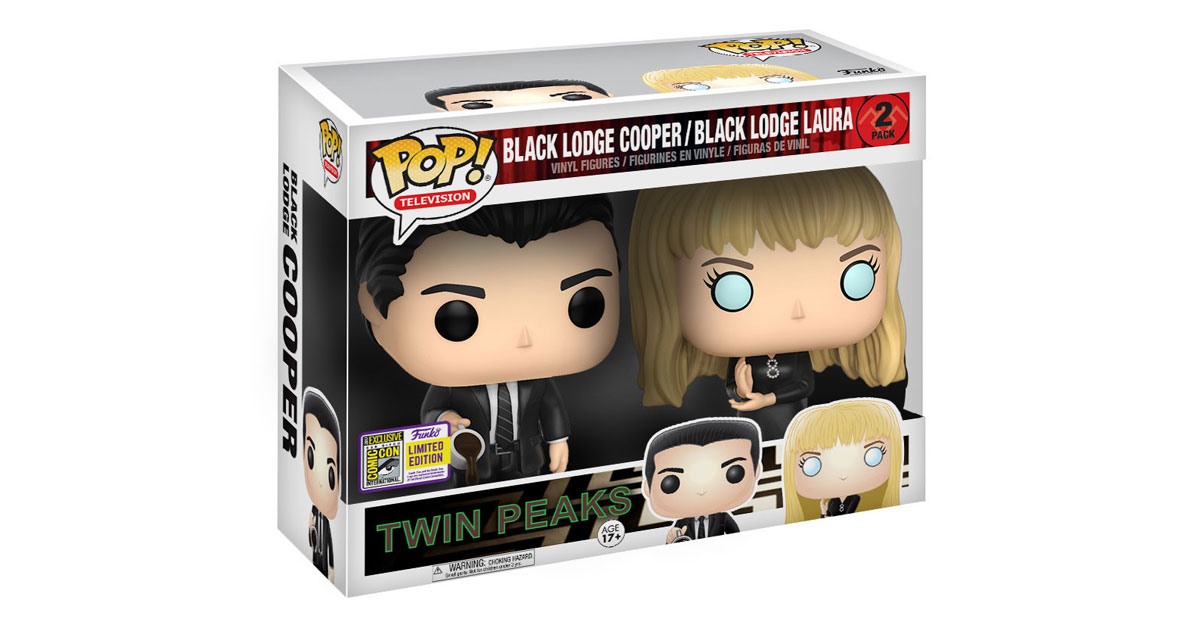 The box set will go on sale at Funko’s San Diego Comic-Con 2017 booth, but there is a good chance they will hit retail stores like Hot Topic after the convention, so stay tuned for more news. The first wave of Twin Peaks Funko Pops is currently available around the world.

UPDATE: Boxlunch is now selling them online here. Orders over $40 get $10 off with code CS9AX47J during the month of October. Unlike previous product shots, Black Lodge Cooper has white eyes like Laura. 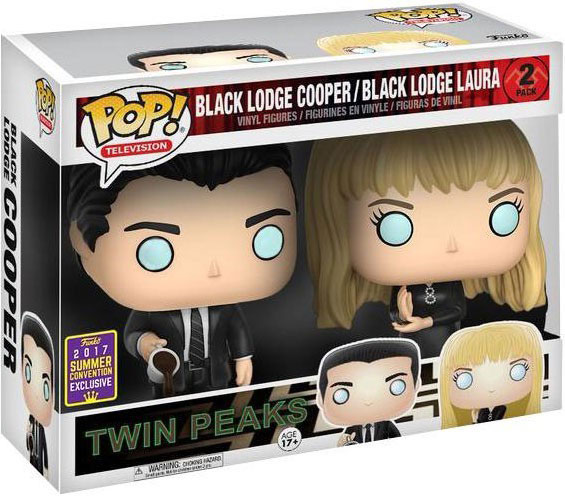 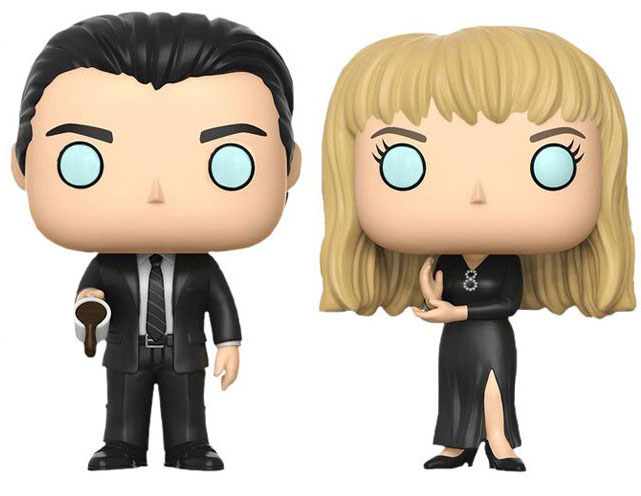 Another San Diego Comic-Con 2017 exclusive is this Welcome to Twin Peaks Sign Monitor Mate Bobble by Bif Bang Pow! All remaining stock will be sold online on a first come first served basis, so place your pre-order today. 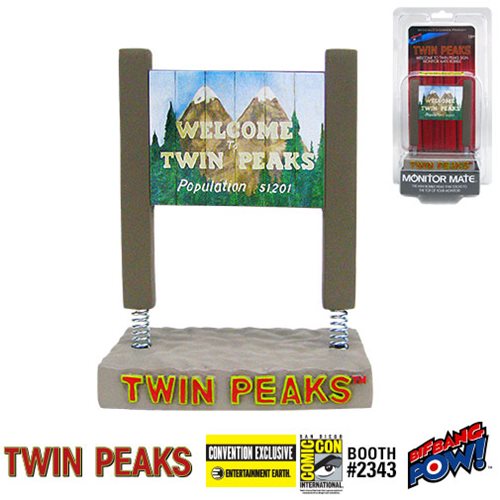 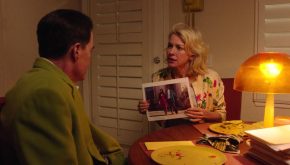 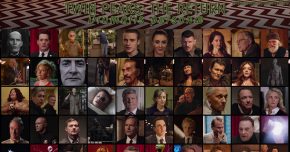