Time is a flat circle… so True Detective and Twin Peaks mashups had to happen. 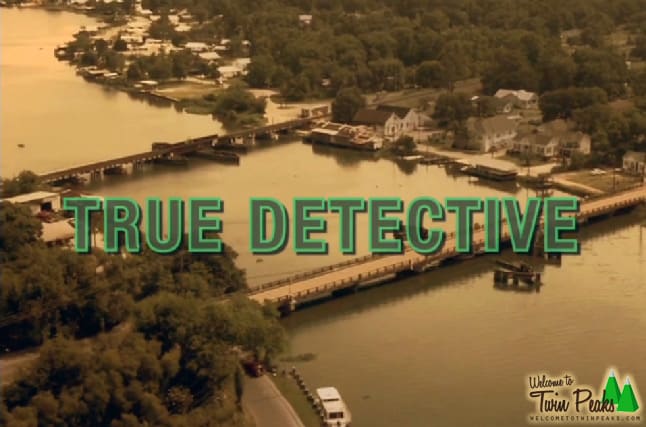 HBO’s True Detective —IMO the best television drama in years— and Twin Peaks are very different yet strangely similar. A few weeks ago, I tweeted that I wouldn’t be surprised if one of TD’s lead characters, detective Rust Cohle (Matthew McConaughey), had spent the years he was gone missing in limbo inside the Black Lodge… high on Haloperidol. In one episode, someone tells him: “I saw you in my dream. You’re in Carcosa now with me. He sees you. You’ll do this again.” Is Carcosa “another place” like the Black Lodge and is everything always “happening again“?

Other parallels are that the shows start with the gruesome discovery of a murdered young girl; they both have a character called Audrey (Horne/Hart) who’s in a troubled father/daughter relationship, and then there’s a diary mentioning the potential killer (BOB/The Yellow King). Not to mention the symbolism, slow pacing and gallons of black coffee.

Inspired by the perceived connection between the two shows, motion graphics designer Blunt Objects from Chicago, IL has made new opening credits for True Detective using the Twin Peaks theme song, font style and an eerily matching slowed down frame-rate. Some tweaks to the color grading and less of Reggie Ledoux’s place would’ve made this perfect, but I’ve enjoyed this crossover anyway!

If Dale Cooper were a True Detective, he’d drink his damn good coffee from a Big Hug Mug.

By the way, the mug is real. The still is not 😉 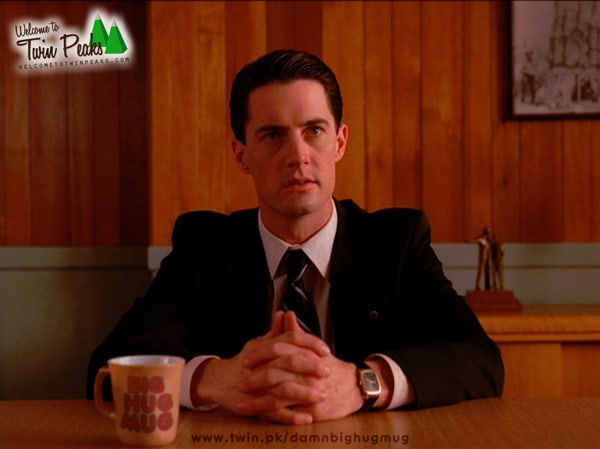 Purely coincidental if you ask me, but the old Rust Cohle could indeed be a relative to Killer BOB.

Another opening titles mashup, but the other way around (and just the still). 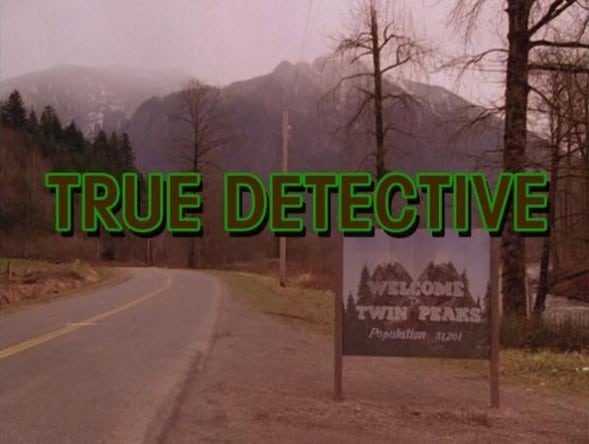 The Owls Are Not What They Seem

That owl looks like a Twin Peaks Easter Egg, doesn’t it? From the second episode of True Detective. Hat tip to Filipi. 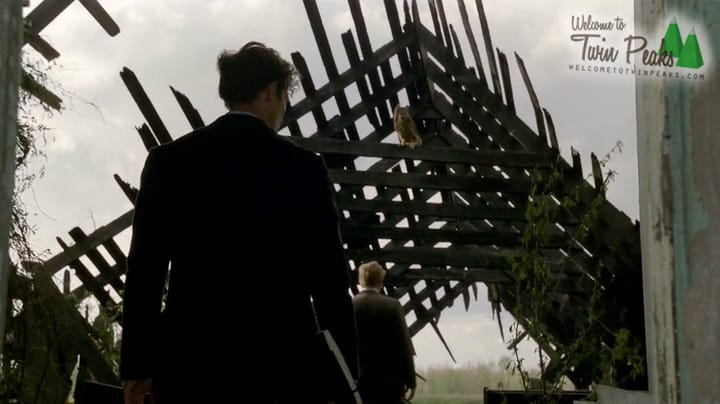 Rust Cohle Inside The Black Lodge

YES! Thank you Shindoku for visualizing this! 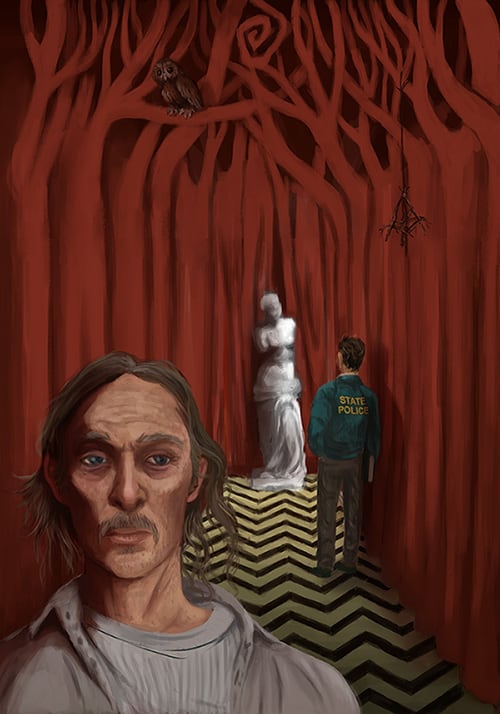 John Burnham threw Breaking Bad into the mix just because he can: The Green-Eared Spaghetti Monster, Heisenberg and Killer BOB are “one and the same“. 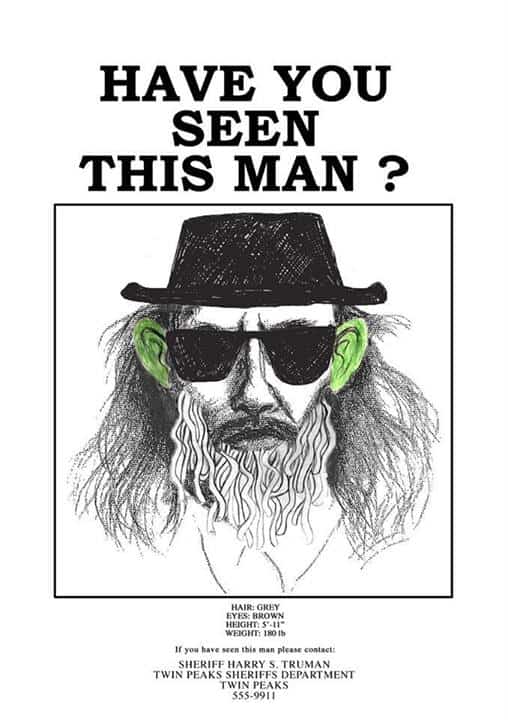 Rust Cohle And Dale Cooper Meet The Man From Another Place

One of a few True Detective X Twin Peaks drawings by Pachu M. Torres, here’s Rust Cohle and Dale Cooper interrogating the Man From Another Place inside the Red Room. Clever how he replaced the owl shadow on the curtains with the silhouette of Dora Lange.

Audrey & Coop Versus Rust And Marty

Another one by Pachu M. Torres. 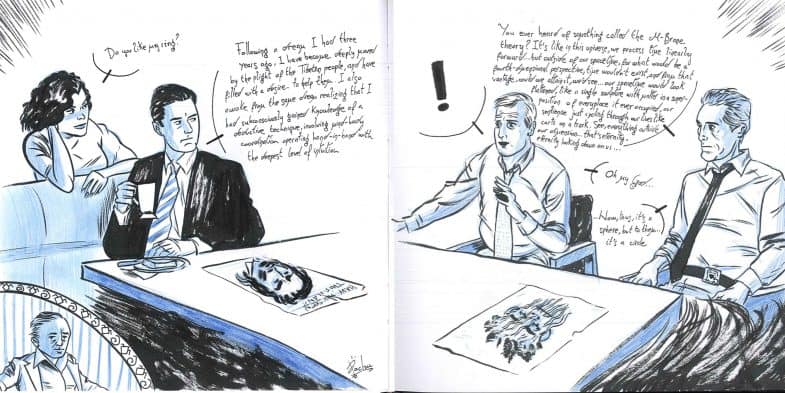 Please share your thoughts on True Detective, its likeness to Twin Peaks and your own mashups!