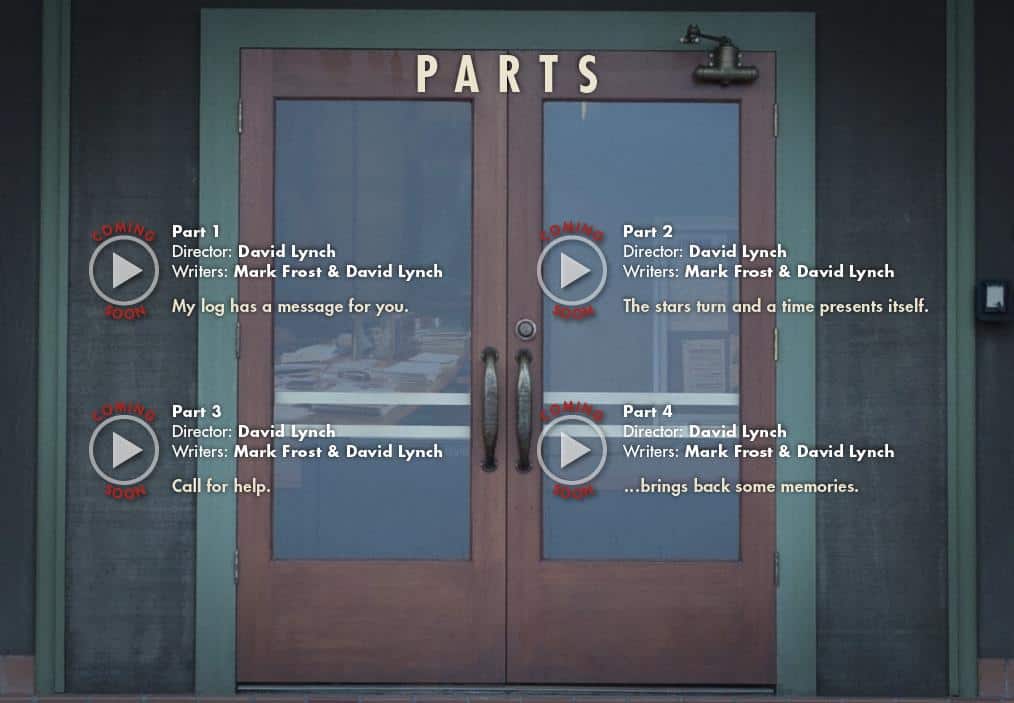 Two descriptions or titles mysteriously appeared on Showtime’s web pages for the first two of 18 parts (not episodes) of David Lynch and Mark Frost’s Twin Peaks: The Return, airing May 21, 2017.

UPDATE: Parts 3 and 4 have been given captions too.

Twin Peaks: The Return Part 1 – My log has a message for you

The first part of the premiere is called “My log has a message for you,” which suggests we’ll see Catherine E. Coulson as the Log Lady in the very first hour of the new Twin Peaks. But who is the message for?

Twin Peaks: The Return Part 2 – The stars turn and a time presents itself

The second part is titled or described as “The stars turn and a time presents itself.” Now I don’t know what that means, but I love it. Are Jupiter and Saturn in alignment again?

Twin Peaks: The Return Part 4 – …brings back some memories

The electronic press kit revealed the descriptions of parts 3 and 4. 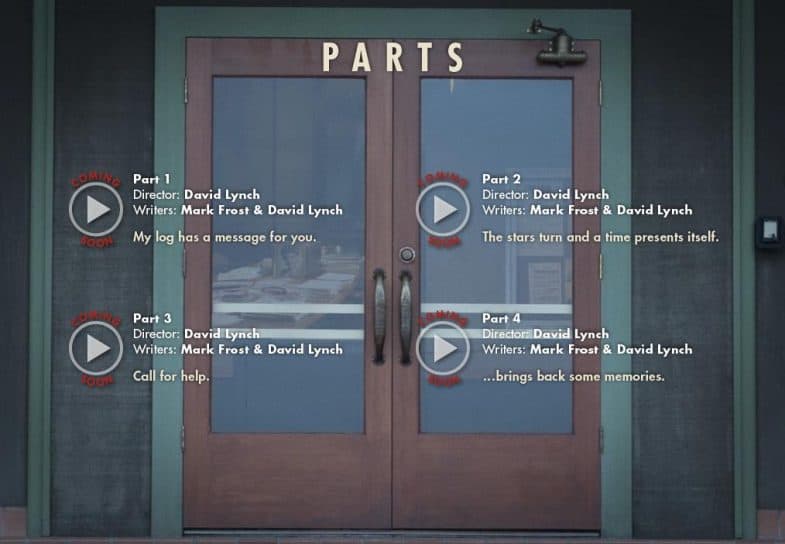 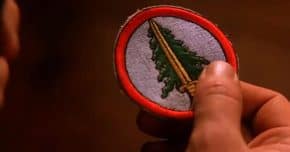 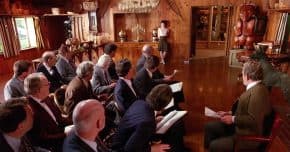