Around the same time I started watching Twin Peaks, I was hooked on just about every LucasArts and Sierra On-Line point-and-click adventure game, and I always wished for something like Dale’s Quest to happen. Of course it didn’t, but now one of the creators of Maniac Mansion is describing his upcoming game Thimbleweed Park as a “satire of Twin Peaks meets True Detective meets The X-Files.”

Thimbleweed Park is the curious story of two washed up detectives called in to investigate a dead body found in the river just outside of town. It’s a game where you switch between five playable characters while uncovering the dark, satirical and bizarre world of Thimbleweed Park.

Lost along a dusty stretch of highway, the town of Thimbleweed Park once boasted an opulent hotel, a vibrant business district and the state’s largest pillow factory, but now teeters on the edge of oblivion and continues to exist for no real reason. It’s a town that makes you itch and your skin crawl. It’s a place no one ever looks for, but everyone seems to find.

Gary Winnick, who worked on some of my favorite games like Indiana Jones and the Last Crusade: The Graphic Adventure, Zak McKracken and the Alien Mindbenders, Loom and Day of the Tentacle, drew the following comparison: “The way Maniac Mansion is a parody of the B horror genre, Thimbleweed’s a send-off of Twin Peaks and the X-Files, with some True Detective and a dash of Stephen King thrown in.”

Say what? I hardly have time to play games, but SHOW ME THAT “BACK THIS PROJECT” BUTTON!

Thimbleweed Park is now available on iTunes and from the Microsoft store (Windows/Xbox). 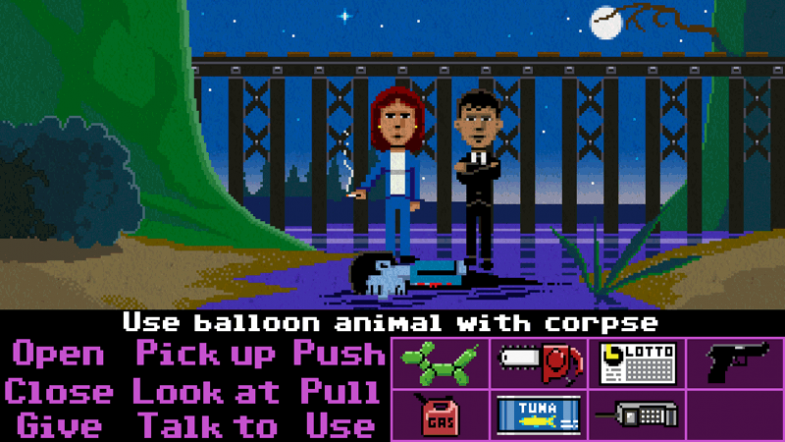 BONUS #1: A little Twin Peaks reference in the 1993 adventure game Day of the Tentacle, also known as Maniac Mansion 2. 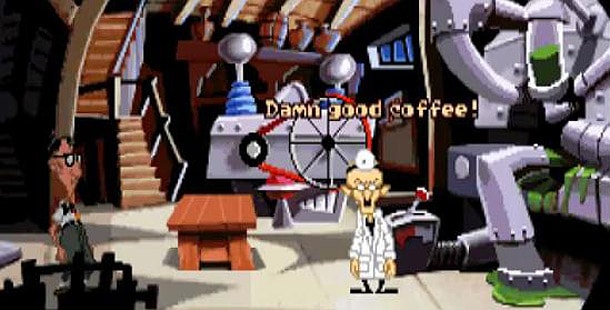 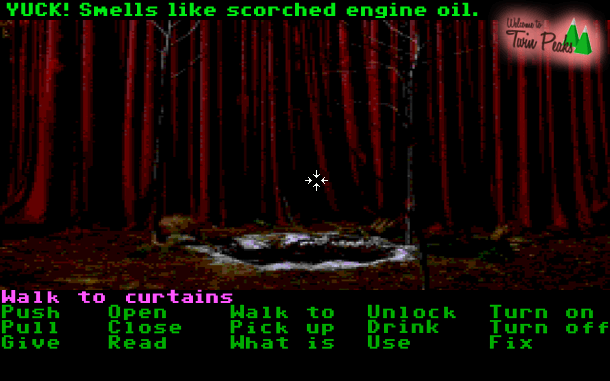 Hat tip to Fran Fox for telling me about this game.