In a previous post titled “If There Were A Twin Peaks Video Game“, I coined the idea of an early 90s adventure game called Dale’s Quest, comparable to the popular King’s Quest and Police Quest series from back in the days. In this game, you’d have to guide Special Agent Dale Cooper through “a place both wonderful and strange” using a straightforward text command interface, and discover clues in order to score points out of a maximum of 315.

One thing led to another, and I created this faux vintage magazine ad for Dale’s Quest as if it were an actual game by Ken and Roberta Williams of Sierra On-Line fame. I can already imagine the sequel: Dale’s Quest 2 – Inside The Black Lodge… 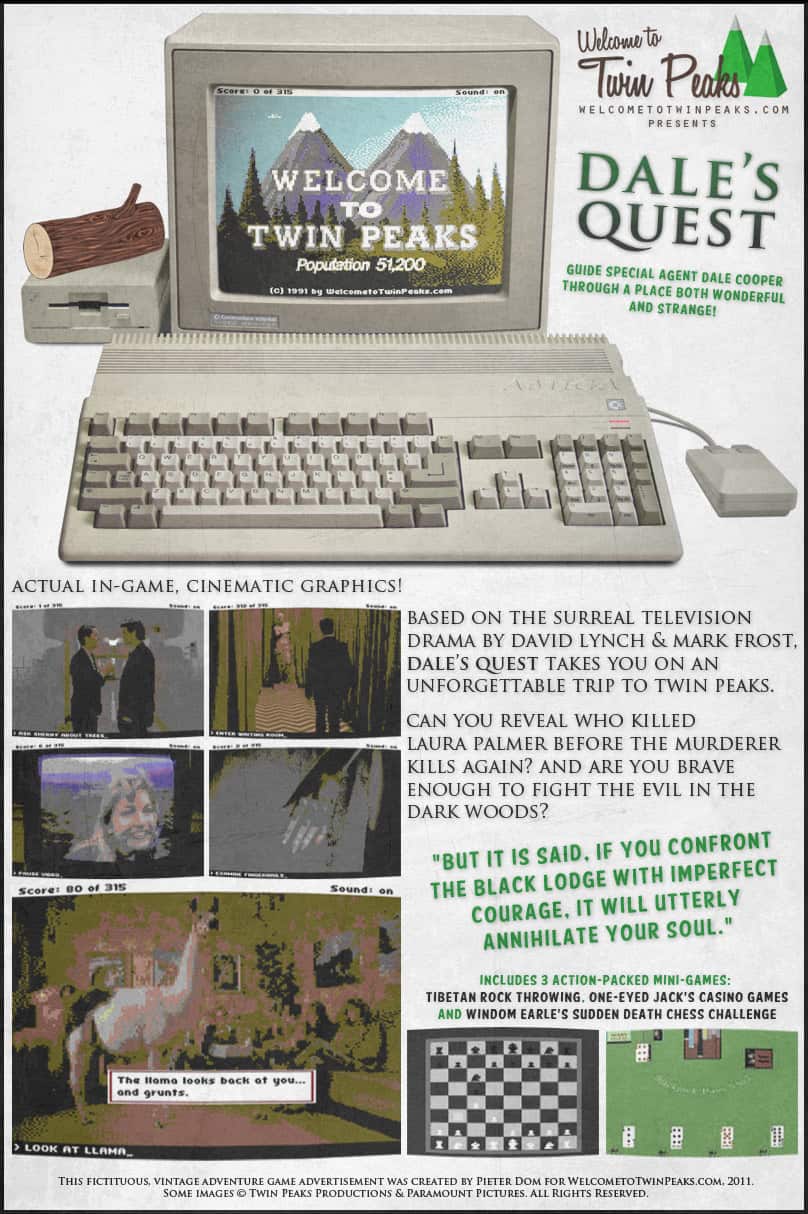 By the way, some details got lost in image compression. For those wondering, the text commands in the tiny screenshots are “ask sheriff about trees”, “enter waiting room”, “pause video”, and “examine fingernails.”