More previously unreleased season two music is now available for purchase at davidlynch.com. Just $2.99 gets you the following five songs:

Presented in this bundle is the music of the 20th annual Miss Twin Peaks Contest. I think we can all presently relate to the idea of acknowledging the history behind 20 years of something. After all, it’s the same length of time ago that Twin Peaks the television show took its final, albeit premature bow. Showcasing the ensemble effort at work in the show, the Miss Twin Peaks Pageant was one of a few town-wide events that brought many of the actors participating in disparate story lines throughout the series into the same scene. With the Miss Twin Peaks Theme, Badalamenti does his part by wrapping the sequence in an appropriate musical bow…giving a nod to the golden-era ‘That’s Entertainment.’

Included within this bundle are 5 tracks that guide us through rehearsal, opening, talent section and final winning announcement of Miss Twin Peaks. 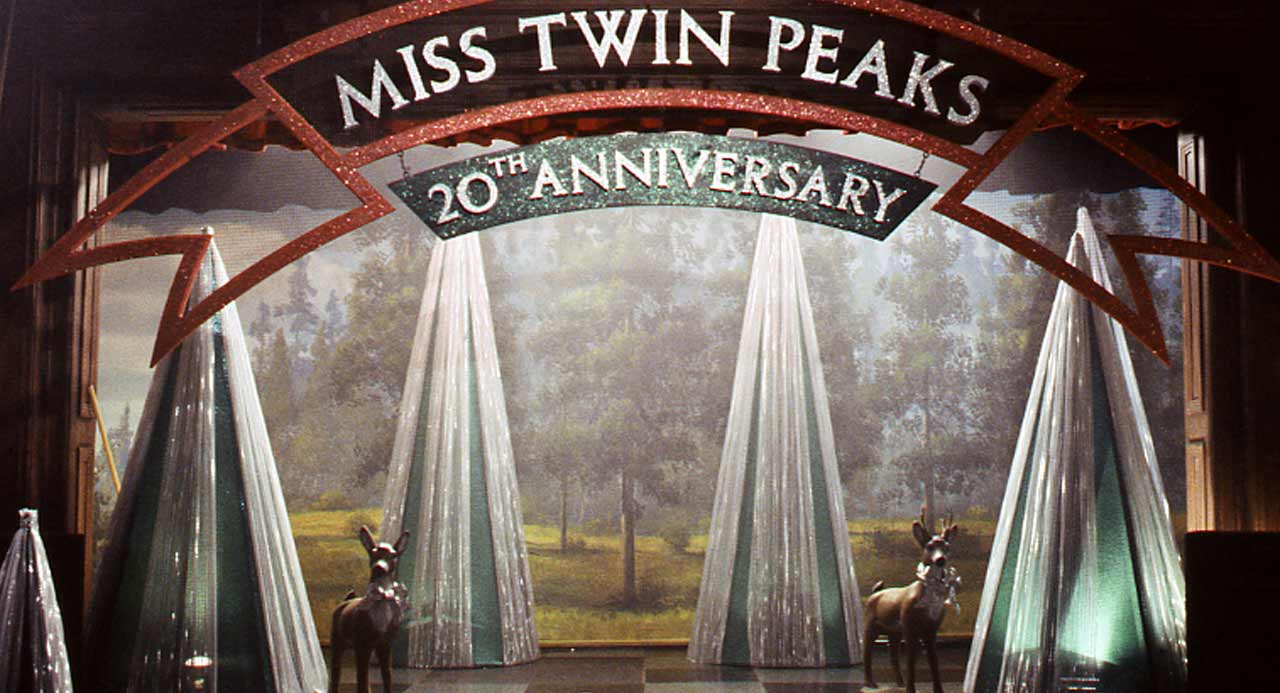