Diane, April 8th 2016. Entering the tree-filled town of Twin Peaks. I almost forgot how utterly lovely it is. After 25 years, we meet again.

Leigh Lahav and Oren Mendez have created an animated skit about Dale Cooper’s return to Twin Peaks in 2016, where he’s being told that “by today’s standards, Twin Peaks just isn’t that weird anymore.”

Coop encounters fellow TV detectives Abbie Mills from Sleepy Hollow (joined by Ichabod Crane), Fargo’s Molly Solverson, Hannibal’s Will Graham, Sherlock Holmes, and of course, True Detective‘s Rust Cohle. That last meeting happens inside the Red Room where even the Man From Another Place doesn’t have a clue what Rust is rambling about. 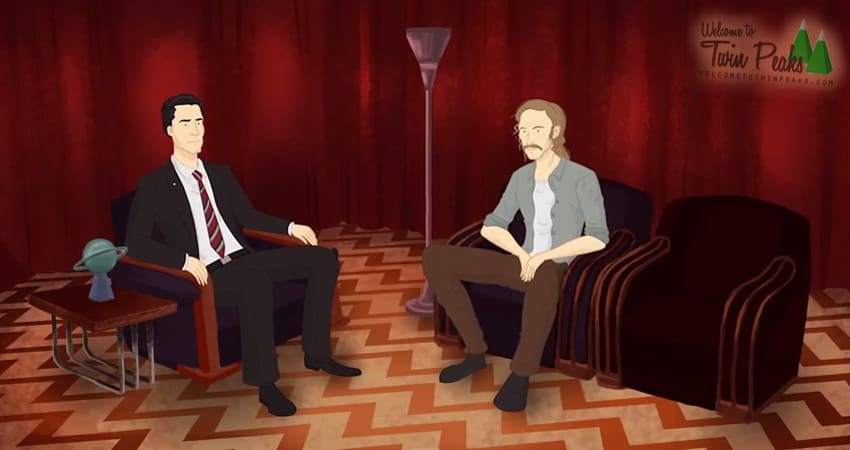