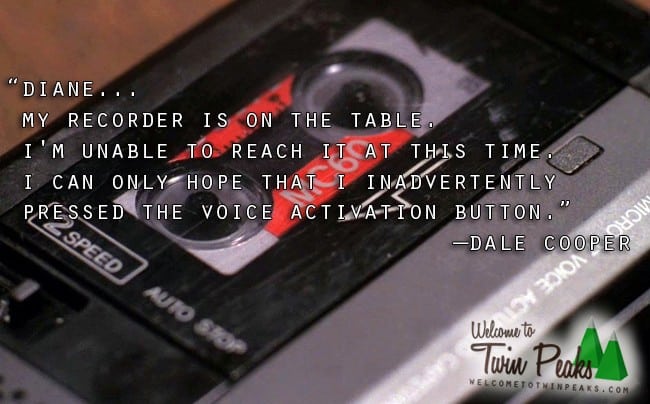 Here it is. Or here she is.

Are you looking for the Diane tape recorder phone case for iPhone?

One of three screen-used models, this Realistic Micro-27 (search on eBay) is the actual tape recorder you see on Coop’s bedside table in the season two première when he’s lying bleeding on the floor of his hotel room and getting visits from some peculiar characters.

Actor Kyle MacLachlan wanted Cooper’s dictaphone for himself, says the prop master, but it ended up in Jeff’s personal prop collection and has been on display for many years at his restaurant in Sedona, AZ.

UPDATE: The tape recorder has switched hands since this was originally posted. Stay tuned for more news on its new location. 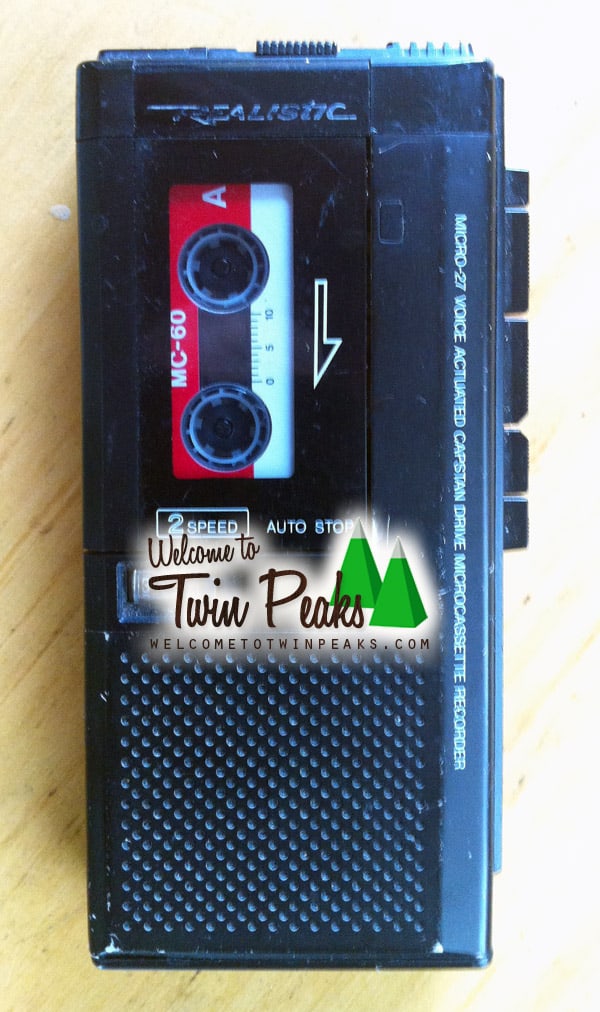 “Diane…
My recorder is on the table.
l’m unable to reach it at this time.
l can only hope that l inadvertently pressed the voice activation button.”
—Special Agent Dale Cooper

Originally produced by RadioShack in the ’80s, the Realistic Micro-27 voice-activated tape recorder occasionally pops up on eBay, though it’s obviously not the prop operated by Kyle MacLachlan in Twin Peaks. You can also turn your iPhone into “Diane” with Dale Cooper’s tape recorder case based on the Realistic Micro-26 as seen recording Waldo the myna bird in episode 6. 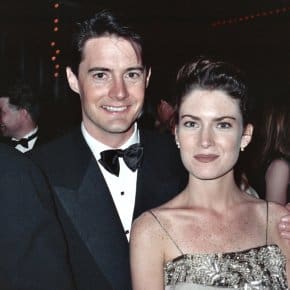 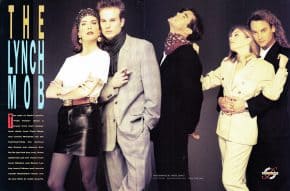