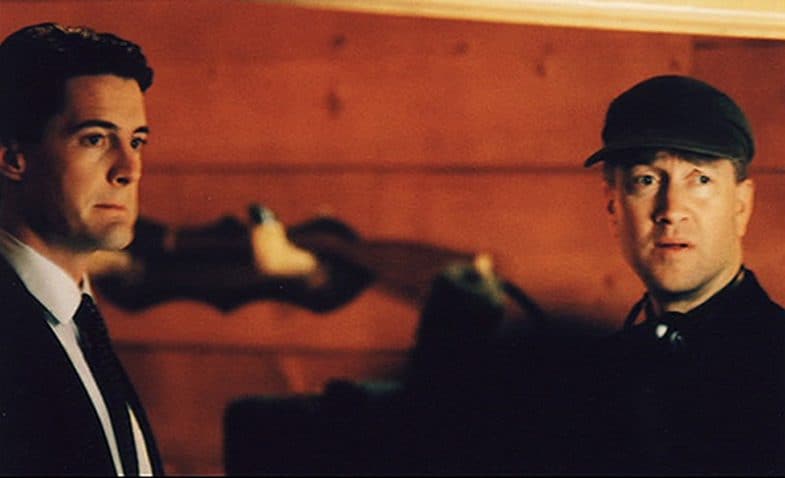 Kyle MacLachlan hasn’t read David Lynch and Mark Frost’s new scripts yet —he’s heading to Los Angeles in a few days to sit down with the masterminds and “move through it”— but he just told The Wall Street Journal that what he knows is enough to get excited.

“David and I have spoken a little bit. He’s asked me to be pretty tight-lipped about what we discussed. He hasn’t talked in great detail about relationships, or who or what or who with, those kinds of questions, but what he said specifically about [Dale Cooper] has made me really, really excited to get back into that world.”

But what the actor is most excited about, is working with David Lynch again. “It’s been such a long time since I’ve actually worked with David Lynch,” he said. “Our friendship is strong, and our working relationship is something I’m really excited to get back into.”

Showtime hasn’t set a production start date yet, but Kyle told WSJ he heard that they could start filming the new Twin Peaks in September or October. A pleasant and beautiful time to be shooting in the Pacific Northwest, right?

“We’ve always harbored a dream that we might be able to get back to [Dale Cooper] somehow. Never really thought it would happen, but here you go.”

[bctt tweet=”There’s no production start date yet, but Kyle MacLachlan heard they could start filming Twin Peaks in September or October.” via=”no”]

We expected it to be a one-off and then that was gonna be it.
—Kyle MacLachlan