If you still have some spending money left after backing the LYNCHthree documentary, you may want to look into this new campaign that recently surfaced on Kickstarter. “Save the Pine Weasel” is looking for funding to fight a life-endangering development and it’s got 29 days left to do so. It’s not just about saving the Pine Weasel, it’s about saving life as we know it… 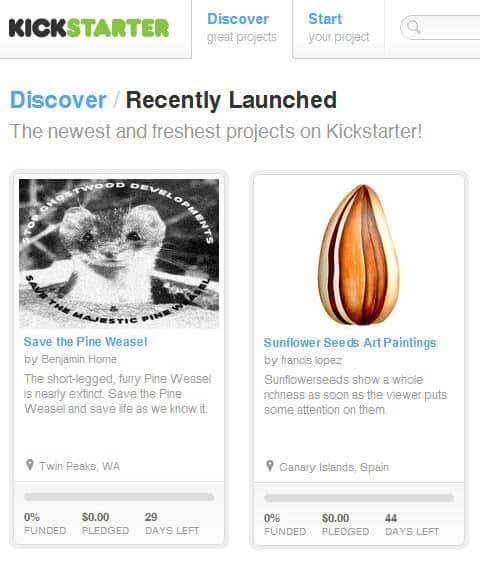 The short-legged, furry Pine Weasel resembles the marten but is actually a member of the ferret family and closely related to the European polecat. Since references to it appear nowhere in Amerindian cultures, it is likely the creature was introduced to the new world by early settlers because of its excellent ability to ferret out rats. Hunted almost to extinction by growing boys and at the mercy of a shrinking habitat, this charming and harmless animal is the focus of our fight to stop Ghostwood Estates. As a symbol of our intrepid resolve, the Pine Weasel inspires each of us and is, all in all, just a real cute little bugger.

Basically an arboreal animal, this is usually a nocturnal hunter, primarily for squirrels, though birds, insects and berries will do. Solitary animals, the males are extremely quarrelsome and have never been good at debate. Found primarily in pine forests. Endangered by the proposed Ghostwood development.

» Back this project here.