“It is my hope that this film will have a positive impact on anyone who feels stuck, or homesick for a place that they can’t recall.”
—Riley Sweeney Lynch

Riley Sweeney Lynch was a production assistant on the 3rd season of Twin Peaks, but also appeared on screen as Billy’s friend Bing as well as the guitar player in Roadhouse band Trouble. Riley, of course, is David Lynch’s youngest son.

His current project is Black Earth, a film “for fans of fairy tales, superstition, and Heavy Metal” about two lost souls falling in love in a dangerous world. Riley has launched a Kickstarter campaign to finance the Proof of Concept of this story.

“The story is one that I’ve been writing in different forms for two years now. I’ve become deeply attached to the characters, who are all manifestations of different qualities (good and bad) that I see in myself.”

Once he raises a budget of $18,000, Riley will be able to produce a standalone short film that gives people a taste of the world he created and the characters therein. Depending on the amount you pledge through Kickstarter, you’ll receive a signed poster, a t-shirt, a signed copy of Trouble’s Snakes Eyes EP, or even a personalized 30-second metal jingle written and recorded by Riley himself, which is described as “a truly brutal reward for the most brutal of backers.”

Trouble's lead guitarist in the Red Room with Gordon Cole!Behind the scenes of Twin Peaks with Riley and David Lynch. 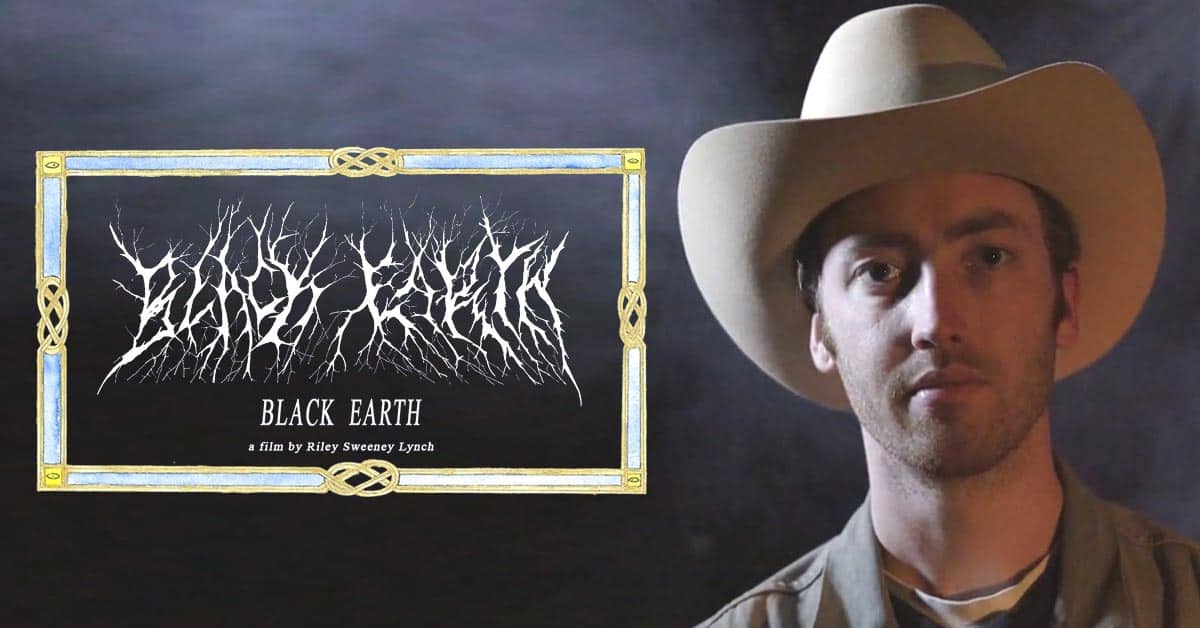 Help Riley Lynch Make Black Earth, A Film For Fans Of Fairy Tales, Superstition & Heavy Metal is peaking on Facebook with 293 shares
Share it with your, excuse me, DAMN good friends