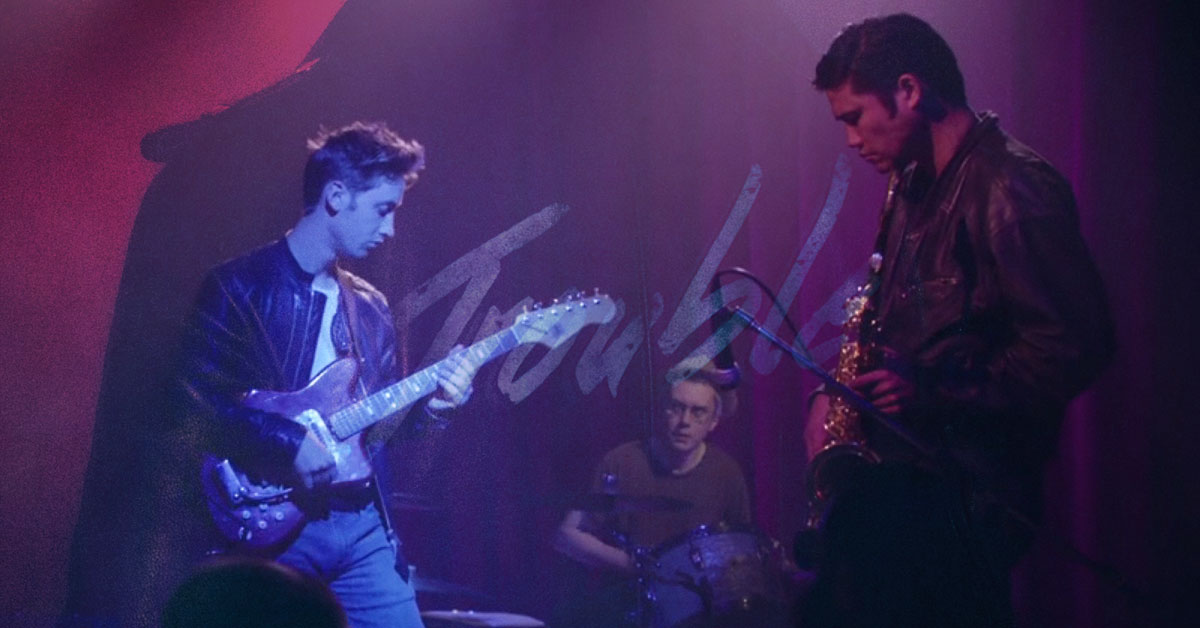 Trouble is Dean Hurley, Riley Lynch, and Alex Zhang Hungtai, and the band just made its television —yes, even world debut on the new Twin Peaks.

Towards the end of the 5th installment of the new series, David Lynch’s son (guitar), his longtime music supervisor (drums) and Dirty Beaches’ Alex Zhang Hungtai (tenor saxophone) can be seen performing the noir R&B “Snake Eyes” at the Bang Bang Bar during an intense scene introducing the character of Richard Horne, a sort of reincarnation of Blue Velvet’s Frank Booth.

The instrumental song was immediately added to the Nighttime at the Roadhouse playlist, it will be part of the official Twin Peaks music album due in September 2017, and it’s also available for pre-order on limited edition colored vinyl via Sacred Bones Records. Also check out “Mother’s Gone,” an experimental jazz noir piece on the flip side, which has hints of Laura Palmer’s Theme and Lost Highway’s Red Bats With Teeth, both by Angelo Badalamenti.

According to the record label, there may never be any more music from Trouble, “but this 45 serves as physical evidence of the group’s continued existence in a parallel cinematic universe, grinding out late night Roadhouse gigs in the fictitious town of Twin Peaks, Washington.” 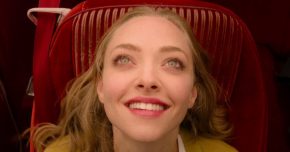