Previous Next
Jake Wardle & David Lynch behind the scenes of Twin Peaks in March 2016.

As recounted in Room to Dream, David Lynch caught wind of Jake Wardle, who played the Cockney security guard, Freddie Sykes, thanks to a viral YouTube video the British voice over artist recorded on request of his friends. Titled “The English Language in 24 Accents,” the 8-minute video (embedded below for your convenience) features a 20-year-old, blonde Jake and has gathered over 30 million views since it was uploaded in 2010. Its sequel, The English Language in 67 Accents & Random Voices, hasn’t done bad either with nearly 10 million views.

Nine years after this career-defining upload, Jake is launching a new video series on YouTube in which he dubs his green-gloved Twin Peaks character in different accents. First up, Freddie Sykes as a Redneck from Alabama, sitting outside with James Hurley at the Great Northern Hotel loading dock. Additional videos will be added as they go up.

What accent should Jake do next?

Freddie as a posh Englishman

Freddie as a roadman

The English Language in 24 Accents by Jake Wardle

Here it is, the video that got Jake noticed by David Lynch. 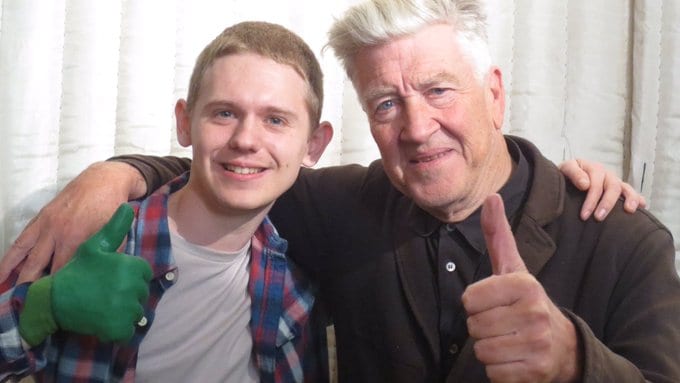 Actor Jake Wardle Gives His Cockney Twin Peaks Character Different Accents In New YouTube Series has already gone places with 427 Facebook shares
You can just stay where you are, but please share this post