Today, on David Lynch’s birthday, we finally find out what the filmmaker was doing at the Netflix headquarters in 2018. Without any bells and whistles, the American streaming service just added a short film called What Did Jack Do? written by, directed by, edited by and starring David Lynch. Also starring in the 17-minute piece is a capuchin monkey named Jack Cruz, which Lynch first mentioned working with back in 2014.

The black-and-white noir was completed back in 2016, also known as the Year of the Monkey in the recurring 12-year Chinese zodiac cycle. Commissioned by Fondation Cartier pour l’art contemporain, it premiered in France on November 8, 2017. David Lynch went on to surprise the crowd at the first Festival of Disruption in NYC in 2018 with the U.S. premiere. Starting today, Netflix subscribers can stream What Did Jack Do? via this link.

(But before you rush to Netflix and start watching it on your mobile phone, remember how David Lynch thinks about that…)

What Did Jack Do’s logline will instantly appeal to the average David Lynch fan:

A detective interrogates a monkey who is suspected of murder.

The short takes place in a train station where Jack Cruz, the murder suspect with familiar teeth, and the detective (David Lynch) engage in a dialogue filled with quotable non sequiturs and wordplay. Other cast members include Toototabon as herself (a chicken, that is) and David Lynch’s wife, Emily Stofle, as a waitress. Also featured is a song called True Love’s Flame by David Lynch and Dean Hurley, and guess who’s on vocal duties?

As always, please share your feedback in the comments!

I was lucky enough to see Jack at the Mirmar in Eugene, Oregon three years ago. I am without sufficient funds and infirmed or I would travel to follow him from club to club.

Thank you – Where I come from they say, “Music is a caged bird bein’ set free.” Don’t forget me.
JC 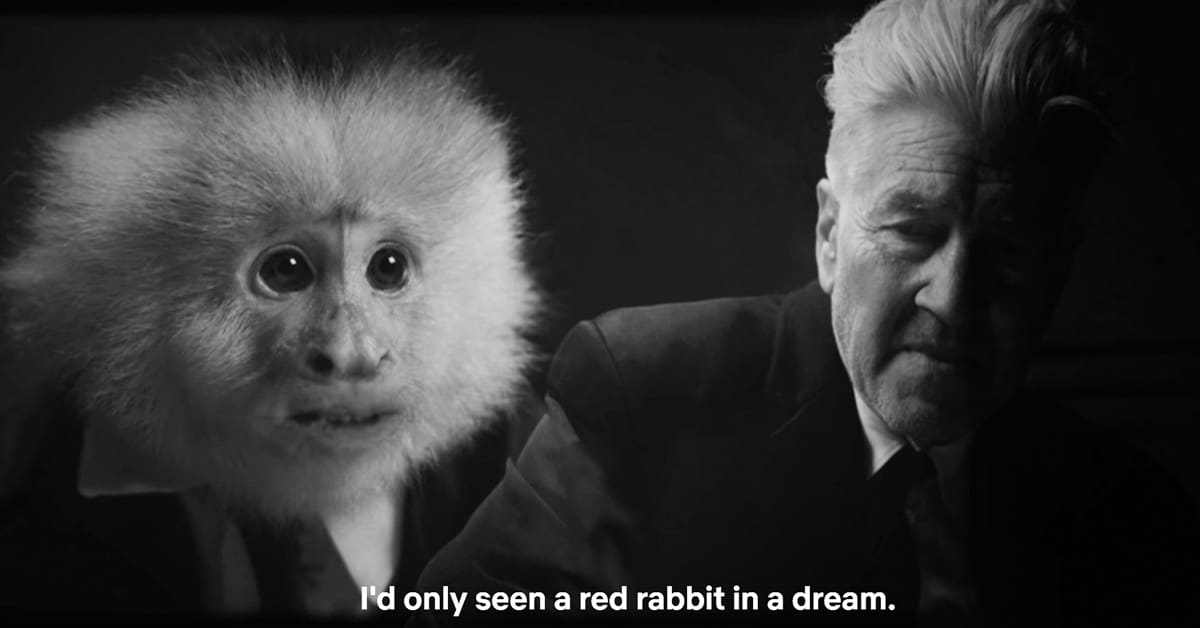