His second online premiere of 2020, following the surprise drop of What Did Jack Do on Netflix, David Lynch today released Fire (Pozar) through David Lynch Theater, a YouTube channel which recently launched with the revival of the daily weather reports from his home in LA.

The 10-minute animation was written, drawn, and directed by David Lynch and had its world premiere on March 28 back in 2015 during the Measures & Frames “visual music” event at USC’s Newman Recital Hall in Los Angeles. Subsequent screenings occurred at the Kwadrofonik Festival in Warsaw, Poland, at the Piccolo Festival Animazione in Trieste, Italy, at the Accademia di Belle Arti in Venice, Italy, and most recently during the Someone Is In My House exhibition at Bonnefanten Museum in Maastricht, the Netherlands. Starting May 20, 2020, the short film can be streamed worldwide for free.

Longtime Lynch collaborator Noriko Miyakawa (assistant editor on Twin Peaks: The Return, Inland Empire, and more) brought the director’s drawings to life. The soundtrack was composed by Marek Zebrowski, who met David Lynch at the Camerimage Festival in Poland and worked with him on multiple projects including the Polish Night Music album. During a Q&A after the world premiere, David Lynch said he gave Marek Zebrowski carte blanche to interpret the surreal visuals. The composer went on to describe his approach of the experiment as follows:

“I thought it was a very melancholic film in a certain sense and also very poetic. Without trying to be too explicit, I tried to illustrate further what David was doing. For example, there is something that looks like a hailstorm and I used a lot of pizzicato, but I also used a soaring melodic line to add a lyrical element to it.” 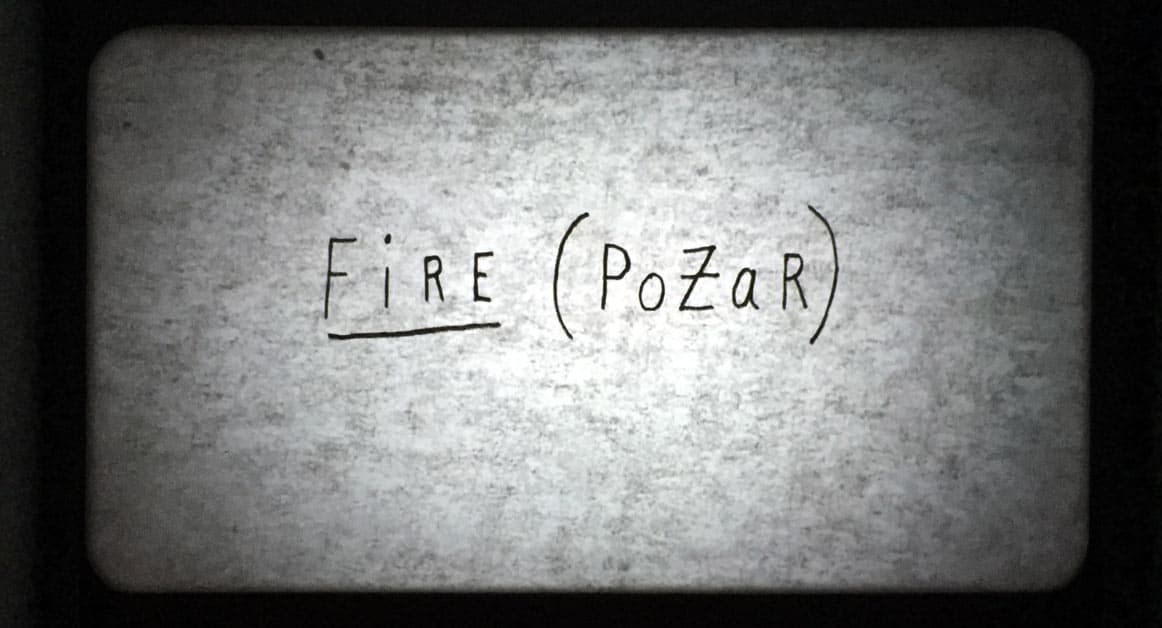