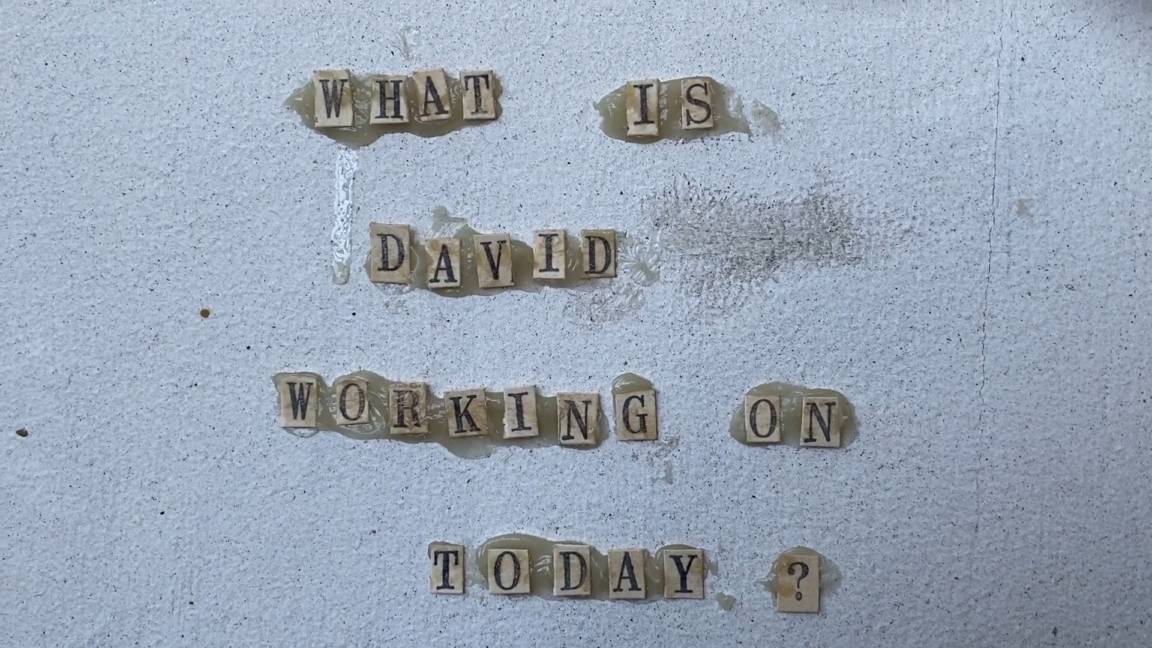 In the 80-second video kicking off the aptly titled “What Is David Working On Today?” series, he explains in detail how he’s fixing the wooden sink in his studio and varnishing an old stand. You know, typical David Lynch activities. Maybe one day, he’ll reveal he’s working on a movie script?

Today I’m working on a drain spout for the bottom of my wooden sink. I had to put a new bottom in because the old one rotted out. It’s got a bend in it, so I had to score the plywood, thin ply, and then get the bend in and then fill it with epoxy so it’ll hold the bend.

Then put in this drain. It’s a strange-looking drain but water is weird, so I’ve let it drain out but if it curdles around and wants to go somewhere this outer ring will hopefully catch it. I’m working on this wooden sink so this is the interior, like this. And I’ll hopefully get that back in tomorrow.

This here is an old stand and it’s so beautiful, the aging on it, I’m starting to varnish it to bring it back and that’s another thing I’m working on today.

Have a great day, let me know what you’re working on. 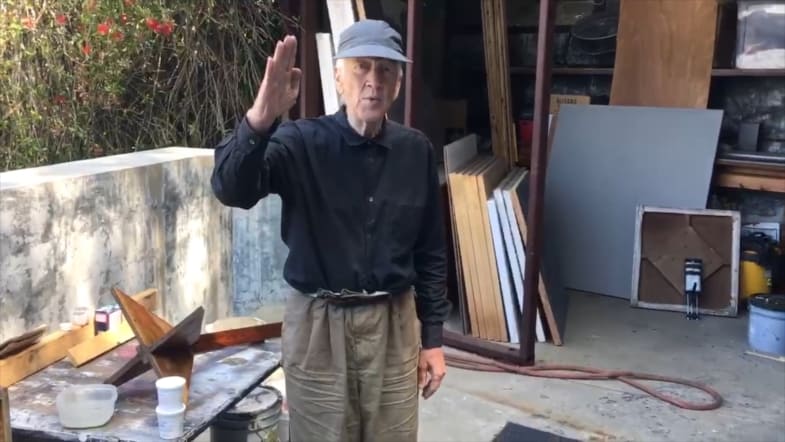 David Lynch Theater Launches New “What Is David Working On Today?” Series has already gone places with 597 Facebook shares
You can just stay where you are, but please share this post