David Lynch’s Rabbits is getting an online public release 18 years after it premiered on June 7, 2002, on the director’s former subscription site, DAVIDLYNCH.COM, and was included in edited form on David Lynch: The Lime Green Set (Amazon) as well as his 10th feature film, Inland Empire.

A new 15-minute edit of the material, RABBITS 1, is now available for streaming in the best possible quality through the recently launched YouTube channel, David Lynch Theater. Since the original footage was about 45 minutes long and given the numbering, it’s safe to assume a second and third part will be uploaded in the near future.

In a nameless city, deluged by a continuous rain, three rabbits live with a fearful mystery.

The absurd web sitcom stars three life-size rabbits played by Mulholland Drive alumni Scott Coffey (also in Lost Highway and Twin Peaks: The Return) as Jack Rabbit, Laura Elena Harring as Jane (replaced by Rebekah Del Rio in the 3rd episode), and Naomi Watts (also in Twin Peaks: The Return) as Suzie. Their conversations in nonsequiturs alternate with long pauses, an unexpected sitcom laughing track, and one of David Lynch’s signature sounds, a distant train whistle. The living room set was built in David Lynch’s garden in L.A., and they shot at night with gigantic film lights. Angelo Badalamenti composed the Rabbits Theme while John Neff did the sound design. 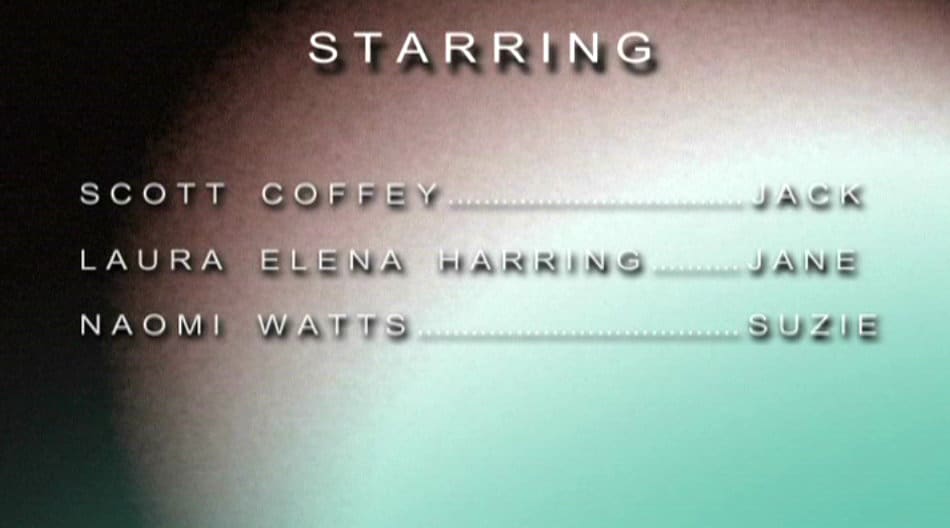 Jane: I am going to find out one day.

Suzie: When will you tell it?

Jack: Were there any calls?

Jane: What time is it?

Jack: I have a secret.

Jane: There have been no calls today.

Jack: I am not sure.

Suzie: Do not forget that today is Friday.

Suzie: Where was it?

Jack: I hear someone.

Jane: There is something I would like to say to you, Suzie.

Jack gets up, opens the door, and leaves.