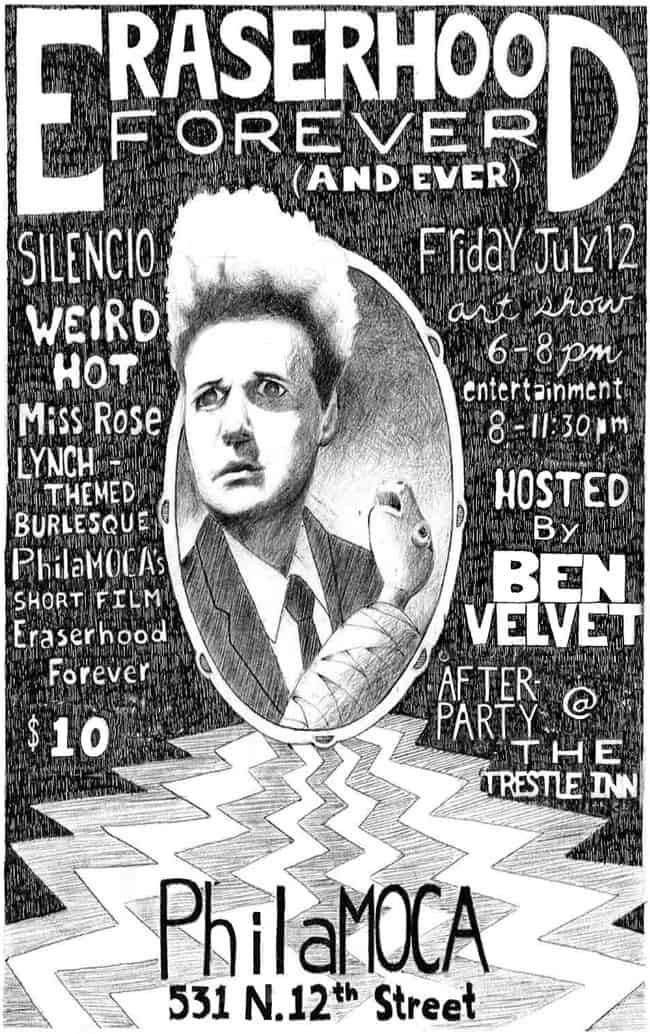 On Friday, July 12 2013, the Philadelphia Mausoleum of Contemporary Art (PhilaMOCA) is paying homage to David Lynch and the “Eraserhood” part of town with their second annual Eraserhood Forever event.

The Eraserhood is the gritty area of North Central Philly, roughly bordered east-to-west by Eighth and Broad streets and north-to-south by Spring Garden and Vine streets, where the artist lived, studied and was inspired for his debut ’77 feature film, Eraserhead. “It’s the sickest, most corrupt, decaying, fear-ridden city imaginable. I was very poor and living in bad areas. I felt like I was constantly in danger. But it was so fantastic at the same time.”

Eraserhood Forever (And Ever) will celebrate David Lynch with a themed art show and entertainment. The excellent Silencio from Pittsburgh, PA, and Philadelphia locals Weird Hot will perform, interspersed by comedy and Lynchian burlesque acts courtesy of Miss Rose and friends, with Ben Velvet hosting for a second time. Last but certainly not least, the night will also include the world premiere screening of the PhilaMOCA-created short film, ERASERHOOD FOREVER, a portrait of the rapidly evolving neighborhood.

UPDATE: Added some photos and videos from the event.

This was Eraserhead Forever (And Ever). Video by Bob Sweeny.

Silencio‘s “In Dreams” cover with Ben Velvet on the work lamp and “I Put A Spell On You”. Videos by Bob Sweeney. 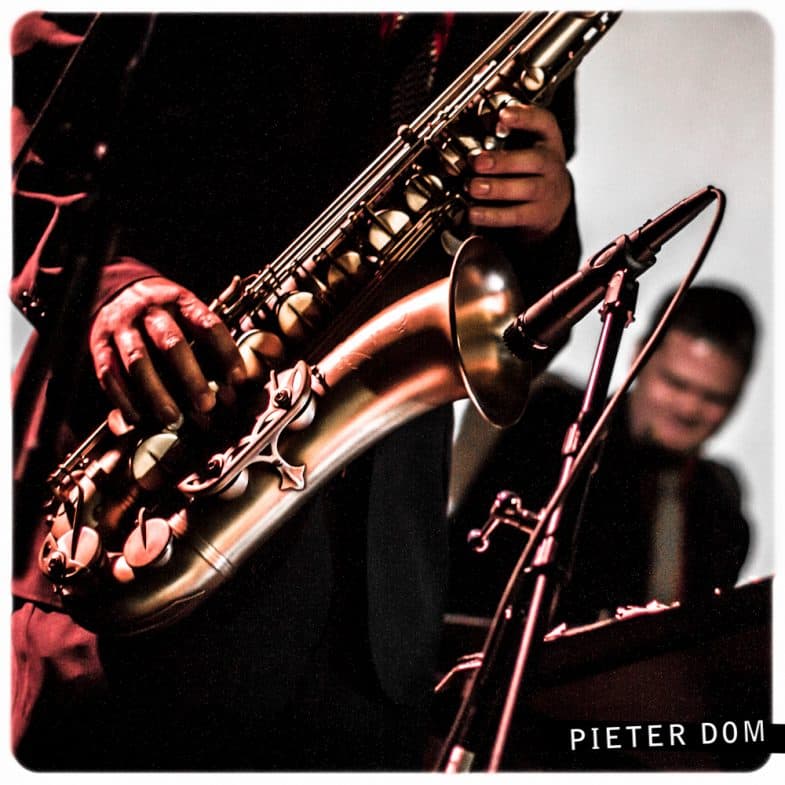 This is the spot where David Lynch used to live in Philadelphia back in the ’70s, at the southeast corner of 13th and Wood. 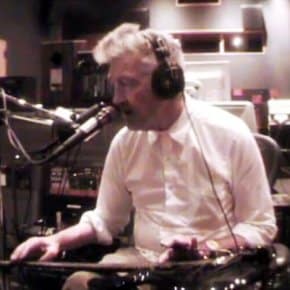 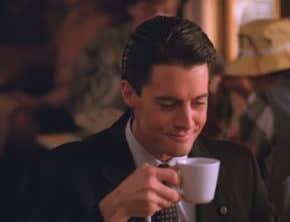